The song, "Solsbury Hill" was written by the English musician Peter Gabriel about a spiritual experience atop Solsbury Hill in Somerset, England. Gabriel wrote the song after his departure from the progressive rock band Genesis, of which he had been the lead singer since its inception. Phil Collins evidently took his place as the lead singer. Gabriel has said of the song's meaning, "It's about being prepared to lose what you have for what you might get ... It's about letting go." Former bandmate Tony Banks acknowledges that the song reflects Gabriel's decision to break ties with Genesis, but it can be also applied in a broader sense.

Here are the lyrics and the music:

Climbing up on Solsbury Hill
I could see the city light
Wind was blowing, time stood still
Eagle flew out of the night
He was something to observe
Came in close, I heard a voice
Standing, stretching every nerve
I had to listen had no choice
I did not believe the information
I just had to trust imagination
My heart going boom, boom, boom
Son, He said, grab your things I've come to take you home.


To keep in silence I resigned
My friends would think I was a nut
Turning water into wine
Open doors would soon be shut
So I went from day to day
Though my life was in a rut
Till I thought of what I'd say
And which connection I should cut
I was feeling part of the scenery
I walked right out of the machinery
My heart going boom, boom, boom
Son, he said, grab your things I've come to take you home

When illusion spin her net
I'm never where I want to be
And liberty she pirouette
When I think that I am free
Watched by empty silhouettes
Close their eyes but still can see
No one taught them etiquette
So I will show another me
Today I don't need a replacement
I'll tell them what the smile on my face meant
My heart going boom, boom, boom
Hey, I said, you can keep my things they've come to take me home

397: HOW MUCH DOES THE CHURCH SPEND ON WELFARE AND HUMANITARIAN EFFORTS?


Are we in alignment with God in how we spend our time, talents and money resources? or are we out of balance?

Last week I took this photo of an alignment of Venus and the Moon in complete vertical alignment in the heavens. I couldn't help but think on my own personal alignment with Heaven and if I am off even a slightest degree. 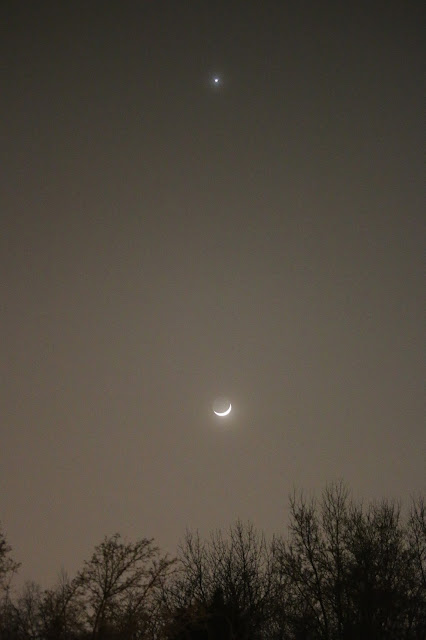 I just came across a older article in the world religion news that stated the LDS Church has spent 1.2 Billion on Humanitarian and Welfare Aid..The headline to the article was impressive...  :"LDS Church has spent 1.2 Billion on Welfare and Humanitarian Efforts" However, if you read the entire article, you will find out that the 1.2 Billion is the combined total over the past 30 YEARS.   Elder Dallin H Oaks in a lecture last month stated that the LDS Church  only spends "around" 40 million a year.

From the article, "The Church of Jesus Christ of Latter-day Saints (LDS Church) is widely known for the humanitarian services that it provides worldwide. Last month, during a lecture given at the University of Oxford, Elder Dallin H. Oaks, a member of the Quorum of the Twelve Apostles of the LDS Church said that the Church spends around $40 million on humanitarian, welfare, and other charity projects, worldwide, each year. It has been doing that for the past 30 years. Also, volunteers from the Church devote millions of hours of labor each year to assist in the projects"
Read more at World Religion News: "LDS Church has Spent 1.2 Billion on Welfare and Humanitarian Efforts" http://www.worldreligionnews.com/?p=29124


It is estimated in this article that the Church brings in 7,000,000,000.00 a year in tithing. So if I am doing my math correctly... less than 1% of our tithing goes to help the less fortunate through welfare and humanitarian aid. (exact amount is .57%)

It is like earning ten bucks and then only spending a nickel to help someone in need.

Sidenote:  Someone might even want to compare the 40 million a year spent on humanitarian efforts with the estimated 4,000,000,000.00 that the church spent in a just a few years on building a mall in downtown Salt Lake.