Today is St. Patrick's Day.. Since this is a holiday where many people get drunk...after tonight, a large percentage of people (especially if they are Irish)  would answer "Alcohol" to the question "What influence are you under?"

If only we all could answer the question that we are under the influence of The Spirit of the Lord. If we truly are keeping our Sacrament Covenants by being willing to take upon us the Name of the Christ, always remembering Him, and keeping His Commandments, we are promised to have His Spirit to be with us.. ALWAYS.

However, if we fail to live up to our covenants, we are under another influence. From the chapter "On the Sacred and the Symbolic" from Hugh Nibley's book, Eloquent Witness, Nibley writes:

"What is the result of failing to live up to our covenants? It is to be under Satan's influence; there is no other alternative, for you cannot "serve two masters" (Matthew 6:24)....

"The ordinances must be kept in the way God appointed: otherwise their priesthood will prove a curse rather than a blessing. There is no margin for rationalization or manipulation; "the moment we revolt at anything which comes from God, the Devil takes power." (TPJS, 169)" ...

Good questions to ask ourselves.. What master do we serve? Have we changed any of the ordinances from the way God appointed them? Do we rationalize this changes if any change has been made? Who is in control our lives? Who has taken over power?


Furthermore in Nibleys' book he writes:

"Many have noted the strong tendency of Latter-day Saints to avoid making waves. They seem strangely touchy on controversial issues. This begets an extreme lack of candor among the Saints, which in turn is supported by a new doctrine, according to which we have a Prophet at our head who relieves us of all responsibility for seeking knowledge beyond a certain point, making decisions, or taking action on our own." pg 414-415.

"When the extremists take over, and the ambitious corporations prevail, when the whole earth groans, who is to be trusted in such a world? "The world always mistook false prophets for true ones," said Joseph (TPJS, 206); and he noted that loyalty oaths and protestations are actually signs of desperation and mistrust.  In the end any solution given "without revelation, without commandment, would prove a curse" (TPJS, 256).


SIDENOTES:
I received a few interesting emails today that I wanted to share. In answering What influence are we under? One of the answers is Money and Wealth.

Here is a 9 minute interesting video: 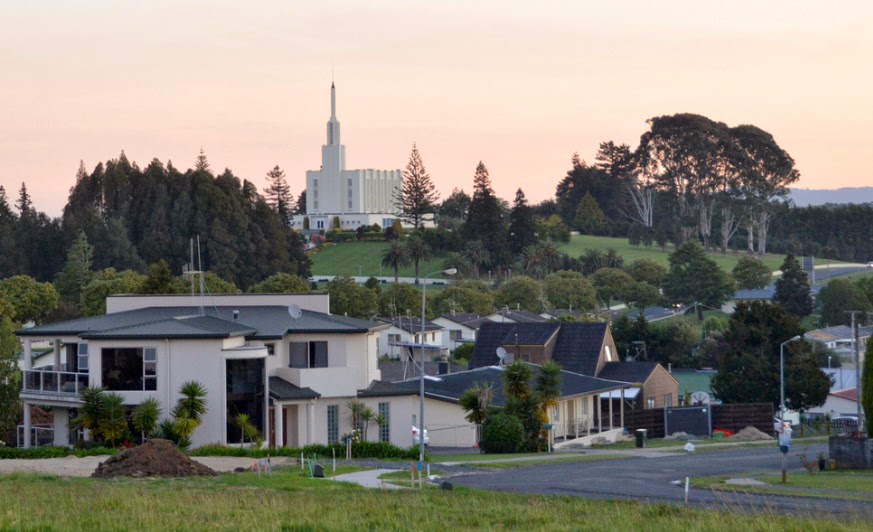 The LDS Church tearing down beloved school, homes near the New Zealand temple — and building a Legacy Park. The plan is for 100 new homes on the site, but they would be more expensive. "It feels like Americans came in and saw that our community was run-down and said, ‘This is not good enough. We need to put some sparkle on it,’ " Nin says. "If they had really looked at the people, they would know there is already something special here."

With permission, a friend sent me an email that contained part of a letter that was written to the Presiding Bishop.


This letter is written to express the concerns of my wife and myself. We identify ourselves as active Mormons, being lifelong members of the church, current temple recommend holders, faithful tithing payers, with callings in our ward, attending our meetings as frequently as health and work permit.

I am not sure to whom to address this, as this is written primarily out of concern for church spending, especially when it comes to tithing and other sacred offerings. Local leadership certainly can’t provide all the answers, as all tithing funds are funneled centrally to Salt Lake, to be spent as the general leadership sees fit. So it is to you I address this letter. If you feel this is out of your jurisdiction, please forward to the appropriate office.

It is my understanding that the church invests our tithing funds, using the earnings in projects/business ventures that aren’t necessarily projects that tithing funds are to be used for. Is this true? Does the church invest these sacred funds for profit? If it is so, I am concerned…since I believe that any money earned from investing tithing is still the Lord’s to be used with prudence.

The church has made some rather large investments recently. One was in the news last week: the purchase of land in Florida for over half a billion dollars. The other: City Creek shopping center. My wife and I really started to become concerned about church spending since news of City Creek reached our ears. We have not ventured to the mall, but we are in awe of such a building project that cost more per square foot than any other building project ever. I have read that the funds did not come from tithing, and that it was built using funds from the church’s “real estate arm”. Were those funds augmented with earnings from tithing investments? The church offers no transparency when it comes to finances, and as a member it is impossible to know where funds arise from, and where they are spent.

In a recent conversation with a friend, who happens to be an architect with one of the firms that the church uses to build temples and to maintain the Salt Lake temple, we learned about the high cost of planning and building a temple. We learned of the process of planning, making renderings of the rooms, each rendering costing tens of thousands of dollars. If the plans were not approved, the firm had to start over, and all that cost leading up to that point would have to be absorbed by the church. What a wasteful and careless process it sounds like! I know our temples are sacred edifices, but certainly the Lord doesn’t require custom furniture, custom rugs and carpets, fine gold and crystal furnishings. Doesn’t He care more about what is in our hearts than how we are adorned? If that is true for man, shouldn’t it be true for temples?

This architect friend informed us of a recent bathroom remodel in the Salt Lake temple that we had the privilege of using while waiting to attend a temple sealing. The bathroom was impressive, with solid onyx slabs partitioning the stalls and lining the walls, fine woodworking throughout, and beautiful hardware and fixtures. We were told the price to complete this project was $500,000. Did that come from tithing funds, since it was a temple project? How many poor members might have benefitted from those funds? How many temple trips might have been realized by members too poor to afford transportation to their nearest temple? How many mouths might have been fed?

My wife and I were recently made aware of starving LDS children in South America and southern Asia. It is estimated that up to 900 LDS children will die from starvation/malnutrition this year, while 90,000 will receive inadequate nutrition. Is church headquarters aware of this? The group that informed us about these children is called Liahona Children’s Foundation. This group is attempting to raise money to provide nutrition and education to these children and their friends. If what they claim is true, can’t more of our offerings be sent to ensure our brothers and sisters in third world countries have enough, and then some to spare? Especially since we are so richly blessed as members in North America.

I am reminded of a scripture in 2 Nephi 28: 12-13. I think as a church we need to heed all warnings from the Book of Mormon, as though they are directed towards us individually and as a church. We will certainly learn more that way.

My wife and I are striving to know our Savior. We are trying to teach our children to know Him, and serve Him. We continue to pay an honest tithe, and it is our hope and prayer that the leaders of this church are being honest with those tithes. If there is a system of accountability of church leadership to the members who provide the tithes and offerings, I am unaware of it. In any corporation, there needs to be checks and balances, and I am curious if there are any checks in the church. Perhaps financial transparency would be a wise initiative, so that as members we can retake our privilege of consent, even common consent, for church expenditures.

We know that Joseph Smith was a prophet of God, that he restored wonderful truths to the earth, and that we may become the beneficiaries of wonderful blessings if we seek after our Savior and do as He commands. At this time we find ourselves confused at the direction the church is moving, which feels ever closer to Babylon, rather than fleeing in the opposite direction.

If you have the time and ability to answer any of these questions, we would greatly appreciate it. We have no plans of leaving this church. We are part of this church, and it is a part of us. There is not one part that ought to be esteemed greater than the other, as every member is a member of the body of Christ. It is with this thought in mind that we submit this letter to you. 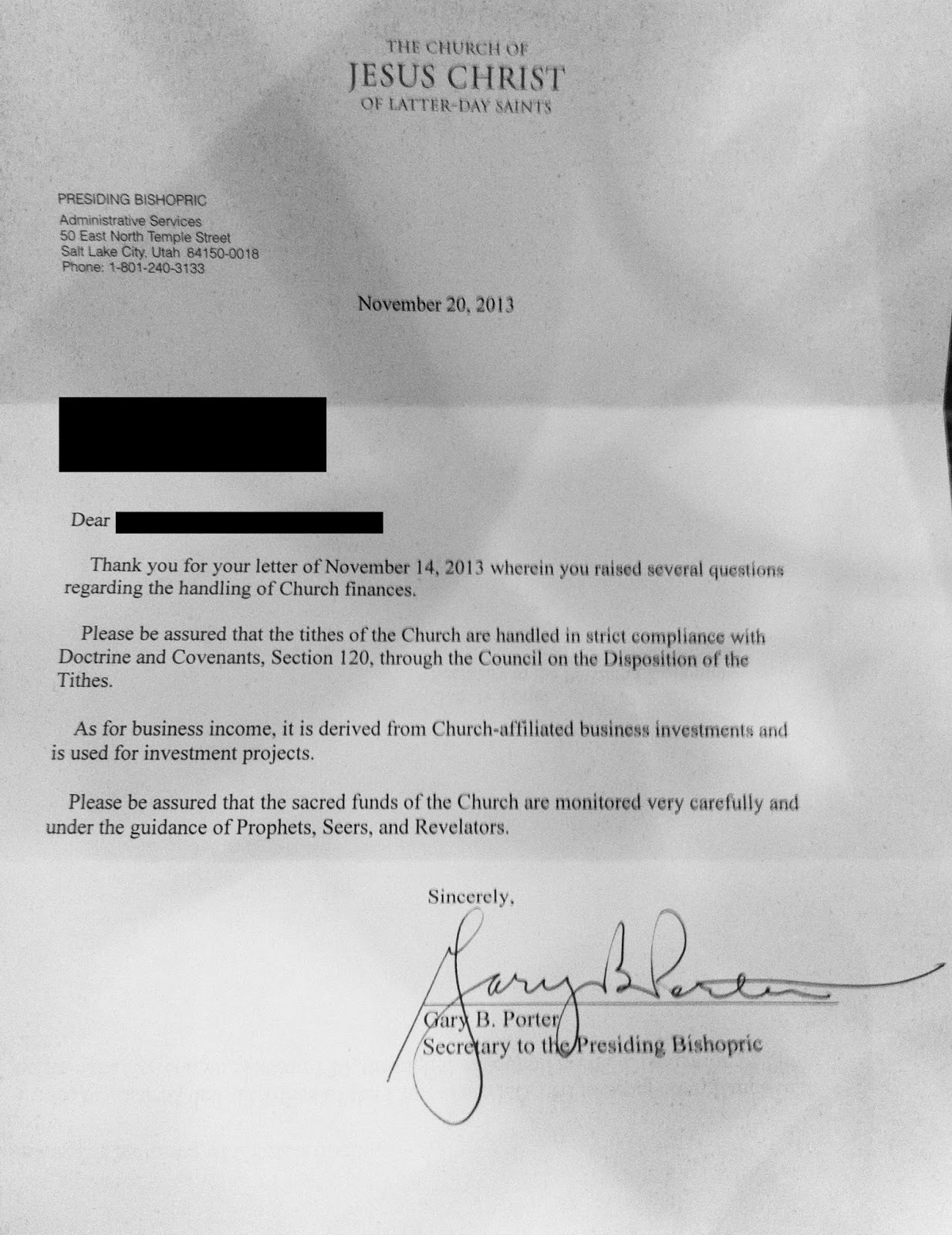 It was the announcement of the 2014 recipient of "The Pillar of the Valley" Award which is one of the highest awards given to man in Utah Valley.  This award is given at Utah Valley's premiere business gala event. If you want to attend the event as a capstone sponsor" it will cost $10,000 (not including the cost of the tuxedo.) The event is advertised as "This is a black tie-optional event that is first class in every way. ". Billboards can be seen in Utah Valley along the Interstate 1-15 announcing the winner.  Here is the website to see who will be receiving the award. WINNER.


BTW: An Electronic Billboard can be seen driving North on the east side of I-15 between 1600 North Orem Exit and Pleasant Grove Exit of the recipient as well. Here is a small cell phone photo: 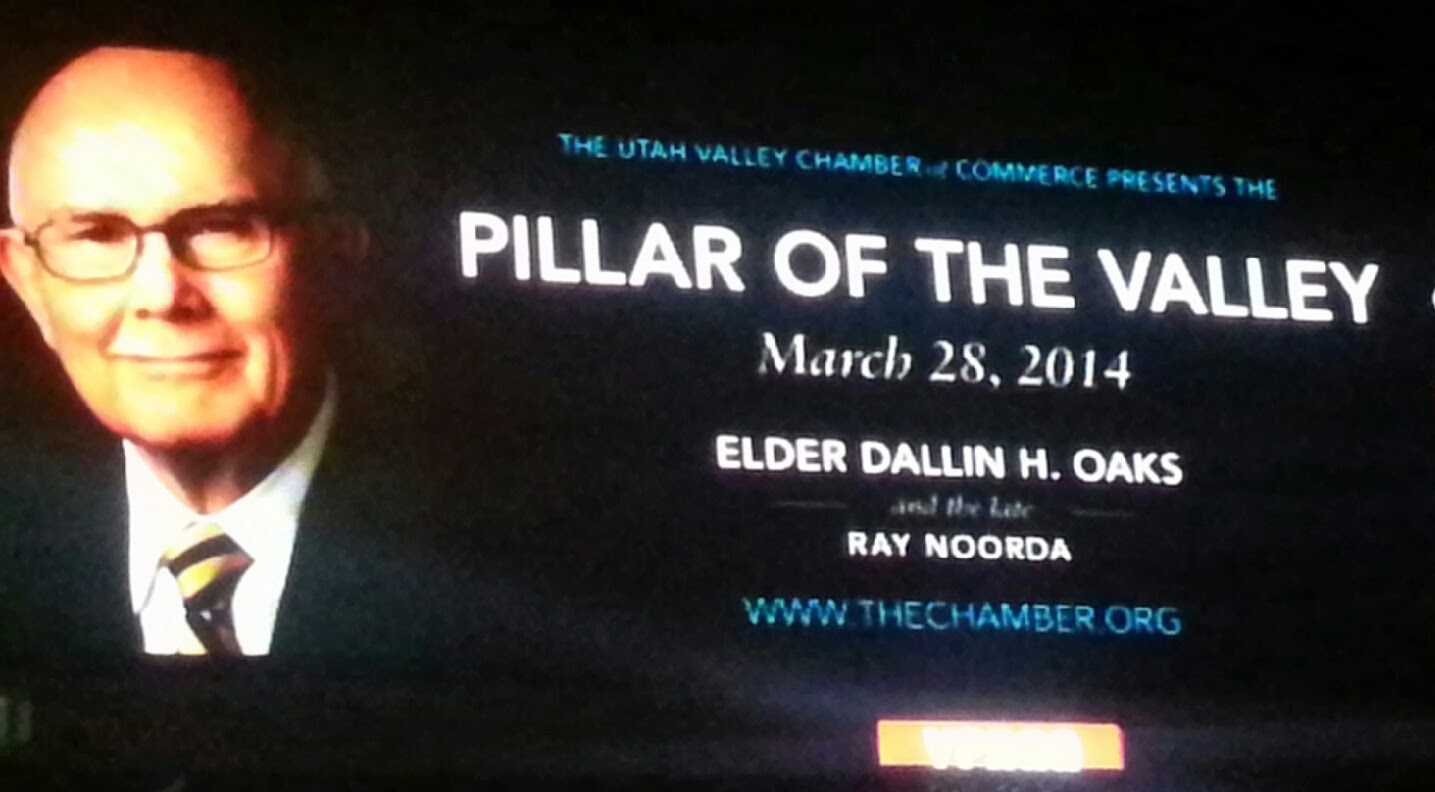 And Lastly: New Scout lodge to be named for LDS Church President Thomas S. Monson. The lodge will be named the Thomas S. Monson Lodge in honor of the longtime Scouter and president of The Church of Jesus Christ of Latter-day Saints. The lodge will be the centerpiece of the Hinckley Scout Ranch (named after the father of Gordon B. Hinckley), which is home to several separate campsites including Tomahawk, Frontier, Ridgeline and Sunrise. The nearly 23,000-square-foot lodge will feature conference rooms, restrooms, a Scoutmaster area with Wi-Fi access, a full-service kitchen, a dining patio, and program pavilions.   LINK﻿
Posted by BARE RECORD OF TRUTH at 5:11 PM 34 comments: