111: RE-CONNECTING BACK TO GOD

This is the number 111 post on this blog. Three ones. For this post, I have felt prompted to share three short experiences that happened to me recently. (for those who read the previous post Wicked vs Evil, I did not number it and it is not just by chance that it preceded this post, there is a pattern in all things)

Even though alot could be said about the symbolism of the number three, I wanted to briefly mention a few. Three is symbolic of divine completeness. It is also a number for perfection of testimony.  Three stands for that which is solid, real, substantial, and complete. Three is associated with the Godhead. God's attributes are three: omniscience, omnipresence, and omnipotence. There are three divisions of time: past, present and future. The Lord rose on the third day. The number three makes a complete solid witness, such as Peter's denying Christ three times, then later the Lord asking Peter if he loves Him three times.  In Jewish customs, when a friend had an important question to ask someone, they would knock three times on their door, which is very symbolic of other sacred things. 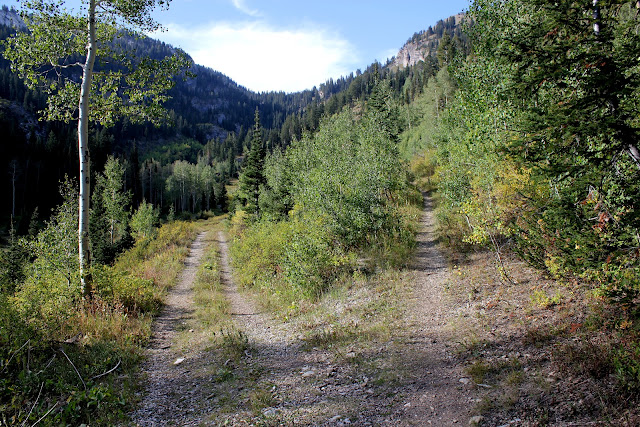 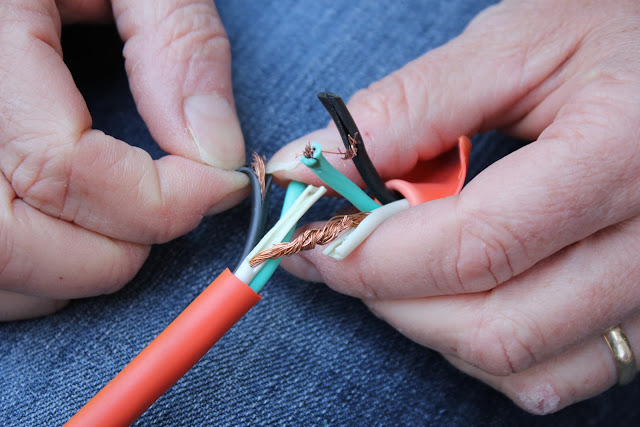 ".. to those whom God should call in the last days,
who should hold the power of priesthood to bring again Zion, and the redemption of Israel;
and to put on her strength is to put on the authority of the priesthood,
which she, Zion, has a right to by lineage;
also to return to that power which she had lost. "
Doctrine and Covenants 113:8

My wife and I were recently doing yard work in our backyard. We were trimming our bushes with an electric trimmer. In order to reach all the bushes, we need to use a long extension cord to supply the needed power. Unfortunately, due to a distraction when we were working, we cut the extension cord with the electric trimmer. The trimmer no longer worked due to the lack of power.  Realizing our error, we unplugged the cord to see where the wires were cut. All three electric wires were completely severed. We then began the process of reconnecting the wires by intertwining them. Once finished with the reconnection, the wires were united in one again.With the power now restored,  we were able to carry on. 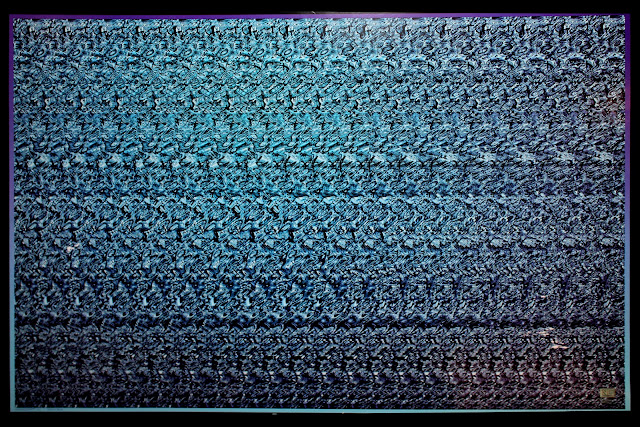 I took the above photograph from a poster that was given to me by my parents when I was young. It hung in my bedroom growing up. The color blue has always been my favorite color, partly because I love to be around water. What is interesting about this print is that there appears a 3 Dimensional world instead the image that few can see. It is still possible to see this on this blog image. On the surface it appears to most people as a chaotic design pattern. However, with the correct view, it creates a beautiful scene of a mother, with her young looking up into the heavens at night.

I am not sure where I found this, but I wrote this down in my journal.

It has never been God’s intention to hide Himself from us. On the contrary, we have been the ones to hide ourselves from Him- a habit we inherited from Adam and Eve. Our determination to hide, however, is no match for God’s ability to seek and find us. When He does draw us from darkness to light, and as we surrender ourselves to His love, the roles of hide and seek are gradually reversed. Instead of God having to seek us, we begin with our whole hearts to seek Him. We have an amazing Savior who makes the process of getting to know Him.. life’s most rewarding adventures . God assists our quest for Him by revealing Himself to us on many levels.

Physical eyes and physical ears are incapable of perceiving things which are spiritual in nature. Satan is fearful of the believer who is mighty in spirit and has his spiritual eyes open. It has been Satan's tactic to tempt us either to ignore the spirit altogether, or to pursue spirituality in other ways. On the other hand, God would have us develop  our spiritual eyesight and hearing by means of obedience to His Word, and using our Spiritual Senses.
Posted by BARE RECORD OF TRUTH at 3:32 PM

You have a beautiful soul--thanks so much for sharing your thoughts with us.