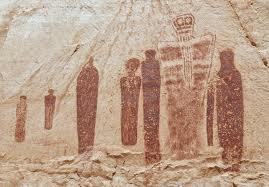 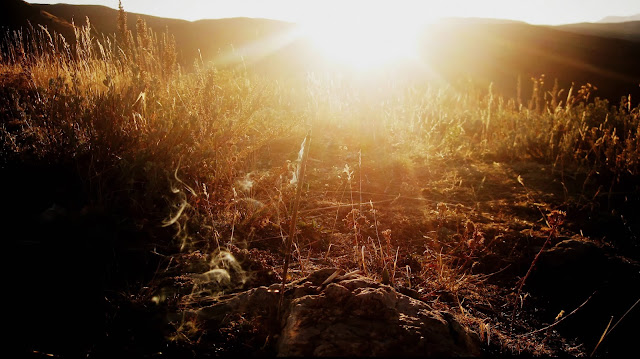 Posted by BARE RECORD OF TRUTH at 1:18 PM

Amen brother. Love the outdoors. That's why I'm such an advocate of taking young men (in the young men's program) on scouting campouts and other outdoor activities. No video game or indoor activity can replace watching a sunrise or sunset.

Beautiful, thank you for sharing your thoughts :)

The pictures are really quite spiritually profound, I can see clearly how this can relate to whats happening now and Book of Mormon times. Thank you for sharing. I never knew this before.

This is one of my all time favorite films. The music by Philip Glass was a great addition to the motion picture images. I also found the text of the Hopi prophecies set to music to be equally striking.

Interestingly, I have not, until today, looked closely at the pictographs they used in the film. They are far more amazing than I had ever considered. I've always known the Hopi to be a special people. The accuracy of some of their prophecies to me was something that got my attention years ago. However, I can see these people certainly knew the Savior.

I consider myself so blind. I also rejoice when I learn things that help me to open my eyes. Thank you!

There is another documentary; and while it has no commentary or narration, it is of recent, one of the more "disturbing" films I have seen. The name of the documentary is "Samsara". Because of the visuals and music used; and the stark contrast between what is clearly the arm of the flesh (or manufactured flesh, literally) ... one can't help but see with new eyes when the director of the documentary chooses to show nature in all its beauty ... a very intense contrast. Again, I hesitantly suggest its viewing ... we are so far from a true connection to God.

Now, having said that ... there is a way (well many ways). It wasn't too long ago on my path, that in the course of homeschooling our kids I came across Plotkin’s, "Nature and the Human Soul." After reading that and gleaning the parental resources at the back I thought (in all my wisdom, ya right), that I would order some of those resources FOR my children. Well these books came ... and I started reading through them; and I think one of the most powerful experiences I had, was the clear, distinct message which came, that while my children would benefit .... the books, and experiences that subsequently came were for me!! Father intended for me to read and learn from such books as "Children's Special Places: Exploring the Role of Forts, Dens, and Bush Houses in Middle Childhood" and "Living by Wonder" and "The Geography of Childhood: Why Children Need Wild Places". Yes, I have always loved the outdoors; hiking, wading in wild rivers. But there really is something to (re) connecting with nature, with the wild, both in nature and within ourselves – becoming as a little child.

There is something to God’s sequence or natural order; the natural transitions, rites and ordinances that occur as we experience a congruency between our temple and His – this tends to occur in greater frequency and intensity in nature :)