In the new LDS Church History Museum is a display explaining the origin of polygamy within the Church.  The display is entitled: A Test of Faith: The Saints and Plural Marriage. 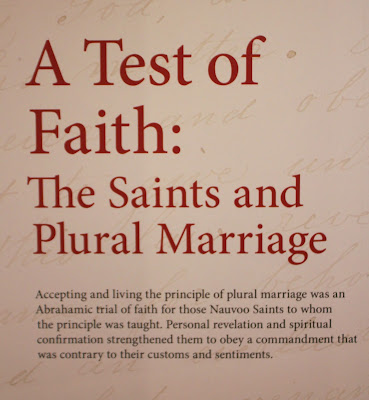 As part of the display is the following statement:


Monogamy is God's standard for marriage unless He declares otherwise. In 1831, when Joseph Smith was making inspired revisions in the King James Version of the Bible, he asked God why He had permitted plural marriage in biblical times. God revealed that He had directed it for His own specific purposes, and then He commanded Joseph to live the principle and introduce it to the Saints.
Joseph was understandably cautious about when and to whom he taught this principle. He waited until 1843 to dictate a written version of the revelation ( D&C 132). But he began privately sharing it with some of his closest associates before then, emphasizing the eternal bonds created with wives and children. After moving to the Rocky Mountains, the Saints openly practiced plural marriage for almost 50 years, until in God's appointed time, He directed that the practice should cease.
...

On display behind covered glass is a manuscript in the handwriting of Joseph C. Kingsbury which the Church reports is the revelation to Joseph Smith on July 12, 1843. (now part of Section 132 of the Doctrine and Covenants.). However, this was not released publicly until 1852, eight years after Joseph’s death and after Brigham Young led thousands of Mormons in a westward exodus. (For more information on the authenticity  of this revelation, please read the below essay on pages 17-24) 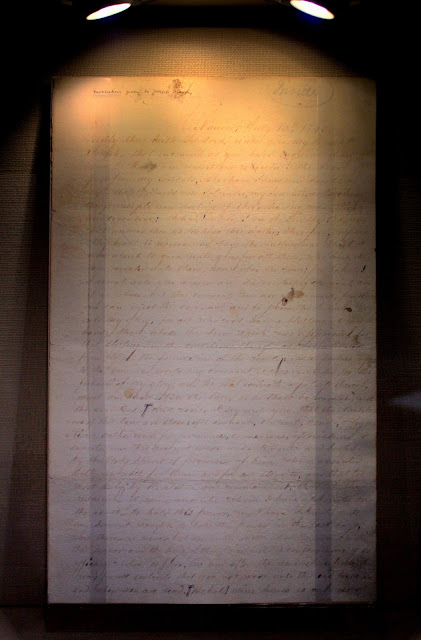 Now it is my understanding that the purpose of a museum is to display factual historical information and artifacts. Museum directors are devoted to the procurement, care, study, and display of objects to preserve history. That being said, I would expect that the LDS Church History Museum would not display anything that was not authentic.  As part of the Polygamy Display at the Museum are photographs of Eliza Maria Partridge and Lucy Walker Kimball which the Church reports as both being wives of Joseph Smith. I was troubled to see that modern photographs of beautiful women were used instead of the real photographs of these women.

Here is the museum's display of Eliza Maria Partridge. However, a photograph of a female model is used instead. 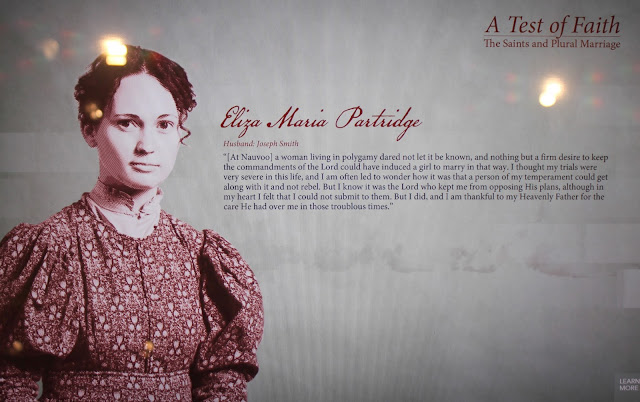 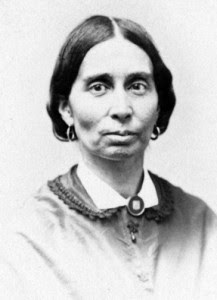 Here is a display portraying Lucy Walker Kimball with another "stand-in model/actress". 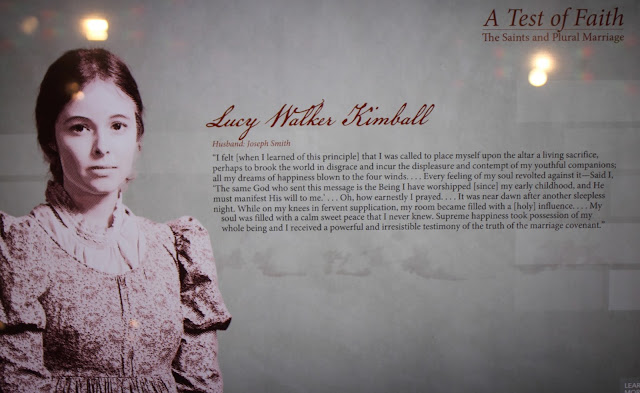 Here is a LINK to an authentic photo of Lucy Walker Kimball. 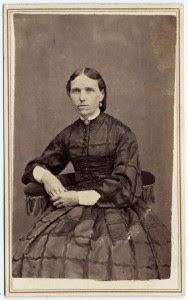 Now I can understand if no photographs existed of these women, but when there are well preserved photographs.. why not use them? Why hire beautiful women to pose as Joseph Smith's wives and put them in the display instead of the real photographs? Are we trying to paint a better picture?

.....
While the above information is interesting to consider, the purpose of this blog post is because a few weeks ago I read an essay written by an author who has done extensive research on the topic of polygamy. Before doing the research, he fully believed in the historical evidence that Joseph Smith practiced polygamy. While it is true there is a great deal of evidence tying Joseph Smith to the practice, this paper presents information that possibly Joseph Smith never had marital relations with anyone else but his one wife Emma. I would encourage everyone to read this essay with an open mind.

Posted by BARE RECORD OF TRUTH at 9:47 PM

Hi Bare Record,
It does everyone a disservice when pseudo history is presented as the real thing. It is ridiculous that they used models for those pictures, as well. As for the document, I have come to different conclusions and I believe this is as biased as the museum elements you complain about. The real issue with Joseph's polygamy--the only one that matters--is this: Are you (not you, the author, but anyone who reads this) willing to accept anything that God commands, or will you set up stakes for him and assume you know right and wrong better than he does?

I find far too many folks these days grasping onto the straw of this document to relieve them of the cognitive dissonance they feel when this issue reveals that they trust God far less than they like to think. That is very unfortunate, because every single person will be tested in this life to find whether they will obey all of God's commands. Maybe Joseph did not practice plural marriage. However, others have in fact been commanded by God to do so. If someone thinks it is an immoral situation, therefore, they are in need of repentance.

This is a pretty good essay and gives many reasons to think about this seminal issue. I think there are really three sides to this issue though.
1. Did JS really practice it because he was commanded to by God?
2. Was the historical record doctored to make it look like he did even though he didn't, meaning it was never commanded by God?
3. Or, did he practice it after being deceived into believing it was a commandment from God?

Either one of these scenarios is plausible although I personally believe the latter because I believe the Book of Mormon clearly and unequivocally condemns the practice and I believe JS practiced it.
But whether he did or didn't I am convinced it is NOT a commandment from God and it will play no part in the eternities. It is a practice conceived of by lecherous men who want to justify their lust and sell it to their victims.
Link to my blog on what the BOM clearly teaches about polygamy: https://gregstocks.wordpress.com/2014/09/07/polygamy-vs-the-book-of-mormon/

Can you give me an example and prove it from the canonized scriptures that someone was actually commanded to practice polygamy?