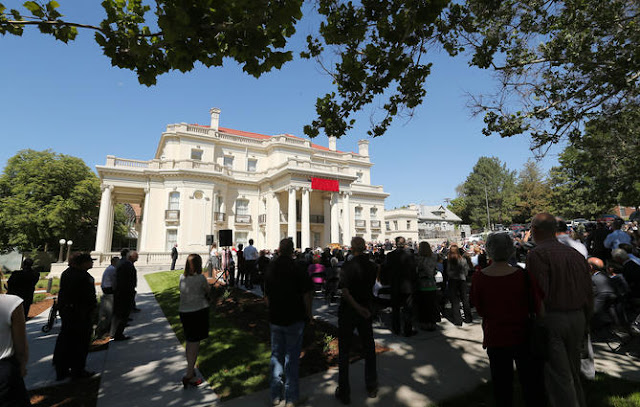 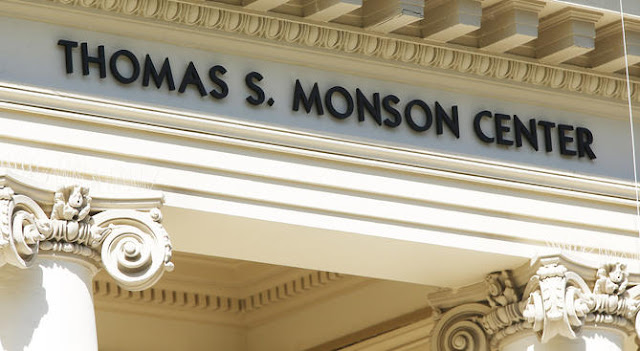 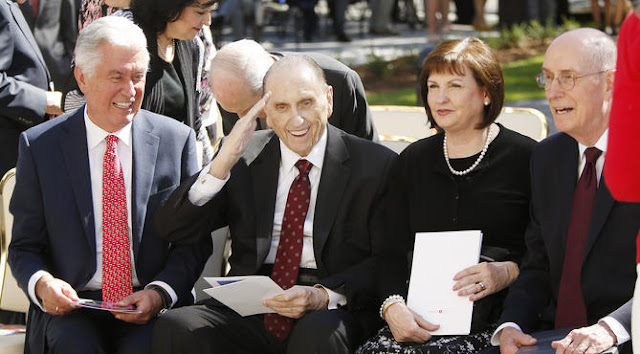 Another day in the life of a prophet of God.
Posted by BARE RECORD OF TRUTH at 4:48 PM

Yes, monument building is exhausting work! Thanks for the laugh! Bruce

Another great and spacious building...

What a fitting tribute to a man who has given so much to so many in Salt Lake City and around the world! I honor this wonderful man.

It must be an honor to have not one but two buildings dedicated to a such an honorable soul. https://www.lds.org/church/news/ground-broken-on-thomas-s-monson-lodge?lang=eng I remember one Christmas Devotional when President Monson summarized the story, I believe called "The Mansion". I do wonder if the irony will settle in.

The D&C has praise for the prophet Joseph Smith, BUT it also has severe warnings for him. For instance, read D&C 3:9. Do you know where in the D&C it tells how to remove the church President by trial, and end a controversy over him? Here is a controversy over him: Apparently President Monson supports the utter idolatry found in this 2013 patriarchal blessing: http://2bc.info/pdf/pbfraud.pdf