Six months ago before the last LDS General Conference, I made the prediction that the word
'MINISTER' was going to be repeated multiple times in the Conference Talks. I based that upon seeing the word 'minister' appearing multiple times weeks before the conference in news articles  on mormonnewsroom.org (which has yet to change the name of the website since the Lord's revelation to President Nelson that we should no longer use the term "Mormon") .

Here was the blogpost from six months ago: 438: RUMORS AND PREDICTIONS FOR THIS WEEKEND'S LDS GENERAL CONFERENCE

Little did I know that not only was the word used multiple times during Conference the term, Ministering would be the replacement for the Home Teaching and Visiting Teaching programs. That was only one of the many changes that President Nelson has made.

Here is a quick rundown of some of the other changes:

It has been mentioned how exciting all of the changes were during April 2018’s General Conference. In speaking of those changes, President Nelson has been reported recently of saying that "it was as a snowflake in a snowstorm, compared to the changes that are to come."

Elder Bednar has also been reported of saying a similar thing – that while the changes during last April’s General Conference were monumental, “You have only seen one snowflake in the blizzard to come”

Elder Holland has also been heard of using the catchy phrase that the changes from the last conference were like a snowflake in a snowstorm when compared to that which is to come.

I am not going to add to the already existing rumors floating on the internet on what those changes might be...  But instead post a 7 day weather forecast for the Salt Lake Valley of the upcoming "snow storm" of changes that will be announced this weekend.

However, I am interested to see if the Church will change how they handle seating for General Conference. They might continue what they did up in Seattle a few weeks ago.  The Church gave out  "#Follow the Prophet" wristbands to be worn by those who get preferred seating. Those who wore the purple wristbands a few weeks ago in Seattle were able to sit in the premiere box stadium seats to listen to President Nelson who delivered his address at the second base in Safeco Field 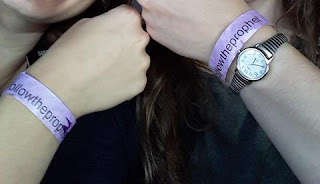 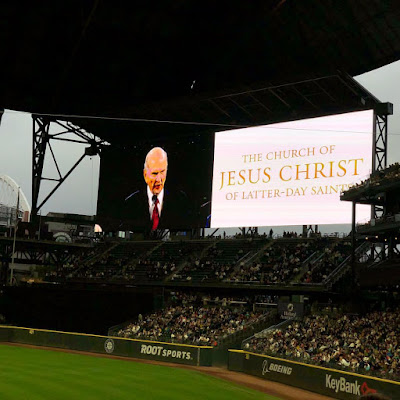 Sidenote:
Speaking about snow. I actually love the snow.. however I am not a huge fan of "snowjobs"
A snowjob is a effort to make someone believe something by saying things that are not true.

On September 9, 2018, Elder Quentin L. Cook hosted a Face to Face event for young adults where he and two Church historians, Sister Kate Holbrook and Brother Matt Grow, answered questions focused on Church history from young adults around the world.
This afternoon I watched a few minutes the broadcast: Here is the link: Worldwide Devotional for Young Adults: A Face to Face Event with Elder Cook. 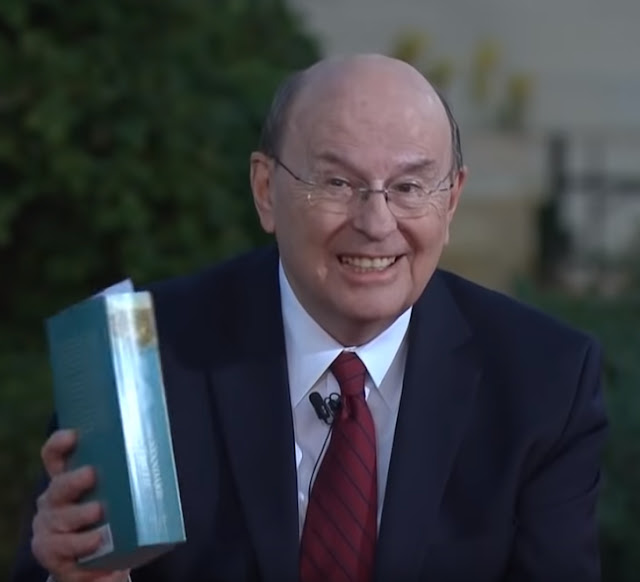 For the record I have not listened to the entire broadcast, so hopefully he eventually corrects himself later in the devotional. At the Time stamp of 22:19. This is what Elder Cooks says:

"One of my favorite accounts in here (holding up the Saints book) is the story of Addison Pratt going to the South Pacific. He was sent down to the South Pacific, they called it the Society Islands, its French Polynesia now and he was down there in the Austral Islands. He was successful. He had about 60 baptisms and toward the end of his mission when everybody was leaving Nauvoo, his wife Louisa and their four children instead of going to Utah, she joined him down in French Polynesia with their four daughters."

I am not sure who wrote script to be read by Elder Cook and/or revised the history about Addison Pratt and Louisa Barnes Pratt but she did cross the plains and went to Utah.

It is not hard to find online that this story is false. From the BYU Religious Studies Center article:  Louisa Barnes Pratt: Self-Reliant Missionary Wife

"No one exemplifies the term missionary wife better than Louisa. She cared for four daughters during her husband’s absence of over five years, during which time she took her family across the plains to the Salt Lake Valley on her own."

"Her greatest joy came, though, when, a week after entering the Salt Lake Valley, Addison Pratt arrived by way of California. She and Addison had been separated for five years and four months"

And from the Biography of Louisa Barnes Pratt written by S. George Ellsworth this is the short summary on Amazon.com

"Converting to the LDS Church, the Pratts moved to Nauvoo, Illinois, from where Brigham Young sent Addison on the first of the long missions to the Society Islands that would leave Louisa on her own. As a sole available parent, she hauled her children west to Winter Quarters, to Utah in 1848, to California, and, in Addison's wake, to Tahiti in 1850."

I know that this really is not that important, but with such great effort that has been put into the new "Saints" book as our Church History,  I am not sure why this contradictory to historical records was one of Elder Cook's favorite accounts.

Posted by BARE RECORD OF TRUTH at 5:14 PM

Some might label me as "borderline apostate" because I'm willing to call BS on pronouncements that appear to be, well, BS.

(I mean baloney sandwiches, of course)

However, this drumbeat of the latest "new and exciting" stuff coming out of conference gets old and gets old fast.

If the best we can do is focus on the name of the church, I'm not holding my breath for much this session either.

The snowflake analogy is an interesting one, and somewhat comical. Aren't ALL snowflakes in nature different? No two are alike. Yet the flakes producing the "snowjobs" couldn't be more homogenous. Naturally, they all follow the party line, or the "prophet's" lines as it were. How ironic!