"As Temple Square begins a four-year-long renovation at the end of this year, across the street, the Deseret Book flagship store at City Creek Center has just finished a renovation of its own.

The store’s celebration of that renovation, a public grand reopening, came Tuesday — 11 days after the Temple Square announcement, and just over nine years since the flagship store opened in 2010. The store’s refurbishment expands the vision put forward by Sheri Dew, the executive vice president of Deseret Management Corporation and CEO of Deseret Book Company."

You can purchase this photo of this historic and memorable event below. 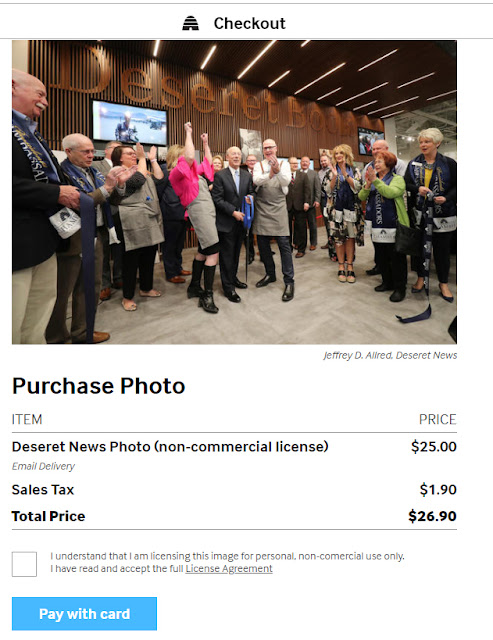 The Deseret Book flagship store located directly across from the Salt Lake Temple was built  nine years ago as part of the City Creek Mall development. Over the past couple of months, the LDS Church completely gutted and remodeled the store. The grand reopening and ribbon cutting ceremony was yesterday. No longer does the Deseret Book storefront look like a bookstore which typically showcases books. Instead, the brand new DB storefront looks like a bakery where it sells Crumbl cookies. From the outside visitors will not know it was a religious bookstore. Maybe sugar was needed to draw people into the store, since religious books might be the thing of the past. 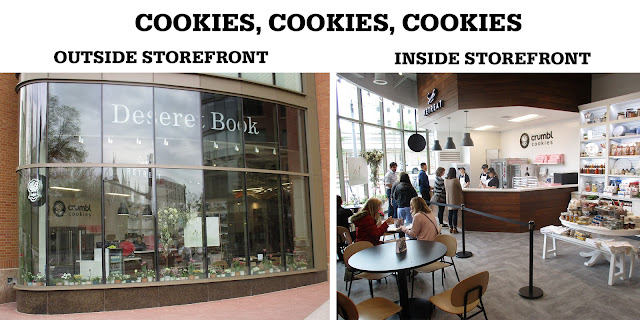 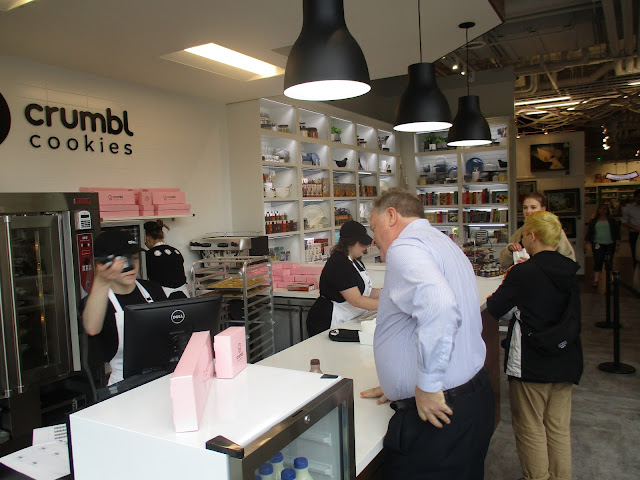 It is interesting to see how things have changed from when Deseret Book first opened it doors. Back in the late 1800's, the storefront of the first Deseret Book advertised that it sold Mormon Publications and Bibles. See below photo. Heaven forbid that the store actually used the word Mormon.

Deseret Book no longer carries ANY book with the name Mormon in the title. So books that used to be sold like Bruce R McConkie's Mormon Doctrine can only be bought on Amazon. Deseret Book will only sell books with the word Mormon in the title if it has "The Book of" in front of the word. Most of you know that this is due to President's Nelson's request/revelation that using the word Mormon is a victory for Satan.

One more interesting thing about the new Deseret Book's Flagship Store. The store only has ONE entry now. Customers used to be able to enter into the store from South Temple. That door has now been sealed off. This forces the customer to enter in only one way from City Creek Mall side.  When you enter into the store you now realize that it is not just a bakery but they also sell a book. And when I say "a" book, singular, I mean just that, a single book.  A massive display with hundreds of copies of the same book dominates the front entry which makes it appear there is only one book for sell. However if you look to the right you can see a fun children's section with kid books. It is not until you walk deeper into the store that you see all of the other books for sell. 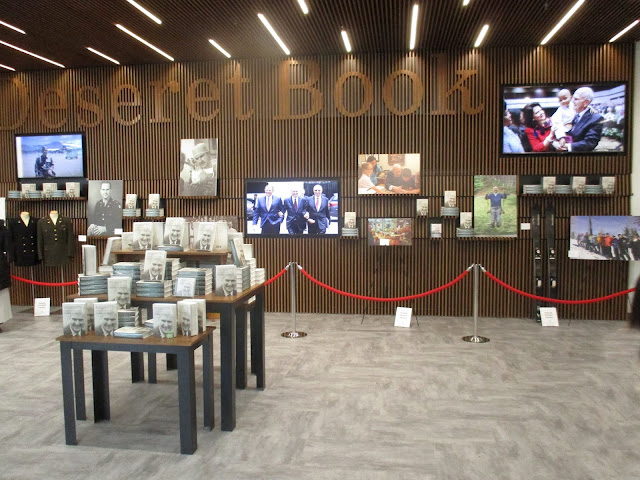 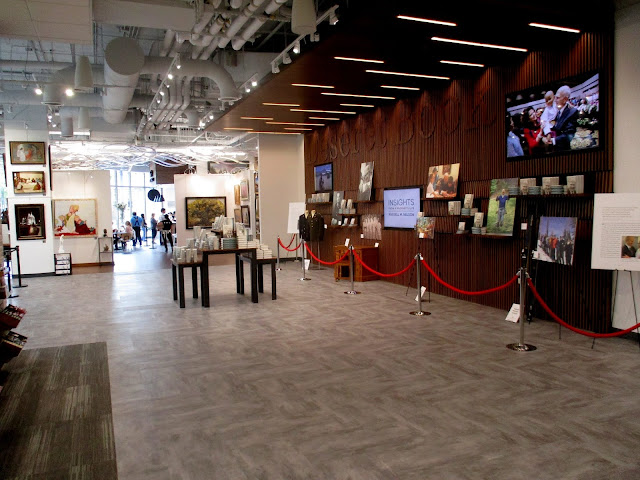 In addition to the book and cookies, there is a gallery with paintings for sale. A Lot of the artwork for sale is not cheap. Here are some of the price tags. 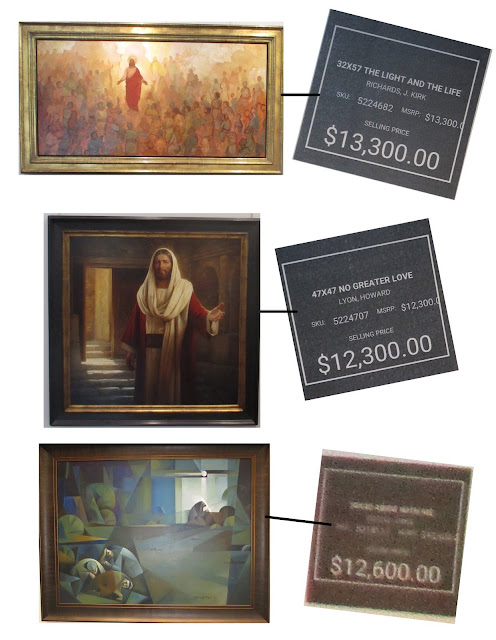 Undoubtedly, the new store is beautiful. Deseret Book has come along way. I mean what is not to like about eating hot warm Crumbl cookies and looking at beautiful paintings.

One more thing about the "One" book that currently dominates in the Deseret Book Store.

The book exploring the life and teachings of Russell M. Nelson, current President of the Mormon Church, underwent a last minute edit before its public release on April 8, 2019. The publisher, Deseret Book, became aware that the book contained a faith promoting story with material inaccuracies. The story was subsequently removed and the book reprinted in time for its scheduled release.

Excerpts from the book, titled Insights from a Prophet’s Life: President Russell M. Nelson, authored by Sheri Dew, were published in an article found in the March/April 2019 issue of LDS Living magazine.

One excerpt, titled, “You Didn’t Read it, Did You?”, tells the story of a young Nelson who was serving as a surgeon in Korea during the Korean War. While serving, he discussed the Book of Mormon with a nurse on staff, Beverly Ashcraft. He gave her copy of the book only for it to be returned a few days later by her husband, Derwin, a fellow surgeon at the base. Derwin did not express much interest in learning more about the book.

According to Leslie and Katie McKenzie, daughter and granddaughter of Derwin and Beverley that is not what happened. Katie was first made aware of this new version of the story in early March when a family member sent her a screenshot of the article. She showed it to her mother and, when she realized that it was part of an upcoming book, immediately reached out to Deseret Book and LDS Living. She sent both companies a document with annotations pointing out the incorrect information.