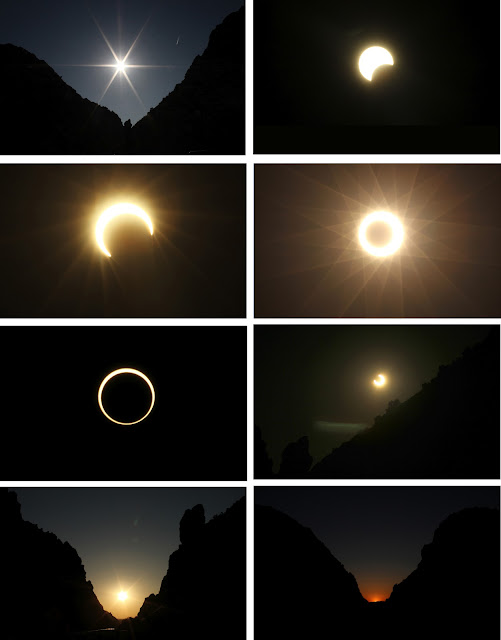 In a "documentary" on Nostrodamus -he foretold that the "end of the world" in his opinion (or maybe the end of this paradigm) would be foreshadowed by an alignment with the center of the galaxy, and three eclipses. The alignment and an eclipse was on the 20th, and then we have Venus crossing the sun on the 5th of June.  A total solar eclipse will take place on November 13-14, 2012.
Posted by BARE RECORD OF TRUTH at 4:21 PM

I am interested to know what the meaning of the "IN" in the sky is on the background of your blog. I would also love to hear from you about the paintings. My post from earlier is below.
Thanks.
Strategicreader@gmail.com

Who painted this and the Aug. 8, 2011 paintings? I would like to hear your thoughts about both this and the other group.

I have likewise also been eagerly awaiting ( I know your busy). Those photos are amazing...what does this all mean?

Those are awesome photos! Thanks for sharing them. May we use them? They would make great avatars or desktop backgrounds, for example.

I wonder if the alignments really do mean something. The scriptures say that the lights in the heavens are for signs and seasons.

You've bought up some really interesting points here. Thanks a lot.