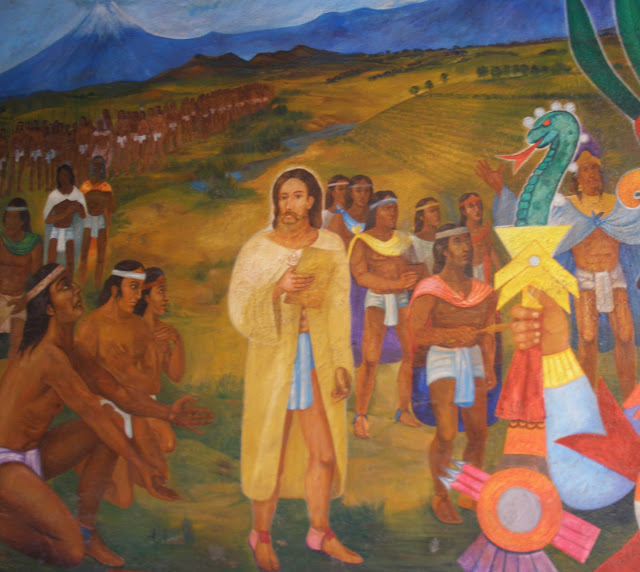 In addition, the LDS Church is constructing a huge development project near the Polynesian Cultural Center called Envision Laie. Envision Laie is a project guided by The Church of Jesus Christ of Latter-day Saints that will, most significantly, create a new bunch of subdivisions collectively called Malaekahana. Part of this construction project is a multi-million dollar hotel is being built by the LDS Church. The new hotel will be in partner relationship with Marriott International Inc. to operate a new 220-room hotel. The development has been estimated to cost approximately $25 million to build, and will measure approximately 150,000 sqaure feet. The new Marriott is expected to open in September 2013, coinciding with the Polynesian Cultural Center’s 50th anniversary.
http://hawaiiindependent.net/story/220-room-laie-marriott-permit-to-be-discussed-at-public-hearing-in-kahuku
http://www.deseretnews.com/article/705342390/Laie-Inn-closing-for-new-hotel.html
Posted by BARE RECORD OF TRUTH at 1:11 PM

Hm. I would hope that the Hopis would continue with their sacred dances and ceremonies. It's a cultural thing. No doubt, like historic Christianity, things have changed in the years that have passed since the Messiah came to them - but how are the Hopis different from the Polynesians, whose culture is being fanfared? The only difference I see is that they are not a money-making venture. As if they hold sacred things sacred, and don't sell them for money.

Thank you. I appreciate this information. I didn't know the PCC cost so much--

Hello.
I am a Hopi that has lived in Hopi land all my life and who practices the culture fully. I am disheartened when I see things like this that only further distort the teaching and perceptions of my people and of Native Americans in General. I do not mean for this to sound like a criticism of this post for it is only relating what was told by this Hopi man who was recently adopted. However, Just for clarification this painting shows absolutely nothing about the Hopi way. the central figure is not Maasaw at all, it is Jesus. This painting serves as nothing more than propaganda, depicting the coming of Christianity to Hopi...One cannot even be sure that the natives depicted in the painting are even Hopi as their attire is nothing like Hopi traditional dress... Nevertheless many similar drawings and paintings can be found throughout all Native American communities, and are attempts by the various christian denominations in the United States that come into our reservation lands to convert Hopis and other native tribes to their religion. And because of the Amendment right to freedom of religion we tribes have no legal means of authority to remove them from our lands and so they go about proselytizing. This has been going on for centuries. On Hopi the Mormon Church is one of the most forceful and detrimental denominations, who show no respect for our ancient traditions that have existed since before the time of Christ. For those Hopis who do convert to Christianity,few as they are, they use their knowledge of the Hopi belief system and Christianity to blur the lines and confuse the distinction in an effort to make it easier for the churches to convert more Hopis, by reinterpreting sacred symbolism and drawing similarities, much like it seems this man was trying to do in his interpretation of the drawing. Maasaw is NOT the messiah neither by nature nor by the place that he has within Hopi religion. Furthermore, the line of Maasaw that states I was the first and I will be the last, is a phrase that many Christians who are familiar with Alpha and Omega reference in the Bible use to draw further comparisons between Hopi and Christianity. The actual phrase in Hopi is Noq oovi, hapi màasawuy hisat yaw ahoy pituqw pepehaq pu’ yaw it nùutungk talöngvaqat sen yaw aqw pituni, which does not mean that at all. Maasaw, for those who are true practitioners of the Hopi culture, is the Death God, and as the Hopis, as well as the Mayans and Aztecs belief Death an act of creation, thus Death/Maasaw...which literally means Death is where you come from and where you ultimately return, so death is indeed what was present in the beginning of time and what will be present at the end.
Thus, I would warm all to be careful about what they read and hear about the Hopi way, even from those who claim to be Hopi for some few individuals like this man are not actual practitioners of the Hopi way but are converts to a foreign Homogenizing faith.
Taa, Pay yuk polo.


Thank you for the clarification. Please accept my apologies for the inaccuracies of what I posted. I would love to talk to you further about this, and make the proper corrections, plus learn more about your culture and beliefs. Is there a way I can get in touch with you and talk to you offline?

The Church The Way said...

Wow , like your stile ! Mr Hopi , I plan on coming to your Rez. Shortly maybe you could help ? I will expose the other Nimrod Jesus , 2 Corth 11:4 , 13-15 that is the evil one that has. Killed our people sence the begging , and in the last days soon will try to kill the rest of our brothers , They Satan hates us , because we are the red Jews . This is history ! 99% of so called Christians worship this Jesus ( Nimrod ) do they not contradict the Law Of Doctrine ? Denying the very God they clame to worship ? We are called the Way , in the Bible also ! We are the only church in the world that dose not contradict ( blasphemy ) the word ! True doctrine is in the bible two or more times , proving all true doctrine ! Any one denying or contradicting it is antichrist . We are the only church in the world that proves , and shows you how to know who is antichrist . This is also proof of our election . For only the elect can precive it ( the real Holy Spirit ) , the blood moon will be here soon hopefully , lord willing I will come before . Satans about to sit on the throne on the Temple Mount very soon ! I have sent the council a little email , I really need to talk to them ! Call me anyone 225-274-6304 my name is Carres in Hebrew Emanuel , not that I am God , but a real Anglos -messenger of The great and only God ! https:sites.google.com/site/thechurchtheway

The Church The Way said...