73: PARABLE OF THE SUMMER SOLSTICE HIKE 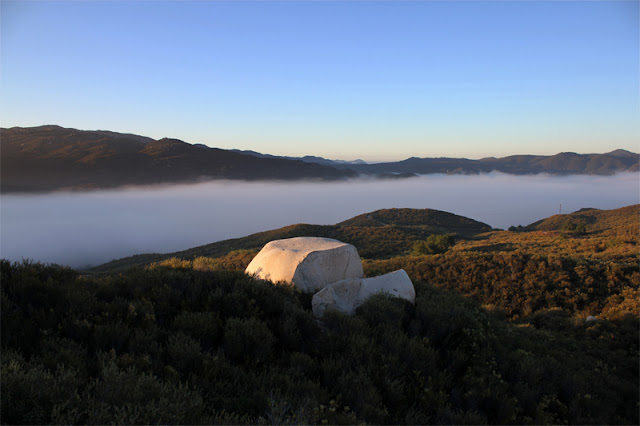 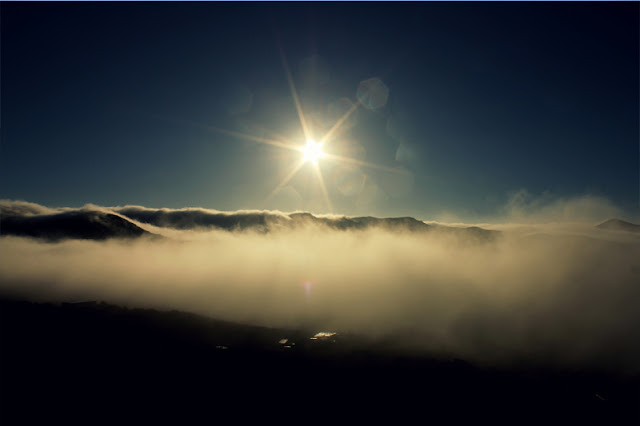 Parable of the Summer Solstice Hike

A man planned to observe the first day of summer by arising early for a morning hike. However, he was woken up one hour earlier than he was prepared to at exactly 4:00 AM,. It was dark, cold and cloudy outside. Everyone was still comfortable in their beds fast asleep.  Because he was a traveler in a different land, he was not sure where to hike to escape the thick coastal clouds and fog in order to witness the sunrise. After praying for direction, he followed a prompting to drive to a wilderness area with the help of his used map. He filled his car with gas and drove about 40 miles on the main freeway. He then exited off the freeway and  drove up a narrow steep, one lane canyon road. He got out of his car near a road called the South Main Divide. He had finally reached an elevation which was above the clouds and fog and began hiking to reach the best unobstructed view to see the sun rise. However, after about 10 minutes, the clouds and fog rolled in, covering the sky once again. The man returned to his car and continued driving  to even higher ground. Time was running out, since the man could see that the sun was about to rise.  He pulled over once again after escaping the clouds and got out of the car. However, this second stop he felt was still not the correct place, but he could see on the distance ridge a white rock that he was to climb to. With not much time left, the man needed to reach this third location. It was painful journey through thick brush, steep terrain, and thorny weeds to reach the rock summit.  Cut and bleeding, he could not reach the top of this rock alone. Pleading for help, a way was opened up to him allowing him to ascend. He then  knelt upon the enormous solid white rock and witnessed the rising sun and the beauty of a new day dawning.
Posted by BARE RECORD OF TRUTH at 2:17 PM

I've been reflecting on the symbolism here for a couple of days now. It is a wonderful parable. It has helped me to learn and understand more about my own spiritual journey. Thank you.