Houston, Texas
Houston Temple President Marshall Hayes confirmed Monday night that the LDS Houston Temple was flooding. "The creek became a river and the current is so strong that it’s been dangerous to even try and approach the temple," he said. Nearby Cyprus Creek rose by more than 20 feet. “It appears water to the depth of four or five inches has gone inside the temple," he added. “That includes a baptistry, a marriage waiting room, dressing rooms, kitchen and laundry. We haven’t been able to go inside so we really don’t know the extent of the damage.” The temple closed Saturday after the 11 a.m. session. Water also breached an adjoining building.

Photo taken of the outside of the LDS Houston Temple. 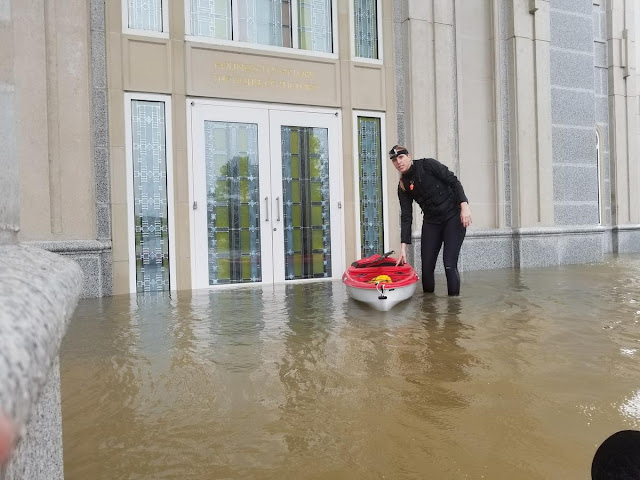 Bountiful, UT
Last year, lightning struck the bountiful Temple causing part of the head of  Angel Moroni statue's to go missing and a hole in the back.  News Article

This year there has been substantial structural damage to the Bountiful's spire which needed to be fixed. The fiberglass structure showed signs of decay and cracking. The spire has been removed and repairs are currently underway. Below is a recent photo I took with the missing spire on the Bountiful temple and the scaffolding to now rebuild it. 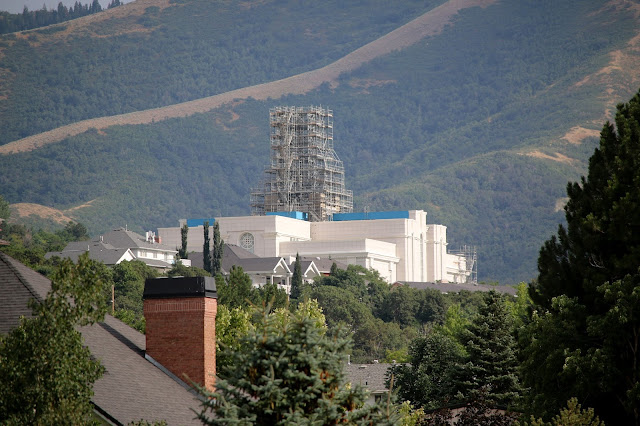 Sidenotes: Speaking of no spire.

Here are some recent LDS Temple constructions.
Below is a photo I took of the recently dedicated Paris Temple. There is no spire.. on purpose. At first we drove by it and did not think it was a Temple. Long are the days of the impressive "San Diego" like Temple structures. 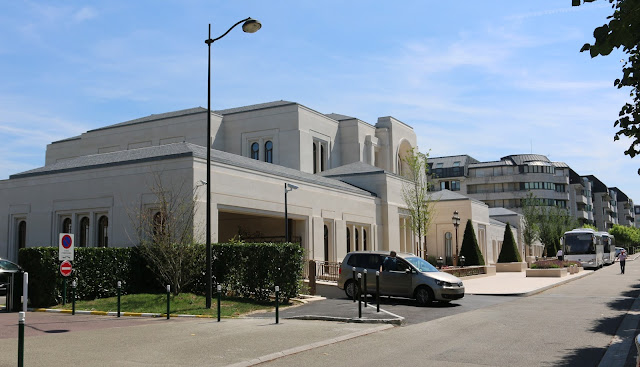 Below is a photo of the Rome Temple.  This Temple was announced almost 10 years ago on October 4, 2008.  Groundbreaking and Site Dedication was on October 23, 2010 by Thomas S. Monson. It has encountered numerous construction problems. When we visited it last month, it appeared that construction had stalled. Apparently it was supposed to be completed years ago, even before the Paris, France temple was completed. 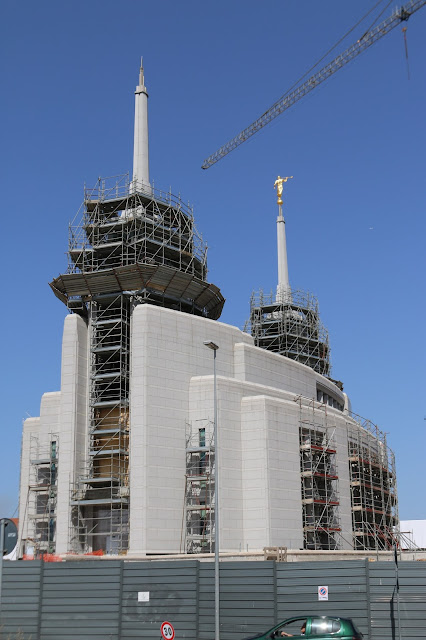 And lastly, below is a photo of the newly dedicated LDS Temple in Tucson Arizona. It is definitely different looking. To me, it kind of looks a little like a Mosque with the exception of Moroni on top instead of Mohammed.  :) 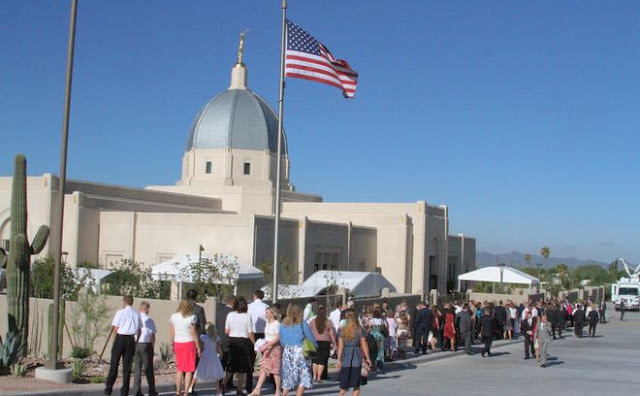 Oh the Glory Days.
Posted by BARE RECORD OF TRUTH at 7:58 PM

Just a note: A mosque would NEVER have a human image like Mohammed on the top of it's spire; A 'graven image' like that would be considered an abomination.
Mosque spires (minarets) are typically adorned with crescent moons and/or stars.
That said, the Tucson temple's dome is unusual...

I guess you've never been to Italy or to the UK where there are famous domed cathedrals. They weren't based on Islamic architectures because during the Byzantine period both Christian and Islamic favored that particular architectural feature. Domes became particularly prevalent during the Renaissance because of the new technologies available. Many cathedrals in Italy are given the name duomo, not only because of the architecture but because it relates to the f\root word for home, in other words, a house of God.