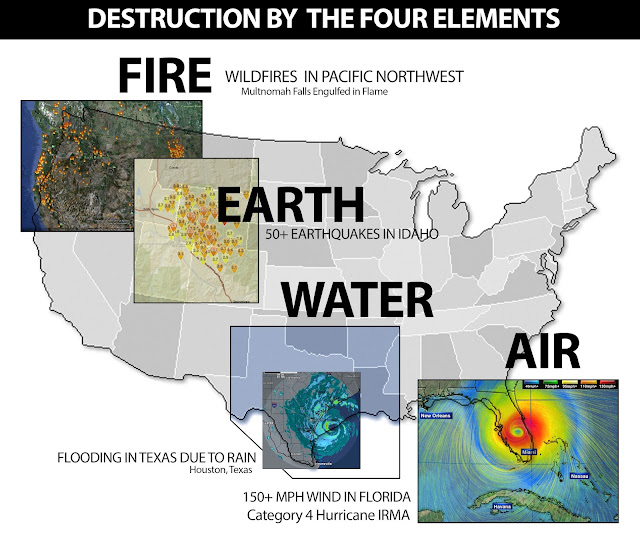 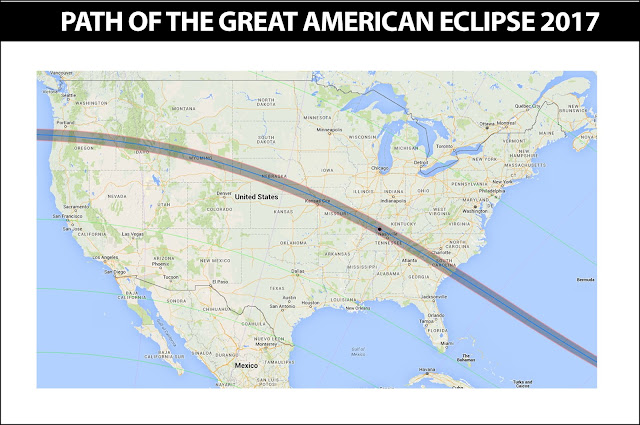 Posted by BARE RECORD OF TRUTH at 4:27 PM

185 mph winds sustained for longer than any other hurricane on record. Won't be the last broken record for Irma.

Thank you for this post David! Interestingly enough yesterday early afternoon as I was watching news reports on Hurricane Irma there came this dawning realization for me that the disasters going on from northwest to southeast was along the same path as the solar eclipse. As if the eclipse was a warning of impending disasters. You apparently noticed the same thing.

You have shared some great insights pertaining to the heavens. Ever since your talk at the Zion Youth Gathering I've been trying to really pay attention and take note of what the heavens are telling us.

The Lord does give signs everywhere and for those who have faith and eyes to see it becomes more apparent that God is moving and working. Now that the covenant has been given has the clock started ticking?

Seems like the water one is kind of a stretch.

Um, re-reading this maybe I should have rephrased this. I was wondering how the water fits cause TX was outside of totality and it seems like it doesn't really fit on the line.

Where can I find a copy of the notes from the Isaiah class that you mentioned? I would love to read the passages that talk about that.

Following meaning... happening after the eclipse.. not following the EXACT path of totality. The warning of the eclipse and what is to follow is not contained only in a 70 mile band width.

It was sent to me in a personal email. I'll ask about the passages that were being referenced.

Ok check this out. https://www.reddit.com/r/space/comments/6yrluw/x22_solar_flare_just_hit_and_a_severe_g4/

The eclipse was over and visible to the entire continental US (& most of the population of Canada) despite the fact that the totality lay only in a narrow line.

One more thought: there is a series of three talks planned for Christian audiences that will occur right on the edge of three areas of significant destruction. The first will be in the midst of Los Angeles, where they are just finishing experiencing the worst wildfires in their history. The second will be in Dallas, just barely outside the zone of destruction from Harvey, which brought catastrophic flooding that destroyed Houston and was the wettest hurricane/cyclone on record in the US. The third will be in Atlanta, which may similarly be situated just outside the ravaged lands of Florida to the south. Time will tell.

There is another interpretation which I don't hear being considered. The Mother (as symbolized by the moon) could be having a brief "intervention" with the Father, to give the covenant-makers some time to practice what they preach (the doctrine of blessing one's enemy), showing mercy for all. Yes, there are signs galore, but it should be a "portent" of things which may continue, increasing in ferocity if the gentiles who have claimed peace don't really do as they were covenanted.

The only guarantee of "protection" comes by living the doctrine of Christ. This group has plenty of "adversaries," yet I see none leading the way to go about blessing them.

Hurry, we are under shadow now, but the blinding glory will be burning again soon.

People are only getting angry because they are on social media all the time. They need to put the phone down and think locally / act locally. Life is good that way.

"The hearts of men are waxing cold. There is increasing anger and resentment of gentiles. In political terms, it’s rejection of white privilege" This is why I cannot abide the covenant. White people are not the only Gentiles and Denver seems to make it about white people. This is sad! Let alone the fact that fear mongering is never okay and is a manipulation used by the devil. Nope, I lived in fear and still live in fear most every day of my life. I refuse to be bullied, manipulated, or pushed into something for fear that it might be my only chance, or I might be destroyed. God does not give us fear, but of love.

the second group loyal to their church leaders is not correct. loyal to what they worship is more like it. For example technology, cars, body health etc. that an individual may worship and be loyal to. Another thing not mentioned is the Earthquake in Mexico!!!

I don't think the Spirit of God is withdrawing from man. I see the Spirit of God alive and well and increasing with those who earnestly seek him. If you shake off the idolatry of church leaders and follow Christ alone, and let Him speak to you, he will.