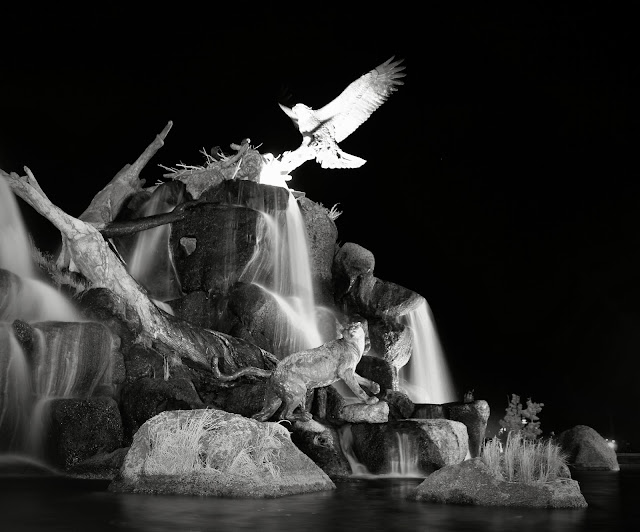 I just listened to that bit of Denver's talk today. So much to think about . . .

Wow. That photograph is absolutely remarkable. It's almost beyond comprehension that you actually shot that with your camera. It almost looks like some sort of staged museum display of sorts. You have truly contributed to my growing appreciation of the hand of God in creation through your many posts that convey this godly gift/sign through your camera lens. Thank you.

Wait... the second one... the animals are fake right? I'll be really impressed if that is a photo of real animals.

That would be beyond my comprehension as well if I was brave enough to take a photo of a real cougar that was only a few yards away from me. For the record, this is an outdoor monument on the banks of the Snake River in Idaho Falls. The animals, while lifelike, are sculptures.
David

Yes, I would be impressed as well. Sorry for the confusion. Not real animals.
David