37: BUY ANYTHING IN THIS WORLD FOR MONEY

Here is what a billion dollars looks like:
1,000,000,000.00
Now.. add another
1,000,000,000.00
and another
1,000,000,000.00
and while we are at it,... lets throw in another
1,000,000,000.00
and just one more
1,000,000,000.00
It was reported on KSL, the church's owned media outlet,  that the entire downtown project including the City Creek Center will ultimately cost upwards 5 BILLION. The shopping mall called City Creek Center was just a portion of the cost (reported at costing 1.5 BILLION)  http://www.ksl.com/?nid=148&sid=19428181&title=a-look-inside-as-city-creek-centers-completion-nears&s_cid=featured-1
Here is what was reported in yesterday's LDS Church News:
"The First Presidency participated in Thursday's ceremonial ribbon cutting at City Creek Center, signaling the long-awaited opening of Salt Lake City's newest mall."
"President Eyring spoke on behalf of the Church at Thursday's ceremony, saying City Creek is now open to invite the world to come to downtown Salt Lake City — headquarters of the Church."
"Earlier, Bishop H. David Burton added that it's vital to create an atmosphere in Salt Lake City that people like and remember. "Because Salt Lake City is the capital of Utah, it's important that it is 'dressed appropriately.'" http://www.ldschurchnews.com/articles/62153/First-Presidency-attends-City-Creek-opening.html 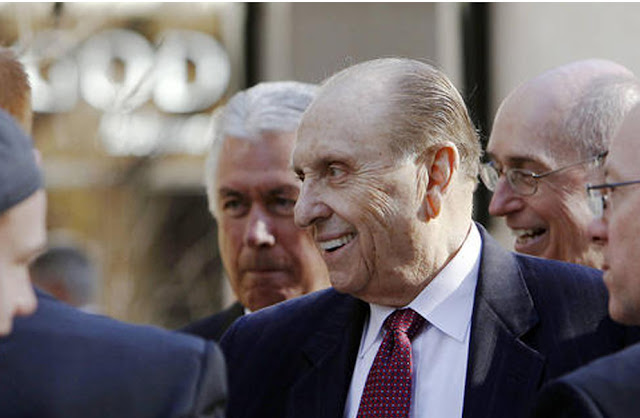 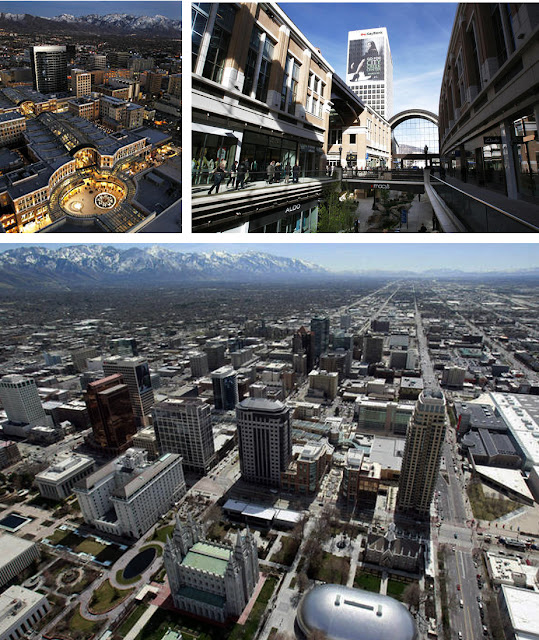 I was able to attend the dedication and red ribbon ceremony of the City Creek Center. It ended with a bang..complete with fireworks and even shiny "glitter" raining down on the festivities.  It is a surreal experience to know that what you are witnessing first hand was actually seen over a thousand of years earlier and recorded for us to read today.  I didn't need to see in vision what Jesus Christ showed Moroni.. we are living it.
We read in Mormon 8:
"Behold, I speak unto you as if ye were present, and yet ye are not. But behold, Jesus Christ hath shown you unto me, and I know your doing.

For behold, ye do love money and your substance, and your fine apparel, and the adorning of your churches, more than ye love the poor and the needy, the sick and the afflicted.

O ye pollutions, ye hypocrites, ye teachers, who sell yourselves for that which will canker, why have ye polluted the holy church of God?"

The word decadence is characterized by or appealing to self-indulgence.  However, the root word of decadence is 'decadentia' which means "decay," or "in a state of decline or decay."

It might just be me.. but it doesn't see to bother very many of the  LDS Saints that the Church has spend Billions of dollars to build a shopping center which sells $100,000.00 dollars watches at the new Rolex store or $250,000.00 dollars necklaces sold at Tiffiany's.

"Some have insisted that funds would be better if directed to charitable works such as feeding the poor. The Church does have an extensive humanitarian effort. Critics on this point often overlook the fact that Church funds are best managed not by sitting in a bank account, but through prudent investment. Investment in land and real estate development is often a wise and ultimately profitable investment approach It is entirely possible that the City Creek Center Mall will eventually become a money making venture, as the Church collects rent from mall merchants. This investment strategy would allow the Church to, over time, recoup its initial outlay or even make money that could be further dedicated to the Church's religious and humanitarian goals

Critics also overlook the fact that if money is spent to feed the needy, that money is gone . On the other hand, if the Church reinvests in Salt Lake City's downtown core, this provides jobs and economic stimulus, for example, via construction and then the service-industry jobs which will fill the mall upon its completion. While providing fewer short term gains, this long term "teach a man to fish" strategy could ultimately benefit many more people, by allowing them to "help themselves".

Many didn't know this, but this past weekend just north of Salt Lake, The World Championships in Chariot Racing was held at the Golden Spike Events Center racetrack. Who would have ever thought that Roman chariot races would make a comeback today-- just like their immense popularity and the pleasure they gave the Roman people.

Rome did rise.. but eventually fell.

The Roman Empire still looked good. Large, rich, with all the appurtenances of power, but it was decaying. The Romans destroyed themselves from within.