Tomorrow is the 24th of July.

For those who live outside of Utah, the 24th of July (Pioneer Day) is celebrated to mark the day in 1847 when Brigham Young led the first group of Mormon pioneers into the Salt Lake Valley.  One of the largest and most important events of this "holiday" is the parade on South Temple in downtown Salt Lake City.

The 24th of July parade was first held on July 24, 1849. It was then known as the "Pioneer Days Parade" up until 1931. From 1931 to 1946 the parade was known as the "Covered Wagon Days Parade". Since 1947, the parade has been known by its current name Days of 47 parade. This parade began as a simple remembrance of the pioneers trek to Utah with those with pioneer heritages rode in covered wagons down main street.  Today it has now become over a 3 hour long parade with beauty queens, governments officials riding on the back of expensive convertibles and businesses using it as a form of advertising. Also, the President of the Church, the prophet rides at the beginning of the parade and waves to the parade goers. Last year, I think President Monson was too ill and President Uchtdorf filled in for him. He is always a crowd pleaser.

For those who are not aware, the Church gives the assignment to 40 different Stakes and Wards to design, create and build floats for the parade each year. The Church gives each Stake tithing money to be used to build the float. Our stake was given a budget of 6000.00 dollars to build ours. The costs of some of floats range from $5,000 to $30,000 depending on the level of intricacy in decorations (I think the Church caps how much the Stake can use for the float.. but many members with financial means are known to donate some of their own money). Even if each ward stays under their budget, when you times 6000.00 dollars by 40 stakes.. that is close to a quarter of a million dollars. It is not for me to judge, but I wonder if our tithing money could be spent helping those in need.. instead of decorating the streets of Salt Lake for a 3 hour parade.

Putting the aside the tithing money used to create these floats adorned with dragons, giant octopus and whales to commemorate our proud pioneer heritage; the time spent to create these floats, and in my opinion once again, could be better spent serving others. Our Stake Chairman personally told me that he alone spent over 300 hours working on our float. Combined with all of the committee members from our stake, I would estimate we spent over 500 hours working on our float. Instead of working on our Stake Float for the parage, we could have helped hundreds of people in our neighborhood who are in desperate need of help.

In case you will miss the parade tomorrow, I took a few photographs of all of the floats for this years parade. 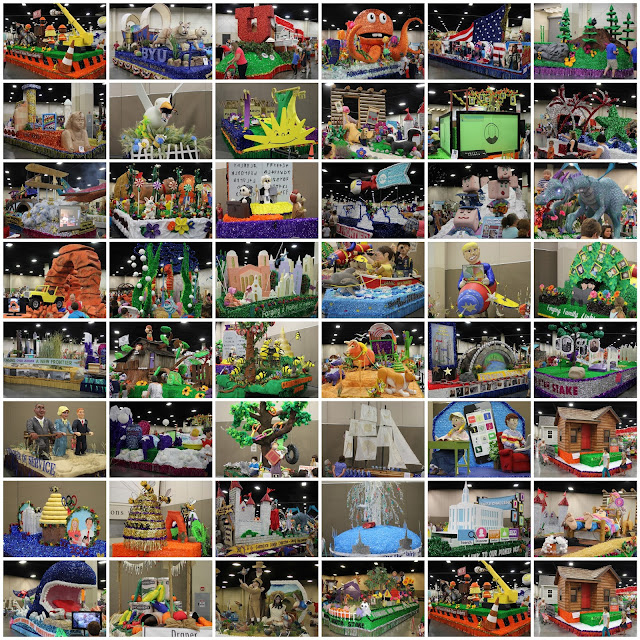 Below is the float for Brigham Young University.  Instead of the oxen pulling the covered wagons, the float depicts a pair of cougars, the BYU school mascot at the helm.

BTW: Please notice the misspelling of the word Education. ( It reads: Educaton.. instead of Education.) Whoops.. of all the words to misspell. 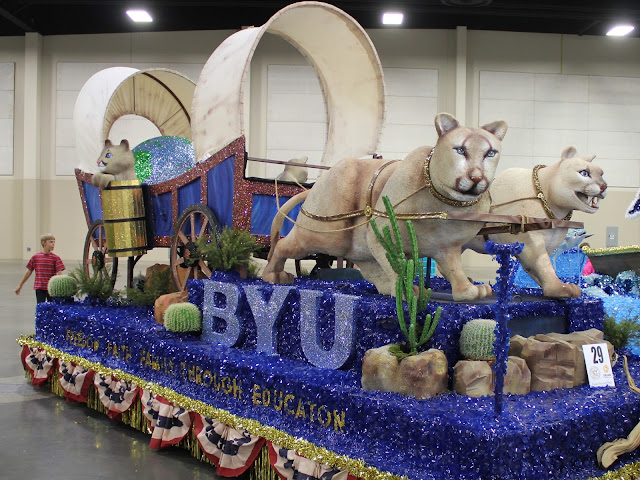 Here is one more float promoting a Temple Challenge to do more Family History Work. 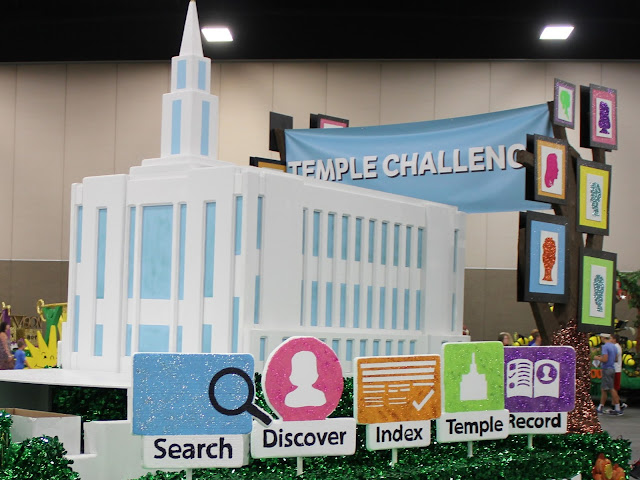 Anyway, I could share more photographs of more of the floats, but I didn't want to "rain on anyone's parade" and spoil the surprise for those planning on attending the parade tomorrow.

I did think this one below was well done. The pioneer man stands about 9 feet tall to give you an idea on scale and the sculptures on the float. 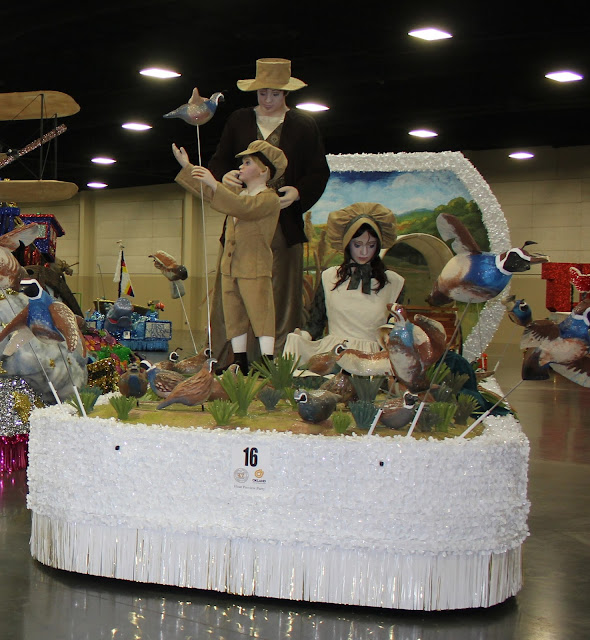