289: THE ECLIPSE: TO OBSCURE OR BLOCK OUT LIGHT

I set my alarm last night for 4:00 AM to watch the lunar eclipse. There was some cloud cover over the Salt Lake Valley but as the eclipse began, the clouds gave way allowing visibility to see the full blood moon. Here is a photo I took right at 4:44 AM. 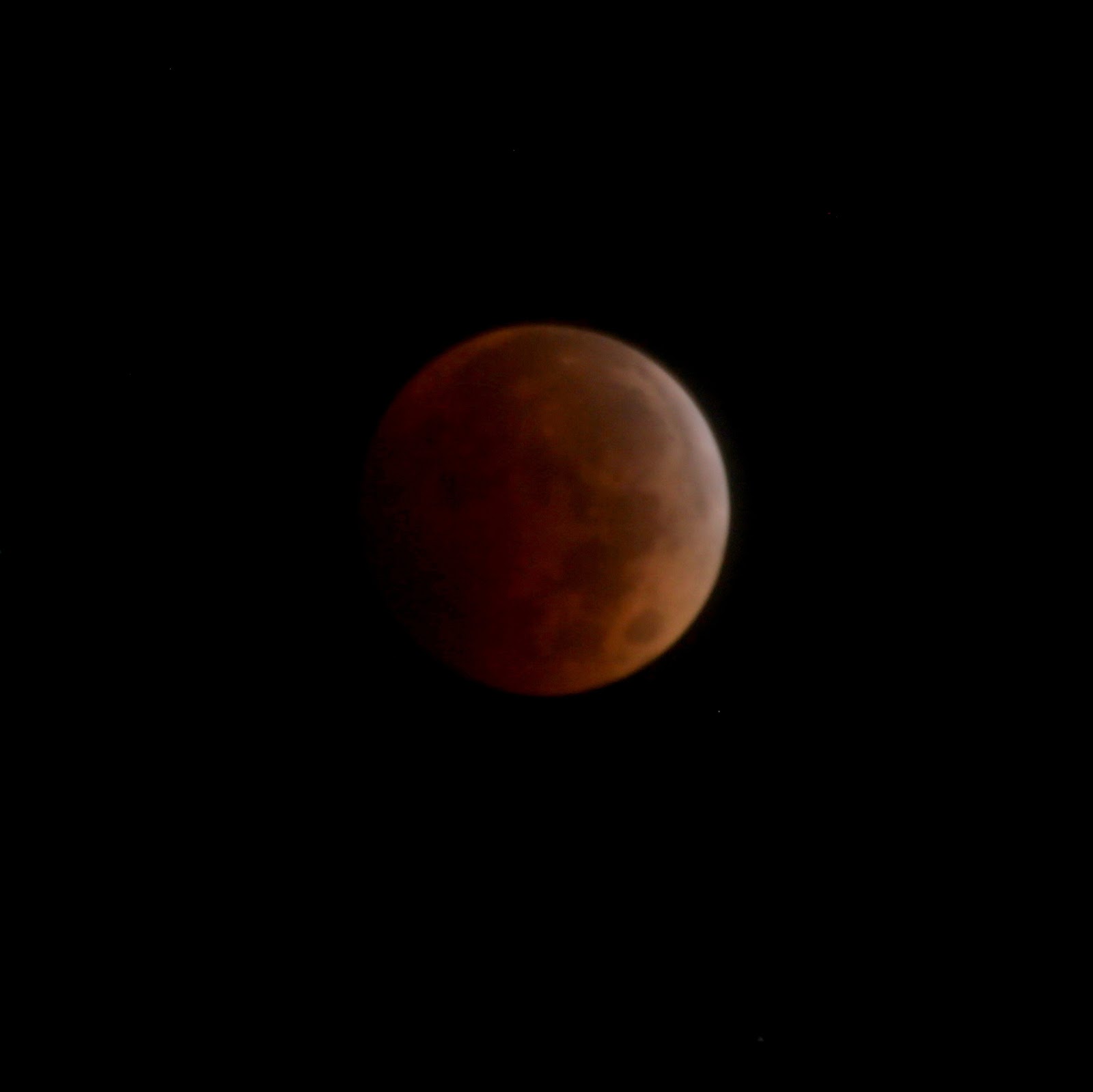 The word 'eclipse' means to obscure or block out light. It is to deprive someone or something of light, acknowledgement, power or prominence.  In the case of the lunar eclipse, the earth's shadow blocks out the light that would otherwise shine on the moon.
On Sunday morning, I personally felt that there was another "eclipse". Synonyms for the word eclipse are: overshadow, surpass, exceed, outstrip, outdo, top, trump, outshine and upstage. In the Sunday morning session of the LDS conference, the first three talks focused solely on the President of the Church eclipsing the Lord Jesus Christ. To illustrate this better, I took these three conference talks and made a word cloud. A word cloud is generated by giving greater prominence to words that appear more frequently in the source text. The word  'Prophet'   alone was spoken over 74 times, the word 'President' was mentioned 55 times, and 'Church' was said 53 times.
The name 'Jesus Christ' was said only 12 times. The Book of Mormon makes it clear that there is only one name under Heaven that we might receive salvation. In Mosiah 3:17 is reads: "And moreover, I say unto you, that there shall be no other name given nor any other way nor means whereby salvation can come unto the children of men, only in and through the name of Christ, the Lord Omnipotent." 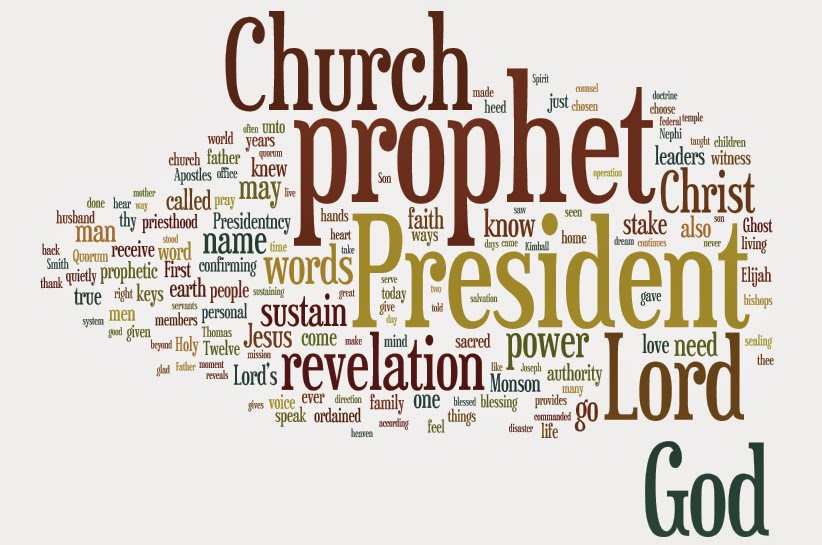 Furthermore, in the Sunday afternoon session, the first talk given by Elder Ballard emphasized the Prophet and the apostles of the Church. We were instructed to keep our eyes and focus on the leaders of the Church.

Elder Ballard said, “Keep the eyes of the mission on the leaders of the Church. We will not and cannot lead you astray.....And as you teach your missionaries to focus their eyes on us."