463: A PROPHET "UNLEASHED". FINALLY FREE TO DO THE THINGS HE'S WANTED TO DO 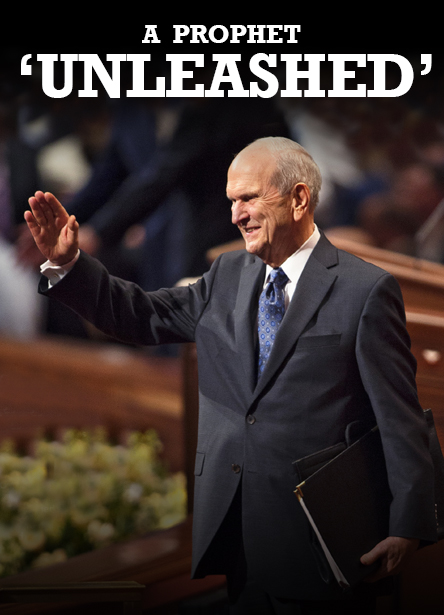 he’s wanted to do.

Russell M. Nelson certainly isn’t afraid to shake things up. The whirlwind of change since he took the faith’s helm proves that.

In fact, says the person closest to him, he thrives on it.

"He's not afraid to do something different,” Wendy Nelson says. “If we're really preparing the church and the world for the Second Coming of the savior, he is sincere about that."

“It is as though he's been unleashed. He's free to finally do what he came to earth to do. … He's free to follow through with things he's been concerned about but could never do. Now that he's president of [the church], he can do those things

In my humble opinion, it is never about what we want to do, or to follow through with things we have been concerned about, or things we could never do until we were in a position of power and authority.

To me... It is all about what the Lord, and what He wants done. We don't do anything until He asks us to do it, and we do it exactly in the manner He wants it to be accomplished.

The following is what I would expect a servant of the Lord to say:

"This is my focus: I try to do what I have been asked, when asked to do it, in exactly the manner it is told me to accomplish, and to leave the results entirely to the Lord. If I do only what He asks, then the outcome is His alone. I cannot take credit or blame. I cannot be flattered or criticized, because it has but little to do with me. If it results in something great, then I do not own it and can take no credit for it. If it results in something terrible then I cannot blame myself for failure or take upon myself the disappointment. If I respect man's agency and allow them to choose, then I have discovered that I ought to likewise respect God's agency and allow Him to lead. Given my limitations I may suggest, petition, give observations, protest, and complain to the Lord, but I have no right to reject His direction and fail to follow His instructions.

There is no such thing as a "spiritual accomplishment." As soon as we think we have achieved that our hearts are off track. There is only humility and meekness. These two virtues allow God to accomplish something, because it removes our own vanity and pride from the equation. No matter how well-intended, we are NOT God, we are NOT wise, and we do not have at our disposal enough intelligence to out-think our adversaries. God can. We cannot. If we want to fail, then we just need to take the initiative. If we wish to succeed, then we kneel before God and do as He asks."

"We're witnesses to a process of restoration,” said the prophet. "If you think the Church has been fully restored, you're just seeing the beginning. There is much more to come.. Wait till next year. And then the next year. Eat your vitamin pill. Get your rest. It's going to be exciting"

So to me if we are in the process to fully restoring the Church.. I would think we would not be reducing, eliminating and subtracting things. Not changing what was first given to us by Joseph Smith..but receiving more Light and Truth, adding to our scriptures, etc.

Here is a comment that I read recently that sums it up really well.:

"I think it's a pretty big universe out there;
"God" likely has more to do than worry about names
and hours in church and summer-time shows."