178: UNION OF MALE AND FEMALE: MARRIAGE

“Nevertheless neither is the man without the woman,
neither the woman without the man,
in the Lord.”
1 Corinthians 11:11
( I think there is symbolism to the  chapter and verse numbering of this scripture)
....

This week my wife and I have noticed a pair of collared doves in our ﻿yard. Below is a photo of them on our lightpost. I have never seen a white collared dove which I assume is the female. She is beautiful. Doves themselves represent "motherhood".. and they are a symbol of nurturing, gentleness, and wisdom. Here is an interesting fact: Doves often cease their foraging for food just before their babies are born. This temporary starvation insures a pure formulation of "crop milk" *(otherwise their offspring could not digest bits of solid food in the "milk"). This is great example of maternal attributes as well as self-sacrifice for the sake of their progeny.

*Members of the pigeon family (pigeons and doves) are the best known of the birds that produce a substance called " crop milk" for their babies, with the others being the Greater Flamingo and Emperer Penguin. This is not a true milk, such as the milk produced in the mammary glands of female humans and other mammals. 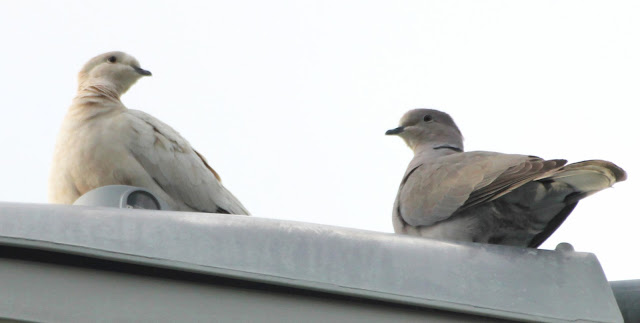 Sidenote: I first saw these doves appear on Sunday evening, the night that the three planets (Venus, Jupiter, and Mercury) were to align. Little did I know that it would be cloudy that evening and I was unable to see the planets. Instead  that evening, a male dove and a female dove stayed for about 20 minute on top of our lamp post in front of our home. It was symbolic. The male dove symbolized Jupiter, the female dove Venus (Venus is often featured with a dove.) and the light post represented the planet Mercury. 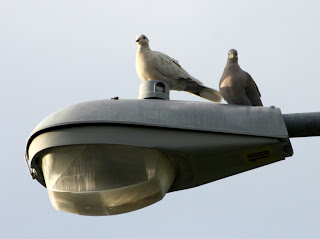 
In contrast to the last post on the direction the world is headed, the following are some thoughts on Gods Ways; The Dyad which is the way of progression, procreation, order and unity. It is:

...
MAN and WOMAN
MALE and FEMALE
ADAM and EVE
HUSBAND and WIFE
...
Some brief history. Instead of waiting for further instructions, Eve was beguiled, did not wait for further instruction, and thus partook of the fruit prematurely. Adam was then faced with a dilemma or in other words, a priority problem. To partake or not to partake, that was his question. He could either remain faithful and obedient to the Lord and not partake of the fruit, causing him to be a lone man in the Garden by losing his helpmeet who had been given to him by the Father, as well as disobeying the commandment to multiply and replenish the earth OR he could partake of the fruit, stay united with the Mother of All Living. He could not do both. Either way he was going to be "disobedient" to something. Either way he was going to lose something. A choice between the Garden and his helpmeet, he chose to lose the Garden and keep his helpmeet. He chose to stay with his wife and to keep the commandment to multiply and replenish the earth rather than to remain separate and single. Smart man.


“Therefore shall a man leave his father and his mother, and shall cleave unto his wife,
and they shall be one flesh.”
Abraham 5:18
...
If you read the verse with substituting man with Adam and wife with Eve, as well as capitalizing father and mother. It would then read..


“Therefore shall Adam leave his Father and his Mother,  and shall cleave unto Eve,
and they shall be one flesh.”

(The word cleave means to adhere closely; to cling, to remain faithful, to stick or hold together and resist separation.)

While many are concerned, and rightfully so, of the ills of our society, I believe it has to do with the breakdown of the union of the husband and wife. Selfishness, Greed, Addictions, Lack of Patience. Currently, there are many who are progressing individually. Yes, progression can be individual. But there's a point beyond which you cannot go…without having dyadic progression (male/female unity). Perfect oneness with God involves a marriage that is the development of both husband and wife. Not the product of one person pulling it off. It requires joint development, joint progression and joint effort.

Progression involves multiplying and replenishing. The wife can not have children except through the husband, the Husband can not have children except through the wife.  Unfortunately in this world, we’ve turned marriage into just romance, when the more God-like way is self sacrifice. Having children is gift from God to become and learn to be like a God. It is not easy to have children. They turn your life upside down. Children can be the cause for many marital problems. However, if their are problems that arise in marriage.. work it out jointly… together…. If you can’t work it out.. it is failing jointly. Divorce destroys families.. and it snowballs and effects the children. It has irreversible consequences. The dissolving of a marriage is devasting to the children. It creates chaos in their lives, a life of pain.. almost impossible to repair. The scars remain longer than we might think. 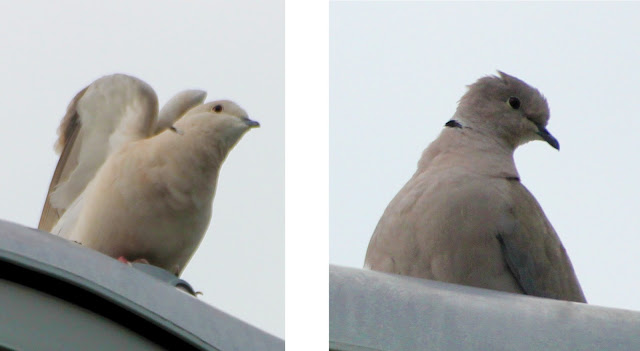 We live is a corrupt, immoral, confused, fallen, sensual world. What is right is wrong and what is wrong is right. We more than ever need to stand for truth even if our leaders don't. Marriage between a man and woman is order. It is harmony. It produces life, peace and "fulfills the measure of creation" which "brings joy." Unfortunately, when it is employed in other ways, it produces pain, misery and sometimes catastrophic results. It is a right of every child to come into a family where they have the benefit of the family as established by God. The father and mother are literally symbols of God. They are in His image and likeness. We can either conform to God's pattern or be destroyed. 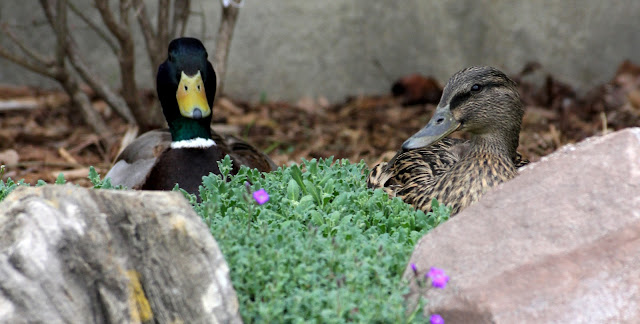