Mankind is inclined toward idolatry. People turn from following Christ to following men whenever attention is drawn to a man.  We build monuments to immortalize men who have acquired power on this earth. Statues in bronze and marble enshrine images of men who are considered supreme leaders in their country.. Larger than life statues are placed in public city squares for all to see. While many will say these statues help us to remember and pay tribute to these men, it actually  is a form of idolatry. Often great men are made into idols. That is not what is to happen. It is even more of a perversion for men to set themselves up as idols, to be followed as if they were God.


---------------------
The socialist and communist countries are not the only countries who build large statues of prominent men and place them in the middle of their city squares. It is not uncommon to see statues of men here in the USA. Below is one in my own city of Salt Lake.

I recently told my friend of a historic photograph that I saw hanging on a wall in downtown Salt Lake. It is a photo of a triumphant archway that was built in the early 1900's that frame this large statue of Brigham Young. It was called the No Ni Shee Arch. Here is a photo I took of it. 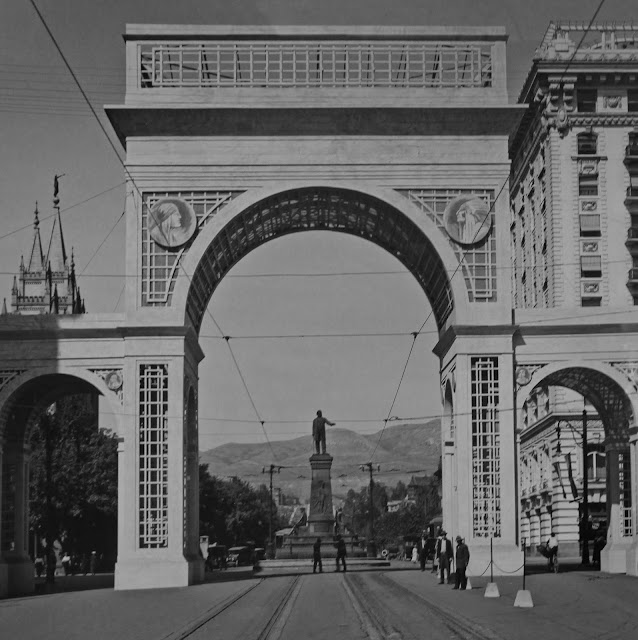 When I mentioned this photograph,  my friend told me about a book called Pioneer Prophet written by John G Turner. My friend shared with me the following:

The author Turner concludes that there were two sides to Brigham Young.

The first Brigham was a great missionary and a loyal friend and ally to Joseph Smith. When church members and even church leaders were apostatizing in great numbers in the later Kirtland years, Brigham fiercely defended Joseph and his status as a prophet.

The death of Joseph Smith ushered in the era of what Turner characterizes as "The second Brigham". This Brigham wrested control over the church as the senior most member of the Quorum of the Twelve and became quite comfortable, even consumed, with the power that he had claimed for himself. As charismatic as he was autocratic, he was viewed by his followers as an indispensable protector and by his opponents as a theocratic, treasonous heretic. During the reformation of 1850's George D. Watt, a church clerk from Provo, said the following, "Brigham Young is an absolute monarch and it is his right to be so...if Brother Brigham tells us to do anything we should not question his right to dictate to us in every thing." (This represents a stark contradiction to and departure from the doctrine that Joseph Smith taught - which is to teach the people correct principles and let them govern themselves.)

Additionally, the manner of Joseph’s death had made this second Brigham paranoid about what could happen to him, and so he used his power and influence to inspire a culture that accepted his word as law, no questions asked. For instance, in December 1846, he said to the members of their camp: "You must stop your backbitings, speaking evil of the twelve, speaking evil of me...Or you will be damned." He reminded the Saints numerous times that dissent has caused their first prophet his life and he would not tolerate it in any form whatsoever. On one occasion he said, "Brother Joseph, being a very merciful man bore with these things until it took his life, but I will not do it." This culture of absolute obeisance created by Young had dire consequences for those who dissented or disagreed, and had fatal consequences for the victims of the Mountain Meadows massacre, an event that was the product of the vengeful iterations of Young and other church leaders and possibly by the doctrine of blood atonement as taught by Brigham Young (although Brigham Young did not authorize the massacre, he is in part responsible because of the culture that he created).

Brigham Young died on August 29, 1877. Sixteen years later a twenty five foot monument was build and placed on the Southeast corner of  the Salt Lake Temple. Without a doubt, Brigham Young did some amazing things for the LDS Church. He has been called the Modern Day Moses.

However, I don't think the Israelites would have erected a larger than life statue of Moses and placed it on the South East corner of their temple in Jerusalem. If they did, we would think of them as idolaters. Not sure what the Lord would have done since He wasn't very happy with them building a small golden calf. 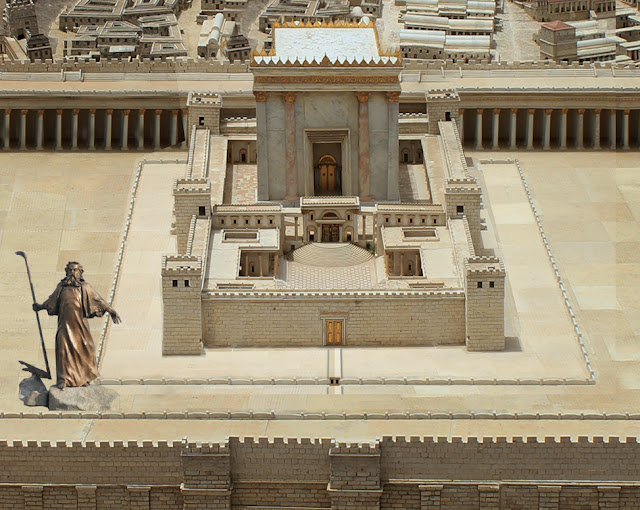 In the Book of Mormon, Nephi's brother Jacob said, "Yea, who unto those that worship idols, for the devil of all devils delighteth in them." (2 Ne. 9: 38.) That is why we are never to allow any man or group of men to get between us and God. God alone is worthy of worship. If you put another man or institution between you and God, you are the delight of the devil of all devils, for he has made you his.