At church on Sunday, an announcement was read notifying us that The LDS Church has altered the name and program for its annual Christmas devotional. Known for 40 years since the early 1970s as the "First Presidency Christmas Devotional," the event traditionally has featured a talk from each of the three members of the First Presidency of The Church of Jesus Christ of Latter-day Saints as well as Christmas songs performed by the Mormon Tabernacle Choir.

The church's press release, website, and tickets to the event this year call the event.. Christmas Devotional. The name change signals a change to the program.

President Monson opened the devotional and gave brief remarks. He spoke for less than 5 minutes. Instead of President Erying and President Uchtdorf speaking, the two Priesthood leaders that spoke were Elder Rasband and the concluding speaker was Elder Russell M. Nelson. Also, this is the first time that a woman spoke. It was Sister Rosemary Wixom the General President of the Primary.

It would be interesting to know the reasons behind the changes. 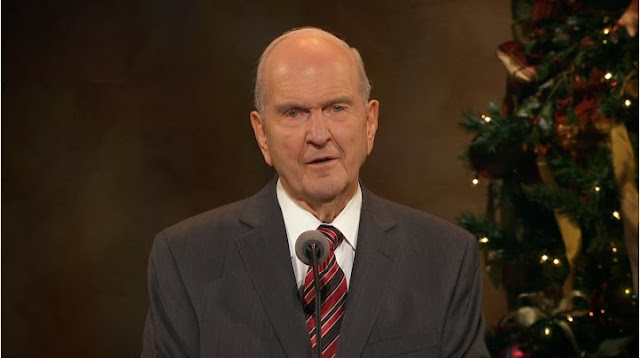 During Elder Nelson's talk, there was a video that played of Elder Russell M Nelson and young children circling around him and singing to him. 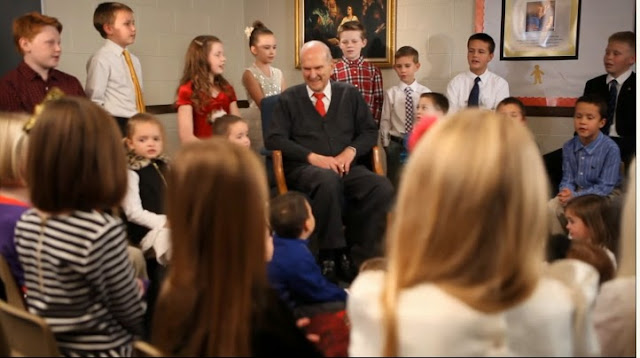 Sidenote: Elder Ronald Rasband was the President and Chief Operating Officer of Huntsman Chemical Corporation. In April 2009, Rasband became the senior and presiding member of the Presidency of the Seventy. Elder Russell M Nelson is the fourth most senior apostle among the ranks of the church hierarchy. Recently, both of these men have been influential in the decision making to remove the church membership of local author for writing a book about Church History.