Yesterday was the first day of spring. A time of birth, rebirth, a new beginning, and a new start. Darkness and Light are equal in the amount of sunlight in the Northern Hemisphere. After the equinox, light begins to overcome darkness.The days get longer.

Fitting that on this past weekend which marks a time of balance and "equality" The Church came out with a few new videos that celebrate EQUALITY. Below are a few screenshots from their social media video that can be seen only on Facebook. The video emphasizes that we are all different, and despite our diversity we should all be accepting, united and equal. 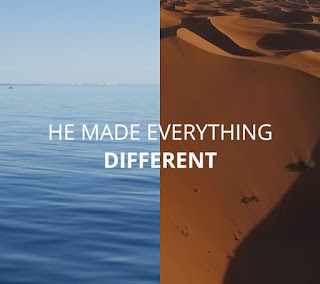 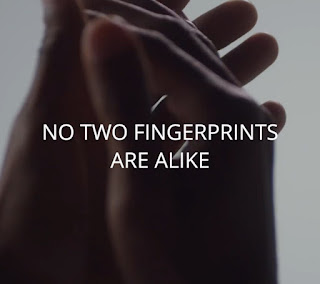 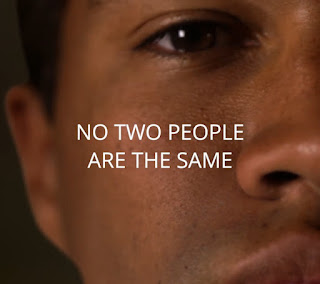 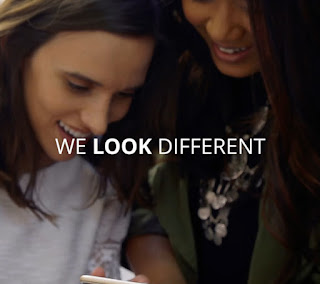 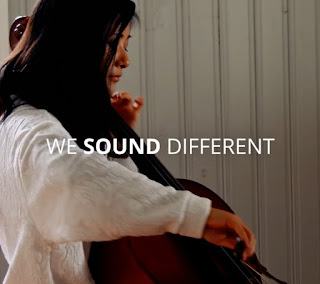 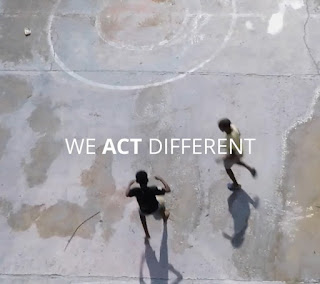 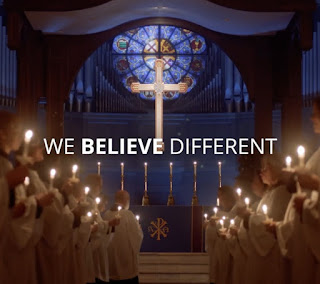 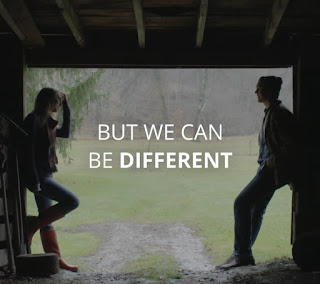 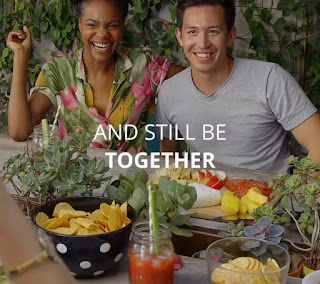 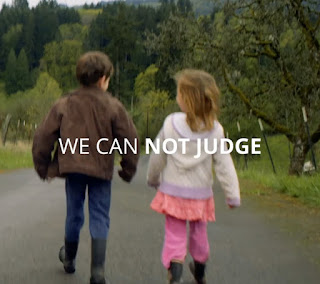 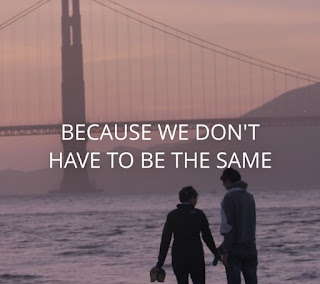 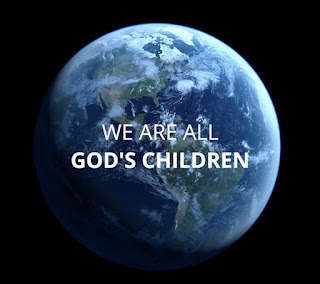 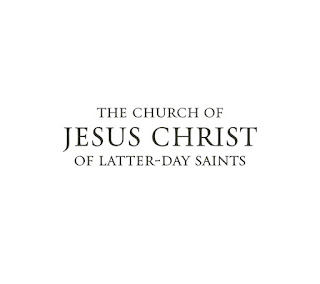 From the above videos, it seems that the LDS Church is making huge media efforts to show we are an accepting and tolerant church. Quoting from the video, "We believe different, we act different, but we can be different and still be together. We don't have to be the same to be one."

Another LDS video that came out and just posted on lds.org is entitled Mormon and Gay. Below is the video and the link on LDS.org  https://www.lds.org/media-library/video/mormon-and-gay?lang=eng

One could conclude from the above videos that the Church is changing their stance on social issues and becoming more accepting of the LGTB community, as well as to the blacks, and other religious organizations specifically the Catholics. What is interesting is to see such a dramatic shift. It was not too long ago that the past prophets declared the following statements:

“Homosexuality is an ugly sin, repugnant to those who find no temptation in it, as well as to many past offenders who are seeking a way out of its clutches. It is embarrassing and unpleasant as a subject for discussion but because of its prevalence, the need to warn the uninitiated, and the desire to help those who may already be involved in it, it is discussed in this chapter.”


“... it is clear that any sexual relationship other than that between a legally wedded heterosexual husband and wife is sinful. The divine mandate of marriage between man and woman puts in perspective why homosexual acts are offensive to God. They repudiate the gift and the Giver of eternal life.”


"It is also to the Book of Mormon to which we turn for the plainest description of the Catholic Church as the great and abominable church. Nephi saw this ‘church which is the most abominable above all other churches’ in vision. He ‘saw the devil that he was the foundation of it’ and also the murders, wealth, harlotry, persecutions, and evil desires that historically have been a part of this satanic organization.


"You must not think, from what I say, that I am opposed to slavery. No! The negro is damned, and is to serve his master till God chooses to remove the curse of Ham.


So much has changed in such a short amount of time. I could be a black, gay Catholic and be welcomed with open arms to any LDS church. On the other hand, I could be a white, straight, faithful father and husband who believes in the Restoration, have a testimony of Joseph Smith and the Book of Mormon but struggles with leadership only to be shunned, threatened, cast out and even excommunicated. We live in crazy times.

Here are a few photos I took on a camping trip this past weekend down at the Parawon Gap.

For those who don't know much about the Parawon Gap, here is an interesting descritption by Hugh Nibley that he wrote in the book, Promised Lands.

Hugh Nibley states, “By an interesting coincidence I had spent the previous week in Cedar City with President William Palmer, a patriarch as well as stake president, who taught anthropology in the college there. He had been initiated into the Paiute tribe, and took me out to their sacred place in the plain southwest of Parowan [Parowan Gap]. The building of the highway had put an end to the rites of initiation that once took place there, but President Palmer described the teachings and ordinances as far as was permitted. In particular he told the story of the descent of the Lord from heaven as if at that place, an event much like that described in 3 Nephi. Tobats was the God of all Creation; his son Shinob was the peacemaker full of love and eternally young. One day the Evil One Un-nu-pit killed Shinob. At once a great darkness fell upon “Tu-weap,” the whole earth. It was absolute blackness for three days. In this chaos and confusion everyone was groping around in howling and lamentation. Finally, a voice from the top of the mountain spoke; it was Tobats the Father. He told them to move about with outstretched arms, calling out to each other, and joining hands with whoever one touched. Thus they formed lines, and the lines were instructed to join with each other; people in the lines were to cry out for husbands and wives and children until all families had reformed. Then the noise ceased, and a voice told them to climb the mountain or mesa where Tobats was. They worked their way up the mountain, toiling in human chains and finally forming a huge circular formation on the top, with Tobats in the middle. Well, Tobats said he would shoot an arrow straight up (this is the well-known Indian and world-wide theme of the arrow chain to heaven [the fiery pillar of light?]). His arrow produced a tiny spark of light; but the second arrow brought light, which grew like an explosion until it flooded all the land. The blackbird and the flicker have been honored ever since because their feathers were used for the arrows—they are perpetual reminders of the great event.” (See Hugh Nibley, Promised Lands, in Brother Brigham Challenges the Saints, FARMS-Deseret Book. See also William R. Palmer, Two Pahute Indian Legends: “Why the Grand Canyon Was Made” and “The Three Days of Darkness,” Cheney, WA: Citizen Journal Press, 1987, pps. 21—22.)

"We believe all that God has revealed, all that He does now reveal, and we believe that He will yet reveal many great and important things pertaining to the Kingdom of God."
Ninth Article of Faith

I realize that this is old news to the few who read this blog, but I was asked to post this information on this blog. For the past couple of years, multiple people throughout the world have been independently working on putting together a set of scriptures that would contain all of the known revelations, translations and teachings of Joseph Smith including the return of The Lectures on Faith included in the Doctrine and Covenants. They recently joined together their efforts and a preview of this 3 volumns of work is now available on Amazon (as well as a free online download) to read and study. The compilers have asked for any feedback or needed corrections to be submitted to them.  While the full purpose of their project was initially unknown , this project has begun a best effort to "repent and remember the new covenant." Here is a link with additional information.

Sidenote:
This is the 400th post on this blog. The number 400 is significant.  In scriptures, the number 400 symbolizes a distinct time period. For example it is the time period from God fulfilling his pledge to Abraham in Isaac's birth to the children of Israel leaving Egyptian bondage.  "And he said unto Abram, Know of a surety that thy seed shall be a stranger in a land that is not theirs, and shall serve them; and they shall afflict them four hundred years." Genesis 15:13  Stephen, in his testimony before religious leaders just before his martyrdom mentioned this time period in Acts 7:6, Also, 400 is the number of years from David to the exile, as well as the exact number of men gathered around David during his escape. (1 Samuel 22:2)

In the Book of Mormon we also see the number 400. We read in Helaman 13:5 "And he said unto them: Behold, I, Samuel, a Lamanite, do speak the words of the Lord which he doth put into my heart; and behold he hath put it into my heart to say unto this people that the sword of justice hangeth over this people; and four hundred years pass not away save the sword of justice falleth upon this people." A few more references to 400 can be found in Alma 45:10, and Mormon 8:6.
Posted by BARE RECORD OF TRUTH at 1:26 PM 9 comments: