THE TESTIMONY OF SAINT JOHN 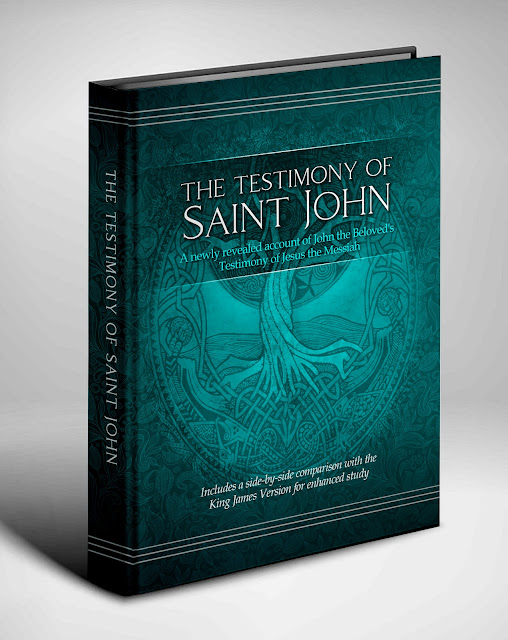 Now available in a stand alone edition in both hardback and paperback.
You can order a copy on Amazon:  Amazon Link  or on Aerio: Aerio link
The book also includes a side-by-side comparison of the King James Version of St. John along side the this new account of John’s record that has now been revealed. Here is an example of one section that I highlighted in yellow that I thought is beautiful. 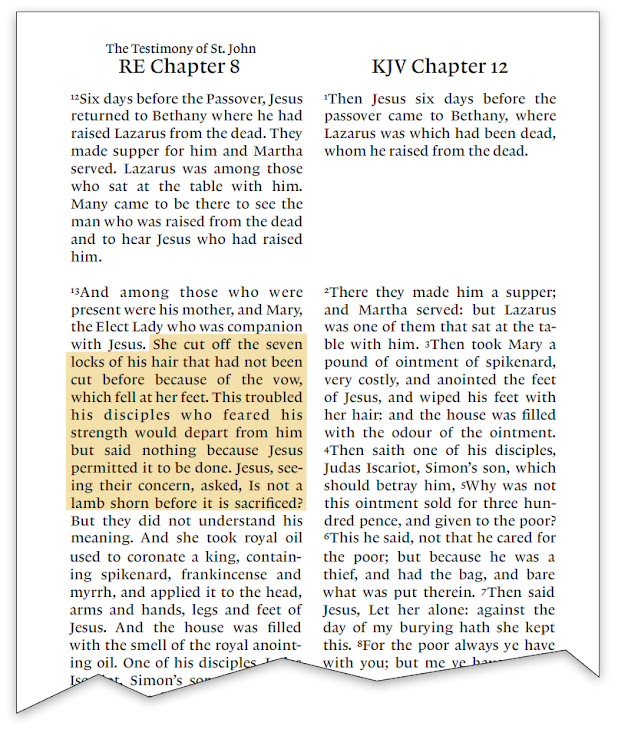 Sidenote:
Scriptural precedence for the fulness of John’s record to be revealed

"And then shall my revelations which I have caused to be written by my servant John be unfolded in the eyes of all the people. Remember, when ye see these things, ye shall know that the time is at hand that they shall be made manifest in very deed."

18-19 And it shall come to pass, that if you are faithful you shall receive the fulness of the record of John. I give unto you these sayings that you may understand and know how to worship, and know what you worship, that you may come unto the Father in my name, and in due time receive of his fulness.

There is a new edition of the scriptures being prepared which will use the JST of the Bible. That will result in both the Book of Moses and JS-Matthew being removed from the Pearl of Great Price. When I was asked to take a look at the project I had the impression that a new translation of John's Gospel was needed and ought to replace the missing texts. I asked a qualified Greek Scholar to undertake that project and he declined. But the impression remained that it needed to be done.

I made it the subject of prayer and was told to do the work. I spent a few days working with an English-Greek New Testament, the JS Translation of John, and a Greek Lexicon before becoming hopelessly discouraged by the many options and choices. I prayed about it before retiring for the night and essentially quit. I explained that it would take years for me to accomplish this, and that I was not going to be able to solve the riddles of the text. I went to bed assuming I was done with it.

In the middle of that night I was awakened and given the solution to every dilemma I had been facing in the work on the text. So the next day I continued on from where I had abandoned the work and, to my surprise, everything was opened to my mind so clearly and continuously that the entire project was completed in less than three weeks. The light of heaven opened the material in a way I had never thought of nor had previously attained to in considering the Gospel of John. At times it progressed so rapidly that I was unable to finish one part before the next came rolling out. Many new and different things were added, and at least one thing was dropped entirely because it was not part of John's original composition. Because of the rapid way it rolled out, once I finished the text I went back to clean up a lot of what had been left as incomplete sentences, run-on sentences, missing words (particularly conjunctions) and cryptic or inadequate explanations. The intent of the writer, John, was revealed, including why some things were included in the text and the manner he wrote.

When it began it was an attempt at a "translation" but by the time it was completed it was clearly a "revelation" and not merely a translation of a text. Therefore the result does not have my name on it, because I cannot claim any credit for the content. I failed in what I was attempting. What resulted came from heaven. -DS