155: DECADENCE: DECLINE OF A SOCIETY

Next week is the one year anniversary of the dedication of the LDS Church's City Creek Center. In light of that I thought I would post some thoughts:

.....
Everyone knows why the Roman Empire fell. It became decadent. Decadence is a luxurious self-indulgence. It is often used to describe a decline of a society due to a focus on self and worldly gain instead of a focus of being self-less and helping those in need.

The Book of Mormon repeatedly point of the four things that will destroy a civilization. It is the lust for power, riches, popularity and the desires of the flesh. Nibley addresses this in his book "Approaching Zion."

Below is an image of City Creek Center. Visible in the photo is Tiffany's, the premiere store to buy gold and silver. In Alma 31:24 we read, "Now when Alma saw this his heart was grieved, for he saw that they were a wicked and a perverse people; yea, he saw that their hearts were set upon gold, and upon silver, and upon all manner of fine goods. 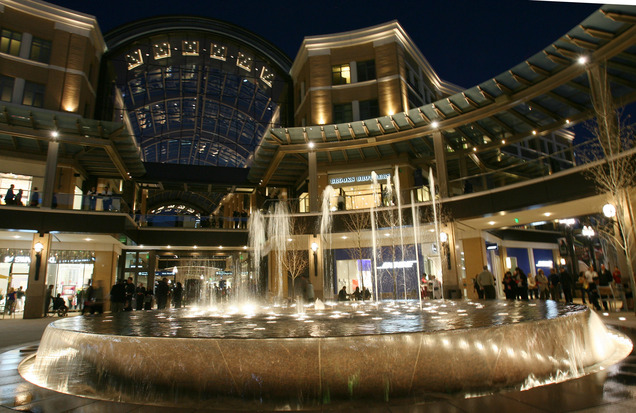 The antithesis and antagonist of Zion is Babylon. Its worldliness and its focus on the outer appearance all combine to make Babylon the symbol of decadent societies and spiritual bondage.

Babylon was, in the time of ancient Israel, a city which had become sensual, decadent, and corrupt.


Below are two billboards that are advertising the City Creek Gym. Now, I want to make it clear that the Church does not own the Gym (unlike the one it operated across from the Temple called Deseret Gym), but this new Gym is part of the City Creek Mall, and uses the tagline, The Gym at City Creek. These huge billboards are hard to miss and are located off of 500 South as you enter into downtown Salt Lake. Funny how I feel I should apologize for posting them, but these are advertisements drawing people to what has been justified as a place to beautify the surrounding area of the Temple.

What do we worship? The God of Abraham?..or the god of this World?

I found this talk given in General Conference in 1971.. over 40 years ago.

"Many thoughtful people are deeply concerned about the religious and social conditions that prevail in our society. It is the contention of some students of history and men of learning that our civilization is rapidly deteriorating and we are drifting into a decadent period of existence.

The thing that is needed more than anything else today is a return to faith in the Lord Jesus Christ and in the gospel plan that he gave. Today, as perhaps seldom if ever before, civilization is in need of a knowledge of the true and living God. Yes, the cure for the ills that beset the world today is true religion. We need the humility of prayer, and a determination to learn God’s will and to keep the commandments that he has given. We need faith that our Savior lives, faith in his redeeming sacrifice. In other words,  Christ and his teachings should become the center of our lives.


Oct 1971 Conference Talk by Joseph Anderson on The Living Christ

I sent a letter over a year ago to the President Bishopric about my concerns about City Creek. I thought I would post the response letter I received:
..................

I have been asked to respond to your letter to the Presiding Bishopric expressing concern about City Creek Center advertising.

When the project was first announced in October 2006, Church leaders were careful to explain that City Creek, as a mixed-use enterprise of office space, residences and retail stores, would operate under commercial business standards. They repeatedly made plain that City Creek is fundamentally different from the ecclesiastical properties at Church headquarters.

City Creek Reserve, Inc. (CCRI), a real estate investment arm of the Church, has sought to create a place of beauty and economic vitality that is welcoming to all Salt Lake City residents and visitors, whether members of the Church or not.  We have worked with our retail partner, Taubman Centers, Inc., with city leaders and with other downtown stake holders to design, construct and operate a combination of businesses that will revitalize and enhance downtown for decades to come.

In their advertising, Taubman is inviting a broad, diverse audience, many of whom are not Latter-day Saints, to come and enjoy this new shopping and dining destination. Taubman wants everyone to feel welcome, including those who interpret what is tasteful and acceptable in fashion and dining in ways that differ from Church teachings. Of course, Taubman must abide by state and city decency laws, but you can readily appreciate that standards required by law are not the same as Church standards.