I find it interesting that the four gospels in the New Testament are titled..
Each of these apostles of Christ wrote their accounts "according to" what they saw, heard and witnessed. It is their testimonies.  "According to" is defined as "as stated or indicated by, or determined by".

Everyone has their own testimonies, perspective, and interpretation of things. Some seem to vary or even conflict with one another. In the end,  hopefully each are sharing what they know to be true and belong to the whole picture, a greater truth.
It reminds me of this parable of the Elephant and the blind men. 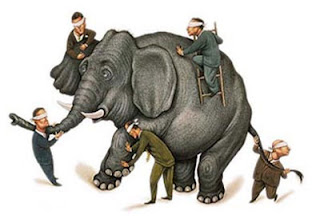 A group of blind men touch an elephant. Each man touches only one part of the animal. The man who touches the trunk says, “The elephant is like a tree trunk.” The man touching the tusk says , "The elephant is like a solid pipe.” The man touching the tail says, “The elephant is like a rope.” The man who touches the leg says, “The elephant is like a pillar.” Though they described the same animal, each man had his own point of view that was limited in perspective. Without honoring one another’s perspective, and without the will and skill to intelligently communicate, misunderstandings about what is “real” could escalate and cause conflict—each man believing he is right and the other wrong, when in actuality each is experiencing just one dimension of a greater truth.
.
In the last days, many will be decieved. Even the very elect may be deceived. (Matthew 24:24) Discernment is one of the most important gifts that we can recieve from the Lord. We need to constantly be asking for discernment. Many have part of the truth and they are pieces of the puzzle. Some see and feel the "trunk" of the elephant, others the "tail".  Few can see the entire elephant. We need to make sure that all of these pieces we see and feel connect in with the center puzzle piece.. Jesus Christ. 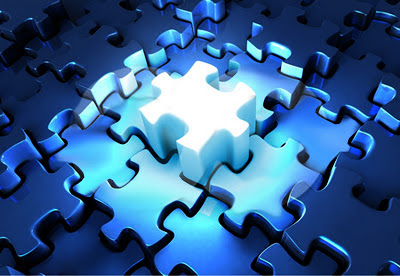 Behold, my beloved brethren,
THIS IS THE WAY;

and there is none other way nor name given under heaven
whereby man can be saved in the kingdom of God.