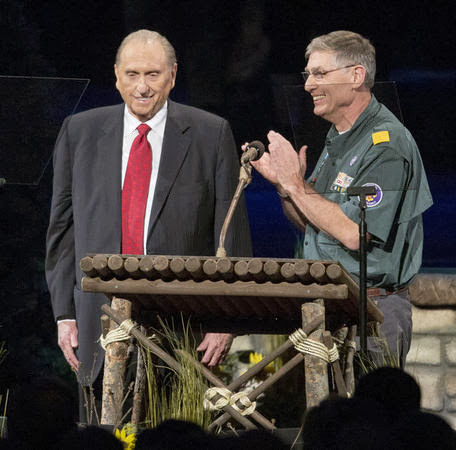 President Thomas S. Monson was recognized last night at the "Century of Honor" Celebration event for his lifelong service and support of the Scouting movement. BSA National President Wayne Perry added his voice to a variety of LDS Church and Scout leaders who saluted President Monson in video tributes — including his two counselors in the First Presidency, President Henry B. Eyring and President Dieter F. Uchtdorf.

In addition to being presented Scouting's Medal of Honor for saving the life a girl who was drowning in the Provo River when he was 12 years old, it was announced that an over 10,000 acre Boy Scout and High Adventure Camp is now going to be renamed the Thomas S Monson Leadership Excellence Complex.  This announcement was made by the Boy Scout National President, Wayne Perry.  This camp has been called The Summit Bechtel Family National Scout Reserve located in Mount Hope, West Virginia, and is the home of the National Scout Jamboree. (The Bechtel Foundation donated $50 million to the BSA to help purchase and develop the land that is now The Summit Bechtel Family National Scout Reserve. Not sure how the Bechtel family feels about their name being removed from the Camp. ) 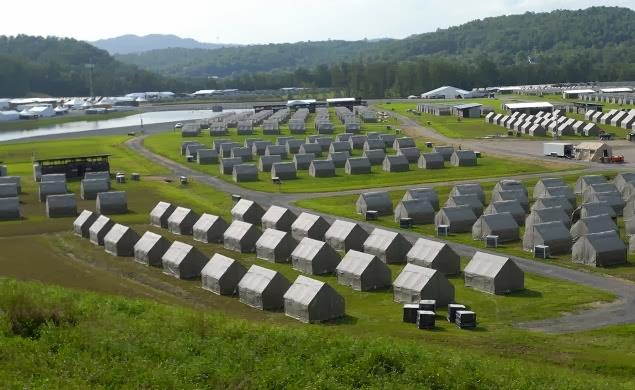 Take a look at this video shot at what will now be called the Thomas S Monson Complex, formerly known as The Summit.  Looks like an amazing place. Here is the website: The Summit


Here are a few photos of the Century of Honor Celebration held last night at the LDS Conference Center. 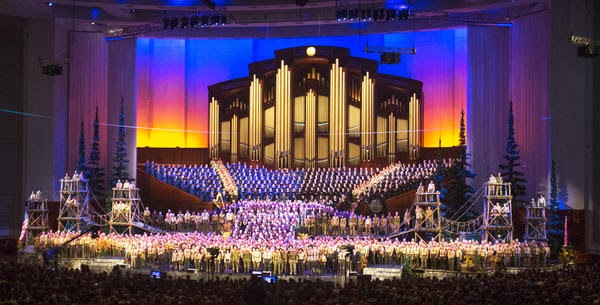 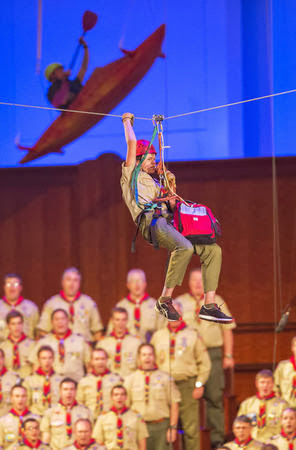 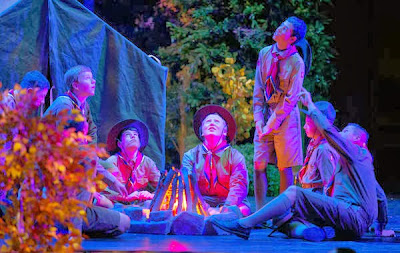