ALL OF THE SPIRES NOW REMOVED FROM SALT LAKE TEMPLE - Warning: Latest Photos are Shocking

The Salt Lake Temple Renovation and Restoration Project began almost 3 years ago starting in 2019.  President Nelson originally announced that the project would be complete in early 2024. I think the construction crews have faced a lot of  problems and setbacks. The project is now set to be completed in the year 2025.  Every time I go down to see the latest developments, the current state of the Salt Lake Temple  is always shocking to me. This is just my opinion but I am wondering if more damage is being done to the Temple than what an actual earthquake would have done. The spires have now been removed. All of the exterior ornamental granite details have also been removed. All the pioneer era murals on the interior have been destroyed. The Temple has been gutted not only in the inside but the outside as well. It looks like a hollow shell. I was under the impression that the project was to restore the Temple, not completely dismantle and take it apart. What historical renovation project does that? Will the Temple ever be the same again?
I can't help but remember that one month after President Nelson's announcement of the Salt Lake Temple Project, an earthquake hit downtown Salt Lake. The only damage was to the Angel Moroni Statue on top of the Temple. Moroni lost his grasp on the trumpet during Earthquake and the trumpet fell.  Now look at the Temple years later... All of the spires have now been removed. 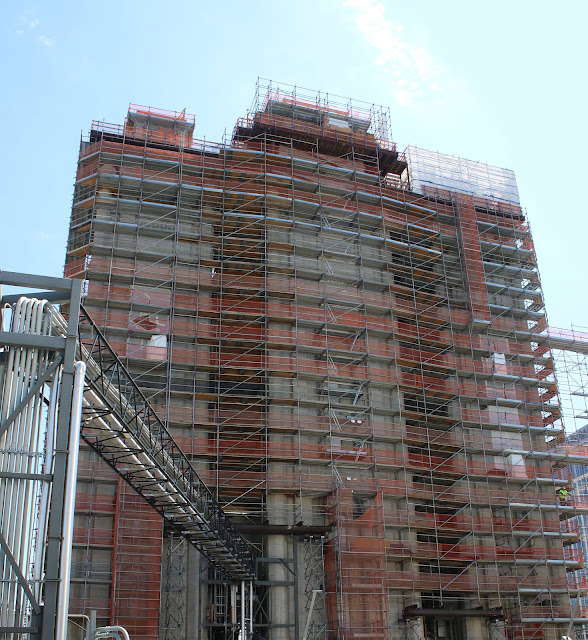 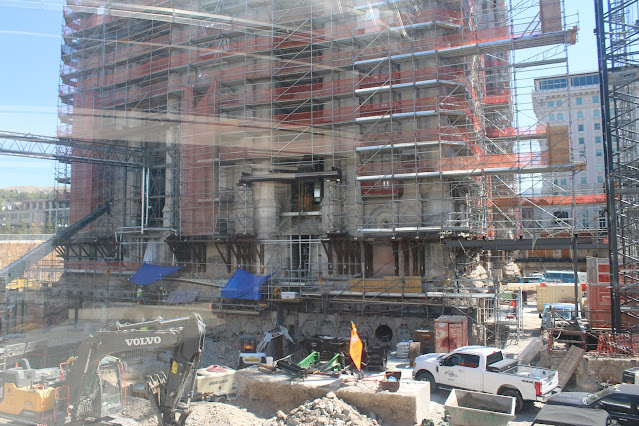 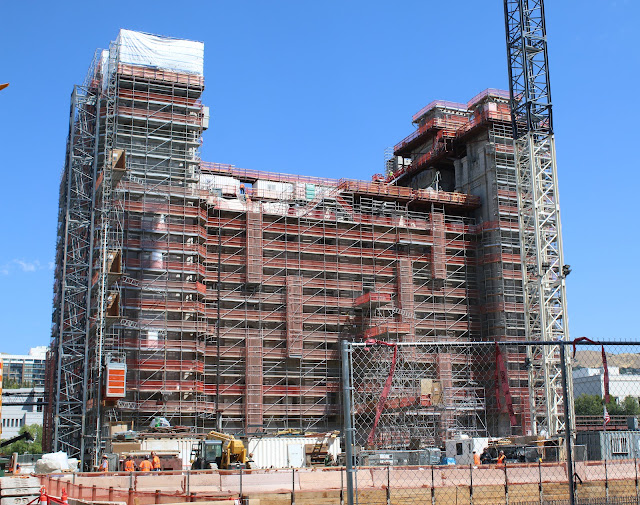 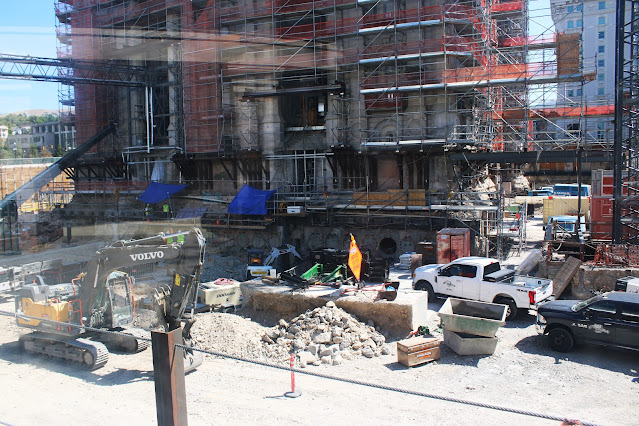 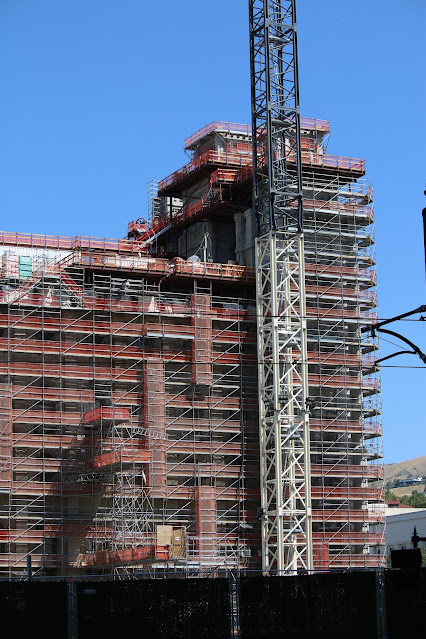 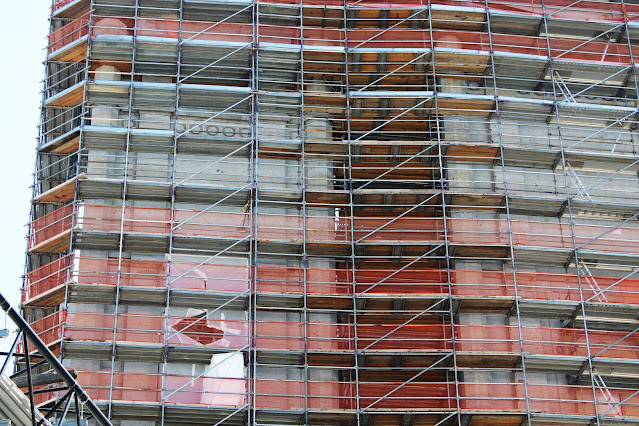 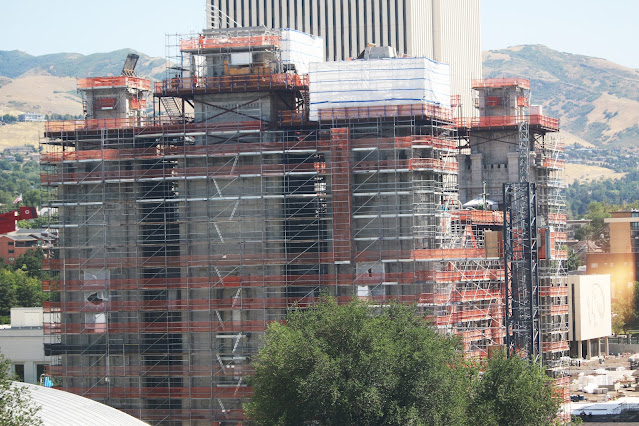 Salt Lake Temple Renovation Plans Unveiled. President Russell M. Nelson announced at a news conference on April 19, 2019, that the Salt Lake Temple will close on December 29, 2019, for approximately four years for a major renovation and restoration project including improvements to the surrounding grounds and facilities. The temple is expected to reopen in 2024

March 12, 2021
The First Presidency has announced significant alterations to the original plans for the interior of the Salt Lake Temple. The live-acting, progressive presentation of the endowment from room to room will be replaced by video presentation in single room. The historic murals of the temple have been carefully photographed and removed but will not return.

June 10, 2021
The North Visitors’ Center on Temple Square will be demolished.

December 13, 2021
First Presidency Statement on the Salt Lake Temple Renovation It is anticipated that the temple and its surroundings will be completed in 2025.
May 13, 2022
Salt Lake Temple Reflecting Pool Removed
I hope I am wrong. But I don't think the Temple will ever be the same. I miss what once was. 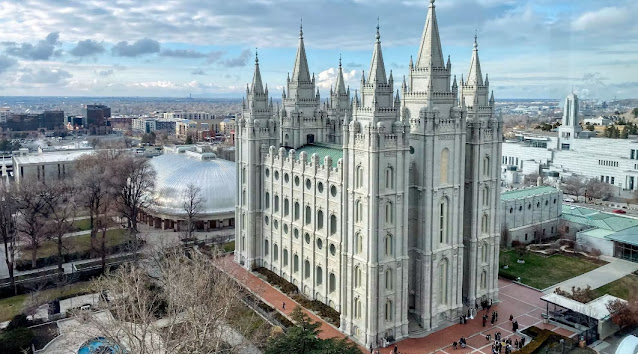