I took a quick photo while driving into work this morning of this billboard advertisement.  (hard to get a good quality image while driving on the freeway. :)
For those who didn't know, President Dieter F. Uchtorf was a refugee and his story will be aired tonight on the news. The word "refugee" is quite the buzz word lately... similar to "war veteran" during the presidential elections when John McCain and John Kerry were running for office. It is amazing the power of media to portray public personas to garner support/votes/sympathy.. or facebook "likes". 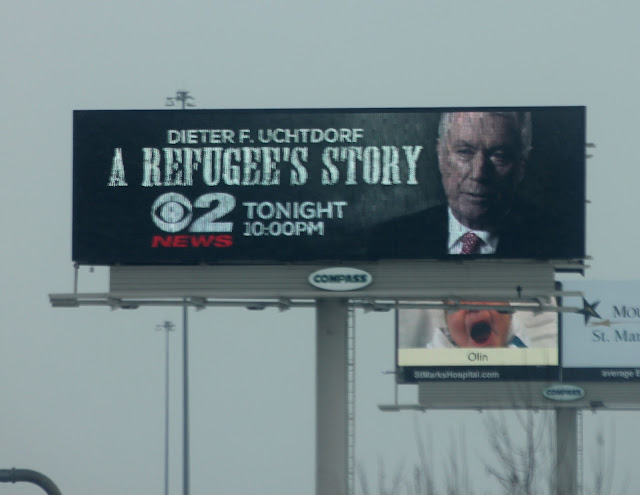