It appears that The Church of Jesus Christ of Latter-day Saints has donated millions to the new theater in downtown Salt Lake which is part of the City Creek Downtown Rising Project. The new theater is an extension to the LDS Church's high end office building called 111 Main. The 100 million plus theater is interconnected and actually shares the same lobby as the Church's latest addition to City Creek building portfolio. I wrote about 111 Main Office Tower here. 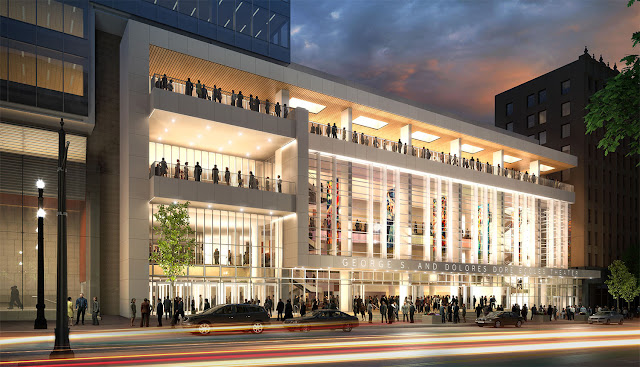 Below is a photo of the ribbon cutting gala event that took place last week. 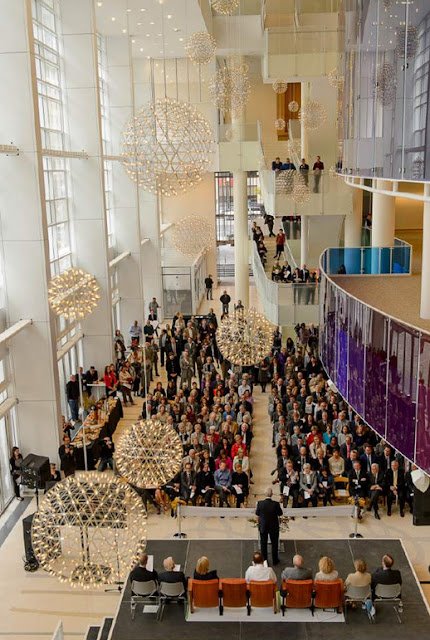 In the photo below, is the cutting the ribbon. The Eccles family were the highest donors to the building which the theater is now named after. The family representatives are the ones holdind the giant scissors. Elder M Russell Ballard is also part of the ribbon cutting ceremony and can been seen just to the left of the Eccles. The LDS Church is the listed as the third highest donor. Hard to know for sure if the listing is in order of donation magnitude, but if it is, that would put the church’s donation somewhere between $6,000,000.00 and $2,000,000.00 million dollars.  I wasn't in attendance, but I wonder if instead of  shouting "Let's Go Shopping" the said in unison "Let's Go the Show". 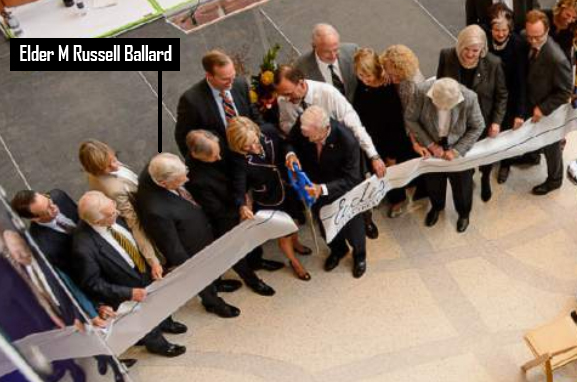 Here is the list  of the Top Five Listed Donors:


As part of the three-day Grand Opening Celebration, the Mormon Tabernacle Choir broadcasted  their weekly "Music and the Spoken Word" from this new theater last Sunday on Oct. 23, 2016. The MoTab's radio and TV broadcast was the first time in its 88-year history that the program originated from a Salt Lake venue other than the Salt Lake Tabernacle or LDS Conference Center. 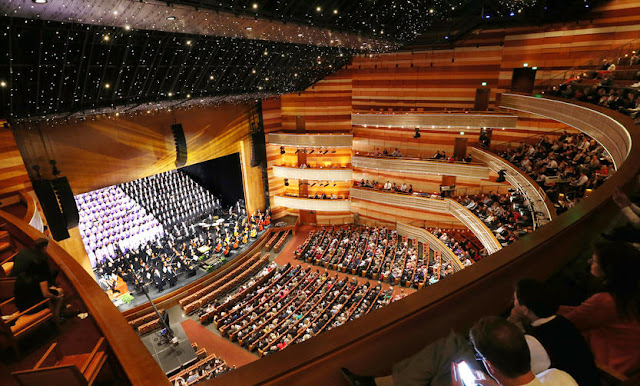 Ironically, the 2016-2017 Season tickets for the Eccles Theater are now on sale.  Some of the shows include: Dirty Dancing, Kinky Boots and the less then flattering Broadway show, The Book of Mormon: the musical.  So interesting that that the Church would donated tithing money to a venue that would play such shows instead of building homeless shelters and food kitchens. One day I hope to get an explanation on why the Church spends the widows mite on such things.
...........................

Sidenote:
I was in Cedar City this past weekend and drove by the new LDS Temple that is being built. (See below on the left).  The Church does a great job in finding the most exclusive areas and high end residential areas to build their Temples.