THE GOD OF THIS WORLD BUYING UP ARMIES AND NAVIES... AND SILENCING THOSE WHO STAND UP FOR FREEDOM

Today is Armed Forces Day. A day to honor all who currently serve our country in the military, both active and former, in the reserves, National Guard or on active duty. A day to show our appreciation  for all of the men and women who sacrifice to defend our freedom.

How ironic that today is when the news broke that Lt.Col. Matthew Lohmeier, a commander of a U.S. Space Force unit of a Space-based missile warning squadron in Colorado, was fired for taking seriously his military oath which is to

..solemnly swear to support and defend the Constitution of the United States against all enemies, foreign and domestic; and  bear true faith and allegiance to the same. 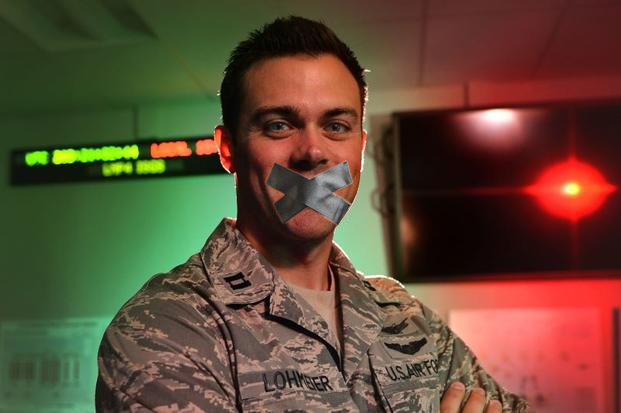 It was reported here on miliary.com  that Matthew Lohmeier was fired for comments made during a podcast promoting his new book which claims Marxist ideologies are becoming prevalent in the United States military.
From the article:

Earlier this month, Lohmeier, a former instructor and fighter pilot who transferred into the Space Force, self-published a book titled "Irresistible Revolution: Marxism's Goal of Conquest & the Unmaking of the American Military."

From his perspective as a commander, Lohmeier said he didn't seek to criticize any particular senior leader or publicly identify troops within the book. Rather, he said, he focused on the policies service members now have to adhere to to align with certain agendas "that are now affecting our culture."

Here is the full article printed in the Washington Examiner:
https://www.washingtonexaminer.com/news/space-force-officer-relieved-from-post-after-criticism-critical-race-theory-marxism
“What you see happening in the U.S. military at the moment is that if you're a conservative, then you're lumped into a group of people who are labeled extremists, if you're willing to voice your views. And if you're aligned with the Left, then it's OK to be an activist online because no one's gonna hold you accountable," Matthew Lohmeier said.
Sidenote:
Interesting to see that the Army just released this month their new recruitment video featuring girl raised by lesbian couple.  Link https://www.youtube.com/watch?v=MIYGFSONKbk
The video was highlight in this article.
Army advertisement comes as the Central Intelligence Agency released other woke-style ads in a series called "Humans of CIA," which drew criticism from many on social media.

“Growing up gay in a small Southern town, I was lucky to have a wonderful and accepting family. I always struggled with the idea that I may not be able to discuss my personal life at work,” said a man in a CIA advertisement. He says he was surprised to see the CIA Director at the time, John Brennan wearing a rainbow lanyard while taking his oath.
Another advertisement released by the CIA shows a woman of color who describes herself as "A cisgender millennial who has been diagnosed with generalized anxiety disorder." The woman also proclaims that she is "intersectional."
"The CIA needs to be focused on intelligence gathering and recruiting the best and brightest," Tennesee Senator Marsha Blackburn said. "We can’t afford to risk our national security and waste resources to pander to the Left’s divisive rhetoric," she added.
Posted by BARE RECORD OF TRUTH at 3:00 PM No comments: