423: ONE SMALL ACT OF PROTEST CHANGED THE WORLD

The Lord said that the weak things of the world shall come forth and break down the mighty and strong ones. (I Corinthians 1:27, D&C 1:19). Next month on October 31, 2017 the world will commemorate the small act of Martin Luther posting his 96 Theses to the front door of the mighty and strong Catholic Church which started the Protestant Reformation.

Seven videos have been created to commemorate this event that took place 500 years ago and its impact on the world. Below is the link to the seventh and concluding video in this first of three installments of videos that show God's Hand moving once again on the earth and His involvement in our lives today.  Next week is the Fall Equinox, a time of harvest. Three talks will be given in three major and symbolic cities in the next two months. The first one is next week in Los Angeles.  We invite all to join the live streaming video here on Thursday September 21, 2017 at 8:00 PM MST http://www.christianreformation500years.info/

These videos have been produced as a precursor to those talks.

There is a beautiful lakeside  village in Austria  called  Hallstatt. Next to the lake there is a small Lutheran church. This church is planning events to commemorate the 500 year anniversary of Protestant Reformation. I took a photo the banner that hangs outside the church. I found it interesting that it is written in 13 different languages including Arabic and Hebrew. Truly the entire world was changed by what began with Martin Luther. A candle that can not be blown out. 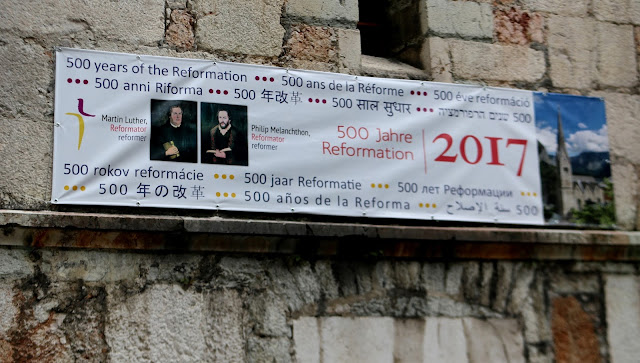 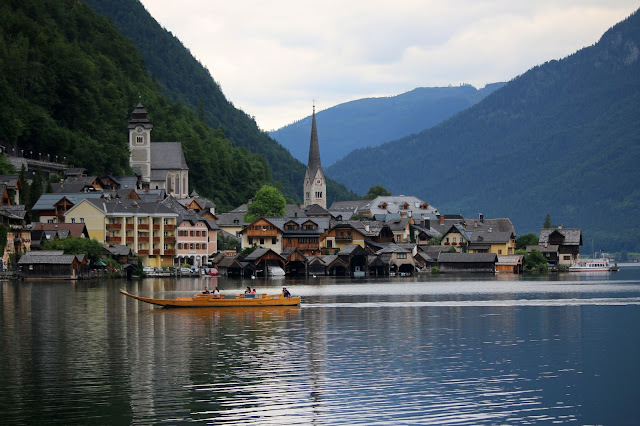 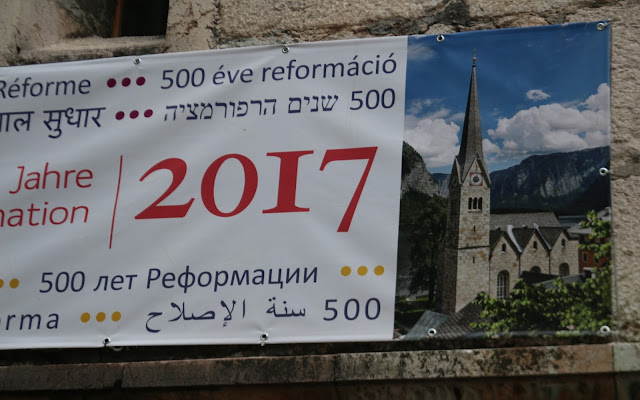 Posted by BARE RECORD OF TRUTH at 11:43 AM No comments: