A rare conjunction of three major holidays of Judaism, Christianity, and Islam occurs today on April 15, 2022. The Top Three religions of the world are all observing a Holy Day on the same day: Islam is observing Ramadan, The Christians are observing Good Friday and the Jews will be begin their Passover at sundown.

Now the Lord spoke to Moses and Aaron in the land of Egypt, saying “This month shall be your beginning of months; it shall be the first month of the year to you. Speak to all the congregation of Israel, saying: ‘On the tenth of this month every man shall take for himself a lamb, according to the house of his father, a lamb for a household...Now you shall keep it until the fourteenth day of the same month. Then the whole assembly of the congregation of Israel shall kill it at twilight."

The Symbolism of the Paschal Lamb:
Just as a sidenote that I learned from a friend:

A lamb is very easy to kill. One account I read concerned a butcher who had been asked to slaughter a family’s Passover lamb. The butcher anticipated a routine experience, as he had slaughtered many animals. He related how after slitting the small creature’s throat, the little lamb turned and licked the blood off of the butcher’s hands. This hardened butcher deeply moved and forever changed. The tender licking of the blood from the man’s hand was a sign of unconditional love and forgiveness. 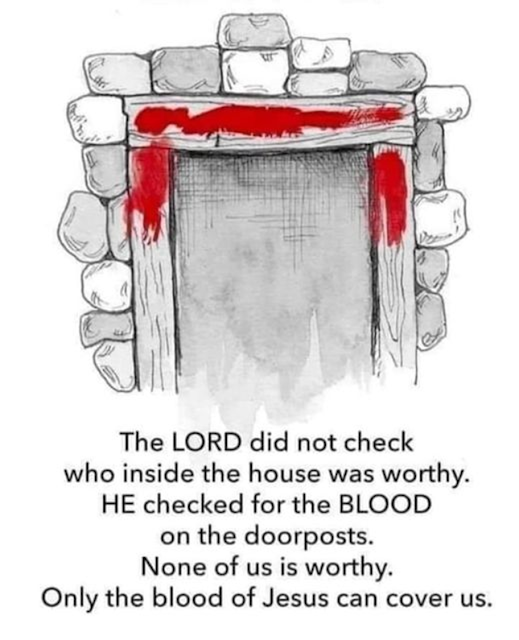 Posted by BARE RECORD OF TRUTH at 1:08 PM No comments: