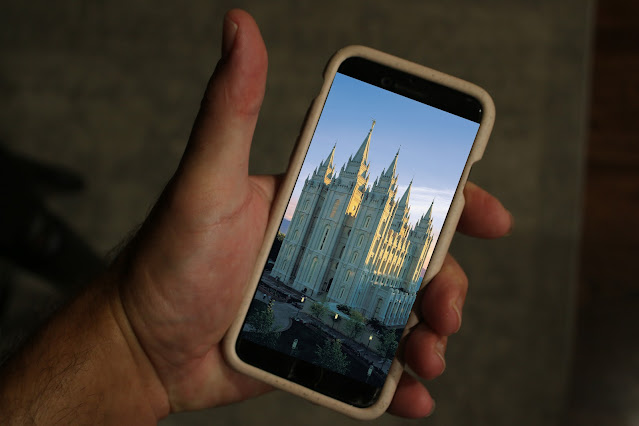 “We came to see this building,
where is it?”

There has been alot of visitors coming into Salt Lake City the past two weeks. Last week was the annual Comic-Com Convention where thousands of people dressed in their favorite fantasy costume come to Salt Lake Convention Center. This week thousands of members of the Church of Jesus Christ will flood downtown for General Conference.   What will be a surprise to all of these visitors is how much of downtown has changed. The top visitor sites including Temple Square are now closed and/or demolished on Temple Square.

"They said this summer was hard because almost all of the visitors are members from out of town that are totally disappointed that they can't really visit much on temple square and they heard the temple was under renovation, but didn't expect so many buildings to be closed. Then, they said there are a few nonmembers who come and show them pictures of the temple on their phones and say, “we came to see this building, where is it?” Then they said they have to sheepishly point to the temple and say it is that building across the street that is covered in scaffolding and has all of the spires removed." 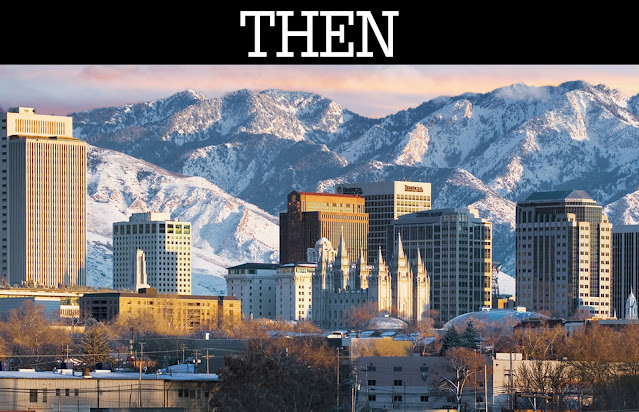 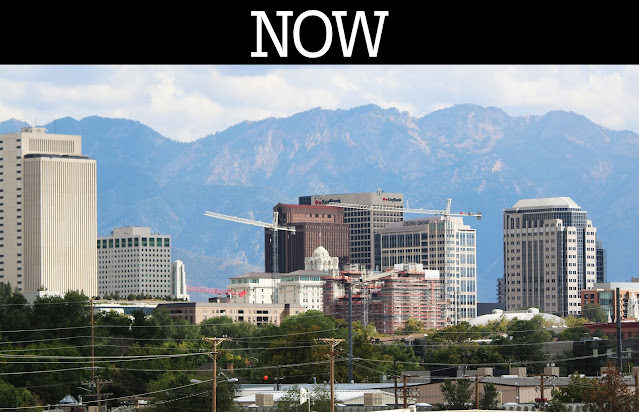 So yes. I think people will be in for a huge surprise. Originally the construction area for the Temple Renovation was to be contained around the Temple itself. Below is a map that was on display for the general public. As you can below with the new update 2022 map.. the construction has almost tripled in size. More building have been demolished including the North Visitors Center, the Main Street park and the Reflection Pool completely bulldozed. 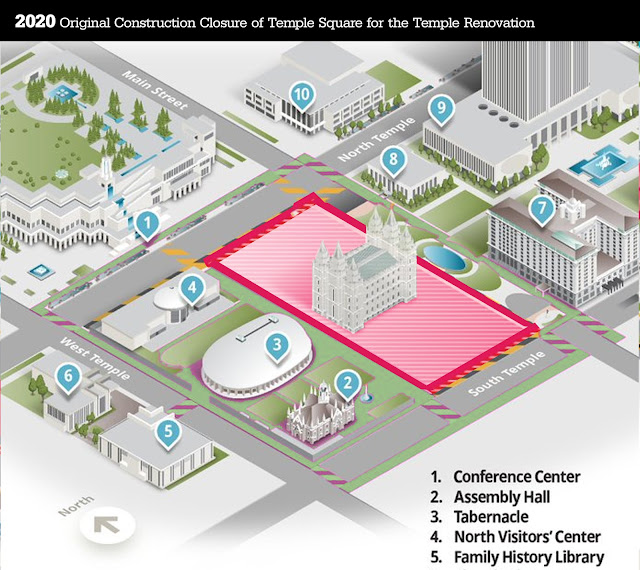 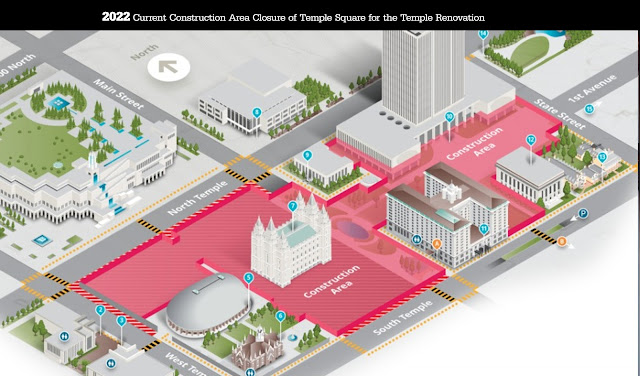