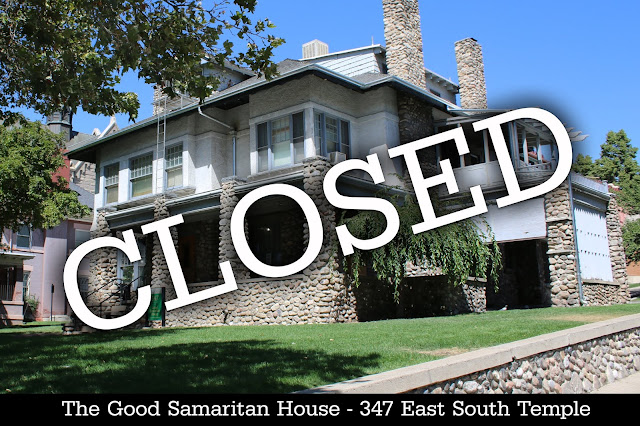 For over thirty years, The Good Samaritan House has been serving the less fortunate in downtown Salt Lake City- 365 days a year. (11,000 days in a row)  By providing a meal, personal care items and direct assistance to those in need, this homeless center run by the Catholic Church has been a vital source of food and stability for the poor and the needy in Salt Lake City. This Good Samaritan Home is located on South Temple, just east of the Salt Lake Temple. It is owned and operated by the Catholic Church.

But, a few weeks ago it closed.

It will continue to run the program out of the St. Vincent de Paul Church located in a less prestigious neighborhood on the west side of the valley. It is rumored that wealthy donors were no longer willing to donate money to the Church because they didn't want the homeless population walking along their street and in their neighborhood.  The wealthy were unwilling to help pay for the needed renovation of this home. The property alone is worth millions and millions of dollars.. and developers have another real estate project planned instead of helping the homeless.

For those of you who don't know, South Temple is considered Salt Lake's Millionaires Row. This exclusive street was meant to be the finest and most prominent avenue in Salt Lake City. The wealthiest families built their mansions along South Temple and today it is home to the world’s richest street of religious and non-religious buildings. It was originally called Brigham Street.  Since Brigham Young's mansion was the first home on South Temple called the Beehive House.

Here is a Historic Photo of the beginnings of what South Temple looked like in the early 20th century. 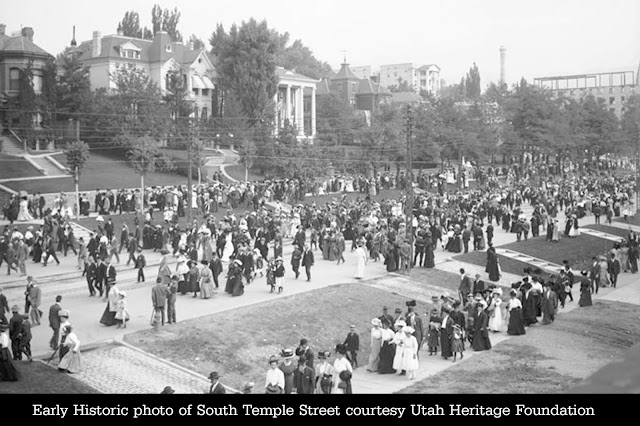 Here are a few more of the recent mansions along South Temple: 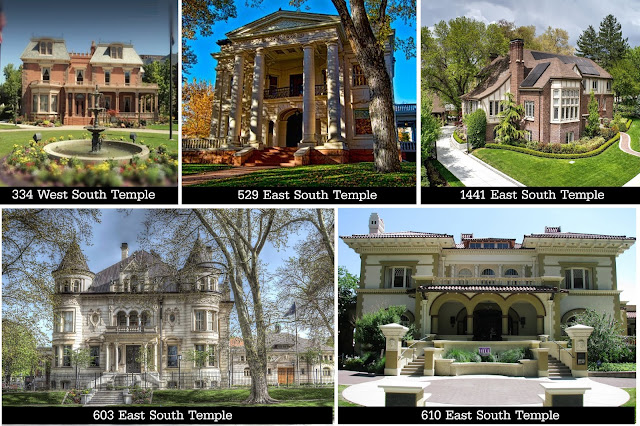 And probably one of the finest buildings on South Temple is now called the Thomas S Monson Center names after President of Church of Jesus Christ of Latter-day Saints before President Nelson.
Here is a photo of the building that prominently displays his name. 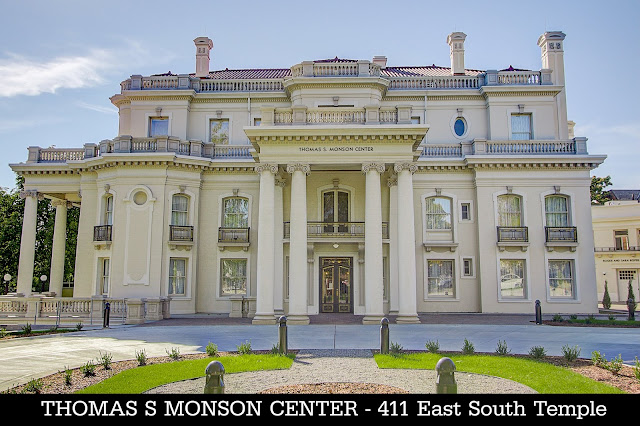 I share the above information as a backdrop to a scripture found in Ezekiel 16:49. It is about the wicked cities of Sodom and Gomorrah. We read in this scripture the real iniquity of these two "great" cities:


“Behold, this was the iniquity of thy sister Sodom -  pride, fulness of bread, and abundance of idleness was in her and in her daughters, neither did she strengthen the hand of the poor and needy.”

We typically think that the real reason that Sodom and Gomorrah was destroyed was because of sexual sins.  The story of Sodom and Gomorrah is a cautionary tale of the destructive consequences of sin. These two cities have been used historically as metaphors for homosexuality. But reading this verse in the Old Testament it is clear that the iniquity of Sodom was not "sodomy" but for PRIDE, ABUNDANCE.. and NOT HELPING THE POOR AND THE NEEDY.

Not only is it a sad day that the Good Samaritan Home is being closed that was used to help those in need, but I find it also sad that along South Temple there are bright red signs with Meters asking others to not directly support panhandlers. A Panhandler is defined as a BEGGAR who typically stands on a street with an outstretched container in hand, begging for loose change.

Here is a photo of those meters across from the Salt Lake Temple along South Temple. Instead of helping the poor and needy directly you are supposed to give your loose change to organizations. Don't give to a person, but put your money in these meters. The sign says.. "PLEASE DON'T SUPPORT PANHANDLING." 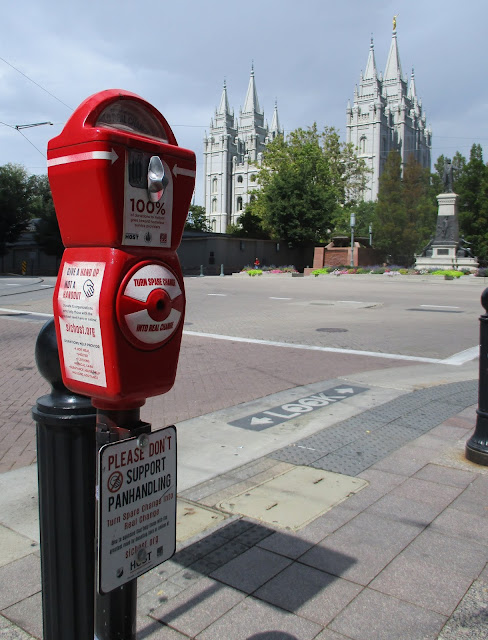 We would do well to reread the sermon given by King Benjamin. The words he shared with his people were made known to him by an angel of God. (Mosiah 3:2)


Perhaps thou shalt say: The man has brought upon himself his misery; therefore I will stay my hand, and will not give unto him of my food, nor impart unto him of my substance that he may not suffer, for his punishments are just—

But I say unto you, O man, whosoever doeth this the same hath great cause to repent; and except he repenteth of that which he hath done he perisheth forever, and hath no interest in the kingdom of God.

“But it is not given that one man should possess that which is above another,
wherefore the world lieth in sin.”
D&C 49:20