One hundred and seventy years ago today, the Prophet Joseph Smith at the age of thirty-eight, and his brother Hyrum Smith (age forty-four) were both shot while confined at Carthage Jail just 20 miles away from the unfinished Nauvoo Temple. I just returned from visiting all of these sacred sites starting in Independence Missouri and ending on the banks of the Mississippi. In the next few posts, I hope to share some of my thoughts and photos as well as share my love and appreciation to these two brothers, men of God, and best friends.

Here are just a couple of thoughts on the Nauvoo Temple:

On January 19, 1841, Joseph Smith recorded a revelation from the Lord commanding the Saints to “build a house to my name.” (D&C 124:27.) The Lord stated "the fulness of the priesthood" had been "lost unto you, or which [The Lord] hath taken away." (D&C 124:28) To "restore" it the Lord needed to personally come to a Temple that He was required to be built within a limited time frame.

William Weeks was appointed architect and superintendent of the temple construction. He was guided by the Prophet Joseph Smith,who said: “I have seen in vision the splendid appearance of that building illuminated, and will have it built according to the pattern shown me.” (History of the Church 6:196-97).


On April 6, 1841 the foundation stones were set and a cornerstone ceremony was held.

By November 1841, the basement rooms were enclosed. A temporary wooden font resting on twelve wooden oxen was used for baptisms. Baptisms for the dead were conducted in this temporary structure starting on November 21, 1841. By October 30, 1842, the temple walls were four feet high and a temporary floor was put on the main story. About 3,000 people gathered for the first official meeting held in the temple.

In the time between January 1841 and the martyrdom of Joseph and Hyrum Smith in June 1844, the Nauvoo Temple was not completed. The walls were only complete to the second floor.. During July, 1844, the Saints again committed themselves to completing the sacred building. However, an obvious structural change was made. It is called the "Martyr Line". Different sized bricks were used after the death of Joseph Smith. Instead of the standard sized, smaller brick that were used when the Prophet was alive, larger bricks were used to complete the walls faster. (It has been my experience as a kid when building blocks that it is not wise to stack larger bricks on top of smaller ones)

As we know the Nauvoo Temple build by the early Saints was destroyed. We built and dedicated a replica of Nauvoo Temple in 2002. To keep the building authentic to the original they replicated the "Martyr Line". 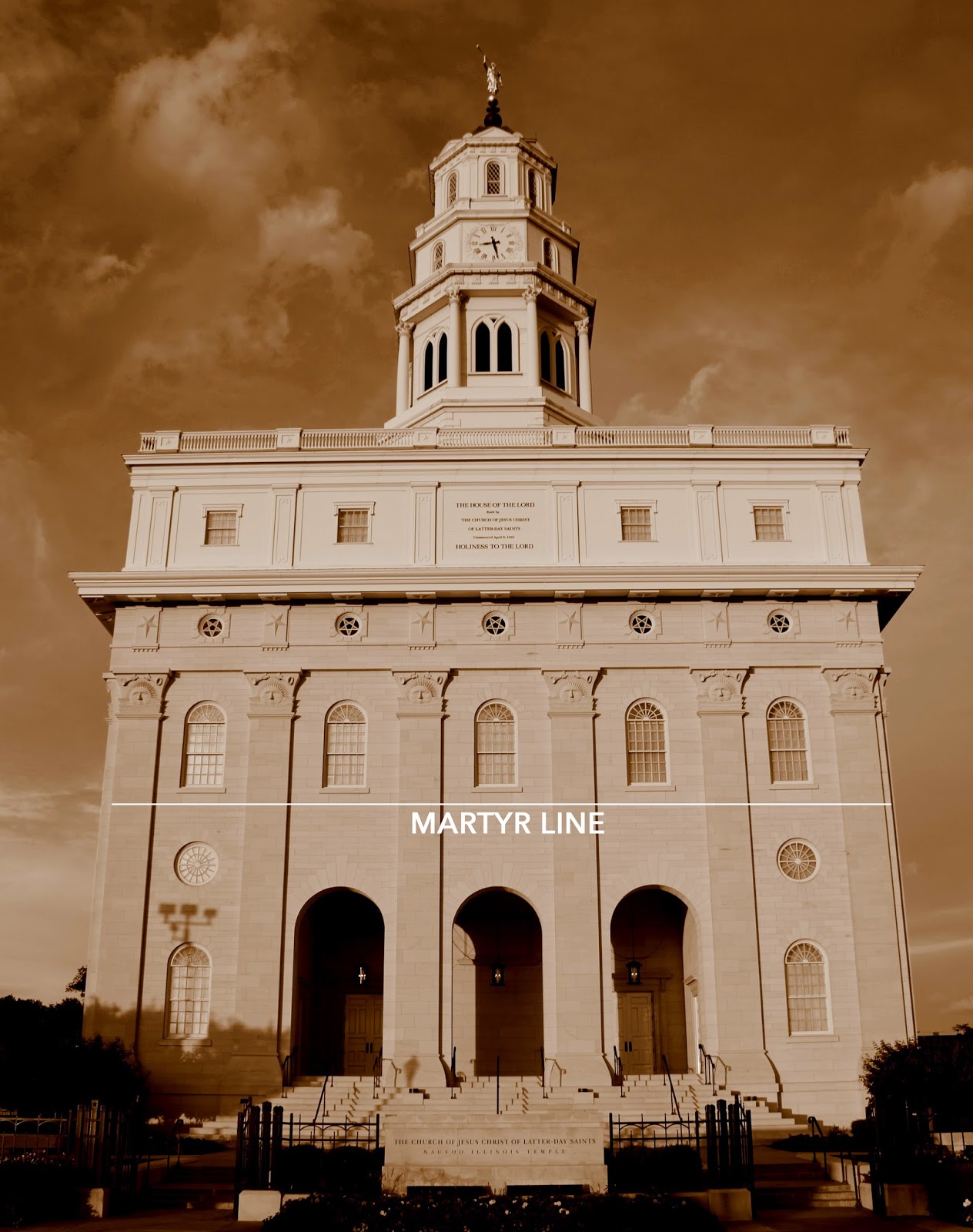 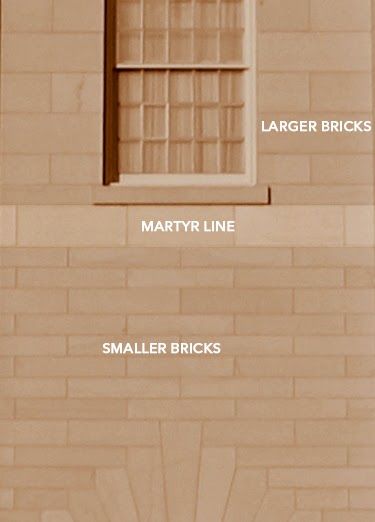