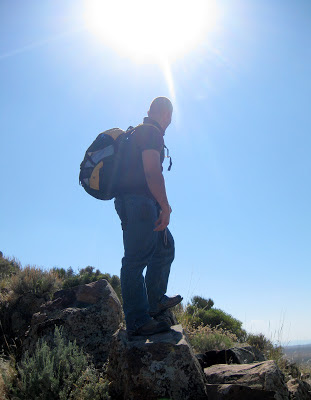 Here is an exerpt that my friend shared:
"Day 4 was spent traversing mountain top to mountain top overlooking the desert we were about to descend into. The view got me thinking about the origin of the word temples. The greek word Tempulem and similarly the Hebrew word for temple.... both mean the sacred cut. It comes from when the Greeks who would go away from society (cut off from the everyday world) and on a hill or mountain (exactly like we were) look up at the stars and contemplate man's role in the cosmos. Temples are sacred spaces cut off from the mundane, and consecrated to the divine."
Posted by BARE RECORD OF TRUTH at 10:01 AM 2 comments: