“And they that believe not in him shall be destroyed,
both by FIRE, quakes, and by bloodsheds, and by pestilence, and by famine."
2 Nephi 6:15 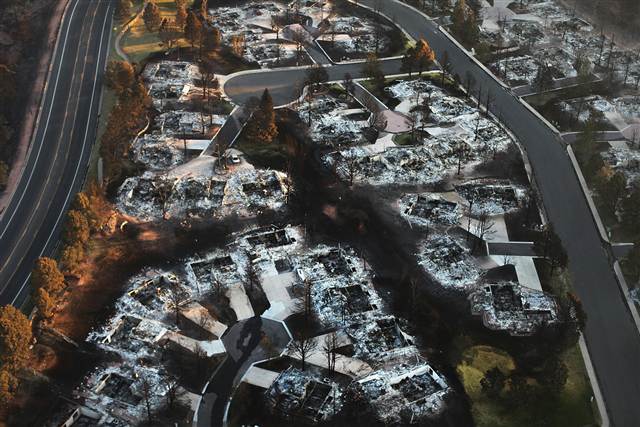 This past week, fires have destroyed hundreds of thousands of acres, entire neighborhoods wiped out, hundreds and hundreds of homes burned to the ground, and many lives lost across the Western United States.

Below is a list with some images of significant locations that fire has destroyed and/or damaged buildings and land owned by the Church of Jesus Christ of Latter-day Saints over the past year.  Many of these locations are very symbolic religious sites.

Many have probably read this already, but I think it is important to repost this. This is a commentary of the Book of Mormon verse found in 2 Nephi 6: 15:

“Jacob makes a startling promise for those who live when the destruction begins preliminary to the cleansing of the world before the Lord returns. He says "none will he destroy that believe in him. And they that believe not in him shall be destroyed, both by FIRE, quakes, and by bloodsheds, and by pestilence, and by famine."

If you are one of those who believe in Him, and who will not dwindle in unbelief, will not accept the commandments of men as doctrine, but will take the Spirit for your guide, then Jacob promises that Christ will not destroy you. The rest He will destroy.

Fire will upset the order of things and make societal collapse inevitable. Men's self-inflicted woes will not be the only sign of Divine disapproval. The earth will quake to signal God's disapproval. Interruptions of social order and control will be followed by self-inflicted violence. Bloodshed will be widespread among the survivors. Disease and pestilence will be one of the results of the lack of social order. Air and water will be contaminated. Neglected hygiene will lead to the promised pestilence. As the downward spiral continues, food production and distribution will be inadequate to prevent widespread, global famine. It is as if Jacob could see the sequence of events and gave us the list of how it would unfold, step by step, as the unbelieving are wiped from the earth.

Survival during this bleak time depends on the qualification of "believing in Him." Suddenly, if you think Jacob knew what he was talking about then our doctrines take on terrible significance. What we believe matters. Not just in the distant after-life, but for the preservation of our present lives. Jacob does make a powerful case for studying the Gospel a good deal more carefully than we can accomplish in a 40 minute class-discussion, with an approved "discussion leader," using Correlated materials, rather than a teacher declaring and testifying of true doctrine.” (Snuffer)
…………………………

SYMBOLIC STORY OF THE ONLY THING THAT SURVIVED A UTAH FIRE WAS A BABY EAGLE:

The baby golden eagle miraculously survived a Utah wildfire and was found alive on June 28 behind a charred tree, about 25 feet below the nest that was burned to a crisp in the 5,500-acre Dump Fire near Saratoga Springs in Utah. The 70-day-old eaglet had suffered burns on his talons, beak, head and wings. His flight feathers were melted down to within an inch or two of his wing and tail. He's very underweight at just over five pounds. What seems to have saved his life during the fire was the insulation offered by his down feathers and once-thick body, according to the wildlife rehabilitation center. They have named the baby eagle, Phoenix.

In Native American symbolism, the Eagle represents God, the Father Creator.  This baby eagle that survived  the fire was the child, or son of, the eagle that was spared in the all consuming flames. Perhaps this is a beautiful metaphor for us.  As Jacob testifies in the Book of Mormon, If we but believe in the Only Begotten Son of our Heavenly Father, we will be spared.