Today is March 26th. According to a couple of scholars, March 26th is the likely date for the First Vision that occurred 200 years ago.

Dr. John Lefgren and Dr. John Pratt did extensive research to discover when the most probable date was for Joseph Smith's First Vision. They both independently came to the same conclusion that March 26,1820 was the most likely date. In honor of this date which is today and that event 200 years ago, I thought I would post a few photos that I took during this year's Spring Equinox.

On March 20, 2020, I drove down to Southern Utah and spent the evening at the Parowan Gap. Most do not know that this is a sacred site for the Native Americans mainly because it is an Ancient Astrological Temple. The two mountains and the surrounding region were used as an astrological calendar marking solstices and equinoxes.  Below are a few photos I took that evening of the sunset.

I find it interesting that this sacred location in Parowan, Utah is located just a couple of miles from another Salt Lake.  It is not the Great Salt Lake, but it is called Little Salt Lake. Two temples in Utah near salty water.  One built by man where earthquakes can damage it, and the other built by God that aligns with the heavens.

There are large rock cairns that mark the exact locations of where the sun will rise and set on these important dates of the Spring and Fall Equinoxes as well as on the Summer and Winter Solstices. It is a beautiful and tranquil thing to watch the sunset as it  slides right into the Parowan Gap.


After my time in Parowan, I drove into Zion's National Park to go hiking and camped Saturday evening with a couple of friends. The clouds dissipated after the sunset and it was a beautiful evening to star gaze. I don't know if I have ever seen Venus so bright.


We woke up the next morning just after 4:00 am to begin our hike up to the top of Angels Landing. Overhead in the sky as we hiked, there was an alignment of  three planets: Saturn, Mars and Jupiter (seen below left to right respectively).


Hiking to the top of Angels Landing is not for the fainthearted, especially if you are hiking in darkness before dawn. However, it was fun to hear an Owl hooting as we approached the saddle. 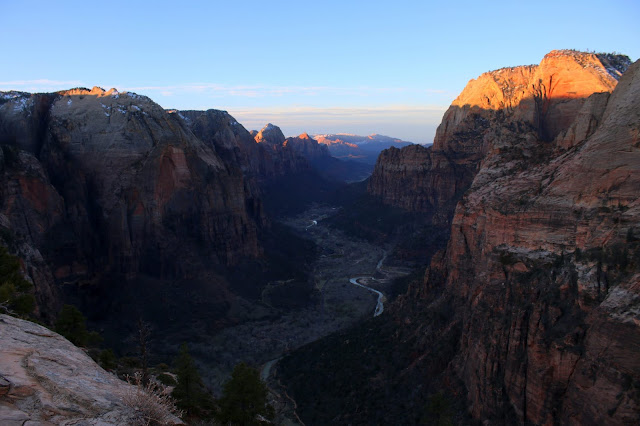 After hours of hiking we finally reached the summit. The sun begin to hit the tops of the surrounding peaks. We were greeted by a raven who circled above our heads in a clockwise direction. 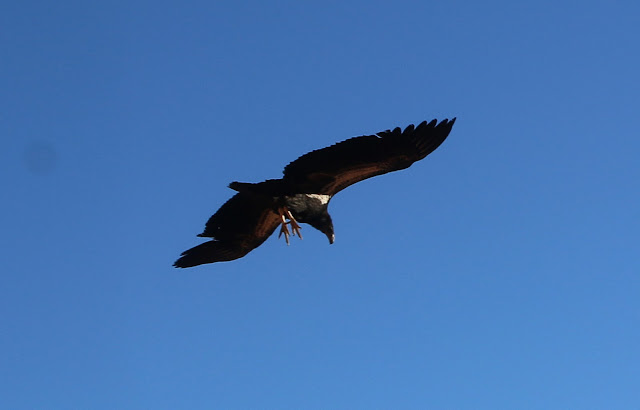 As we began to descend and the sun hit our faces. We saw the King of Birds.. the Condor. 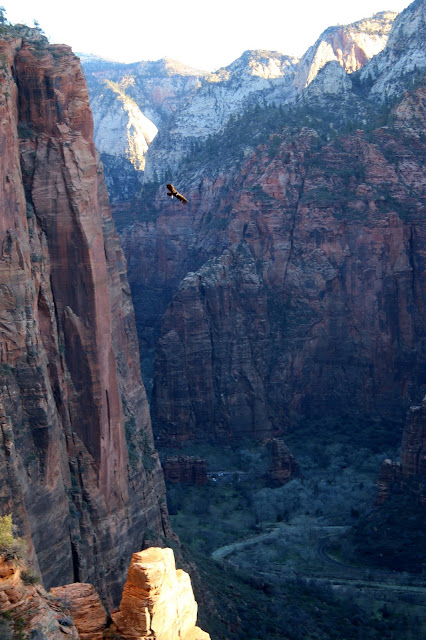 What make the entire ascent to the top of Angels Landing so memorable was not only to see the enormous Condor bird fly majestically towards us... but it landed on the rocks. It allowed us to hike close and to see him up close and personal. See photo below. 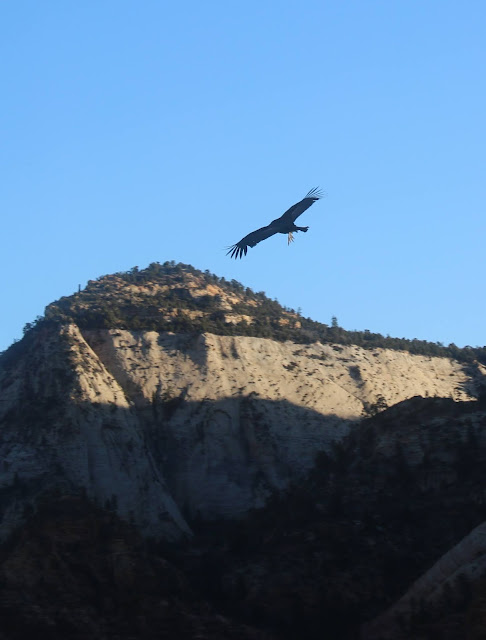 Photo taken by my friend who had the best position on the sheer rock ledge to take this photo. 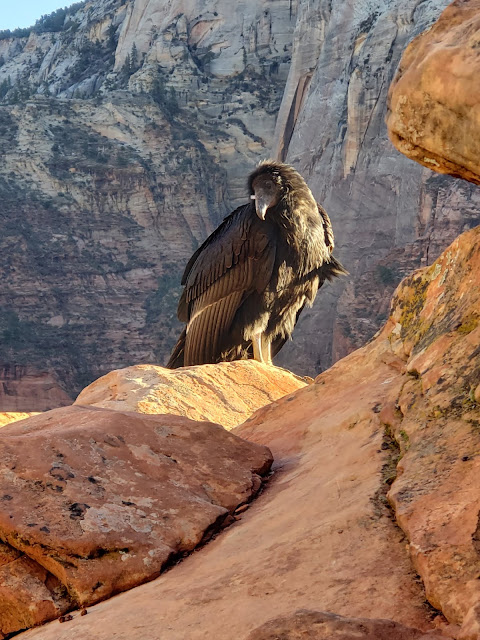 It was an unforgettable hike, full of symbolism, beauty and accomplishment.
Posted by BARE RECORD OF TRUTH at 4:04 PM 3 comments: