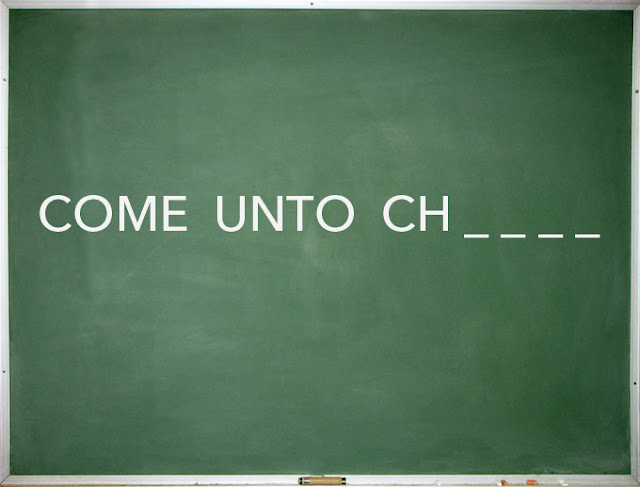 Elder Scott started by explaining that he had been on the phone to South America to a branch president who had gone to the church building that day and had found a note giving the names of several leaders of the church in that area and startign that if they proceeded to hold church that day that those people on the list would be killed. He stated that we in the safety of the Wasatch Mountains have no idea of the challenges the members in other parts of the world are experiencing. Is it possible that we are too comfortable? He also said he did not really know why he was in our stake conference; that it was a last minute change of assignment, and that he usually does not come to Utah Stake Conferences unless there is something necessary to teach or a major change to make.

Then he drew a picture on the Blackboard like the one pictured here: 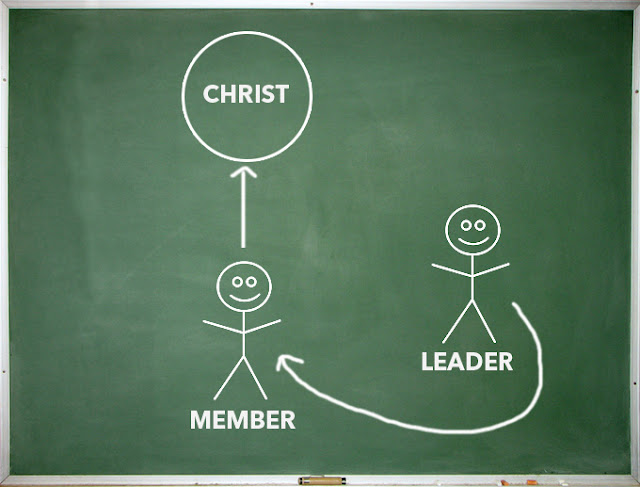 He asked the Priesthood leaders present in the meeting, "Where on this picture are you (as a Leader) supposed to be in relation to Christ and one of His Children?" One of the brethern said, "We should be behind the member helping him to come unto Christ." and another brother said,  "We should be at his side bringing him with us."

Elder Scott said those were good thought, but then quoted President Harold B Lee when he said that if you want to lift someone, you must be on higher spiritual ground. Therefore Priesthood leaders should be on higher ground, but he drew the leader's figure off to the side helping the member. He said, "Now here is the point I want to make. DO NOT PUT YOURSELF BETWEEN CHRIST AND ONE OF HIS CHILDREN, so that you block the path. AND DO NOT PUT THE CHURCH IN THE PLACE OF CHRIST."

He elaborated on how we as leaders are really servants, to teach other how to establish "A DIRECT LINK TO CHRIST". He explained that the real purpose of the Church was to bring the members unto Christ and that our only purpose as leaders was to serve the members by teachign them how to get to Christ and to live the fulness of the Gospel. Elder Scott emphasized that a righteous priesthood leader always strives to lead people to Christ and never to look to himself as a  source of truth. He also pointed out how leading or helping other to Christ, brings both the peope he helps and himself to the source of revelation and truth. He warned strongly against anyone who, through thinking they were in a powerful position, might begin to block the way to Christ, by teaching that the people had to go through himself or other leaders to get to Christ. He then explained how we establish that direct link to Christ is by direct communication with Him through personal revelation, the rock upon which our own personal salvation is built.

to be continued.
Posted by BARE RECORD OF TRUTH at 9:59 AM 7 comments: