The longest night and shortest day occurred this week. The beginning of light returning, and lengthening daylight, is the Winter Solstice. It is one of the four astronomical events that are significant alignments with the sun and the earth. I think they are important to observe. I find when we make the effort however great or small the sacrifice, heaven takes notice. I am grateful for all of the experiences I have had in observing these dates.

It is just after the Winter Solstice that we celebrate the birth of Christ even though it is not the day he was born. The first recorded date of Christmas being celebrated on December 25th was in 336 AD, during the time of the Roman Emperor Constantine. It was Pope Julius I who officially declared that the birth of Jesus would be celebrated on the 25th of December as few years later. Why December 25th?.  There is an early Christian tradition held that Mary was told that she would have give birth to the Son of God on March 25th - This belief of the Annunciation is still celebrated today on the 25th of March. That is one of the many reasons given as to why we observe Christmas on the 25th of December..since nine months after the 25th March is the 25th December. However, many feel that Christ was probably born in the spring or even possibly the fall.. but I'll write about that on other post.


Tomorrow is Christmas Eve. It is also the first night of Hanukah. It is not very often that these two sacred religious holidays line up on the same day. In the past 100 years, it has only happened 3 times.  I am looking forward to spending the time with my family with anticipation of celebrating Christmas on the Sabbath Day this year and partaking of the Sacrament. Many years ago I created a video expressing my simple testimony of Christ that I know to be true. Many of the photos in the video I took over in Israel. In the video, I superimposed them with classic paintings from the life of Jesus Christ. Here is the link to the video.

Today is Joseph Smith's Birthday.  A friend of mine sent my the following quote from BH Roberts that I had not read before that I wanted to post.

"Not half--not one-hundredth part--not a thousandth part of that which Joseph Smith revealed to the church has yet been unfolded, either to the church or to the world. The work of the expounder has scarcely begun. The Prophet planted by teaching the germ-truths of the great dispensation of the fulness of times. The watering and weeding is going on, and God is giving the increase, and will give it more abundantly in the future as more intelligent discipleship shall obtain..” BH Roberts

In additional that quote I wanted to share some excerpts I found on another blog, I came across this post that was written 2 years ago that I think are important:

" The reference to the “light winning over darkness” on the Winter Solstice is based on natural ebb and flow of sunlight on this planet. The longest night and shortest day are the day before the Solstice. The beginning of light returning, and lengthening daylight, is the Solstice....

For Joseph, the mission was global and he wanted to have the entire human family reached by his ministry. Joseph rushed in to correct errors and preserve the group too quickly, and with too much centralized control. Had he allowed others to wander away, the restoration may have included fewer people, but they would have had a greater chance of achieving Zion.It is apparent, now in hindsight, that the world will never qualify to be gathered. Now the focus must be to find only the very few who, by their patience and heed can qualify to be true, faithful, patient, meek, humble and willing to allow the Lord’s timing and not their own control the events.

In response to a question about God not presently having a house on earth, it should be clear this is not a reference to men as the temple of God. God does dwell with some now living.

Nor is it a reference to the various synagogues, cathedrals, chapels, temples and religious facilities constructed by all the various religions in which men practice their rites and devotions to God. Some of those are lovely, quiet and filled with reverence and beauty.

It is a reference to a House God will visit and accept as His. He will appear there, send His messengers (angels) to visit and open a fiery corridor between heaven and earth. Or, in other words, a place where a pillar of fire will dwell.

Everything from the location to the details of the design must be according to God’s instructions. It will be proof on the earth for heaven to behold, showing to the Powers of Heaven that mankind (however few) are listening to Him and are now willing to do what He asks. God will control if and when it will be done, and who will be permitted to construct His House. This will not be a volunteer project. God alone will bring it to pass, using means determined by Him.

There must be a site prepared, and an invitation extended, before the Lord’s return. That place must be hallowed. It is a necessary precondition for His return. It is from that site the sanctification of the earth will proceed. Eventually the whole earth will be renewed. 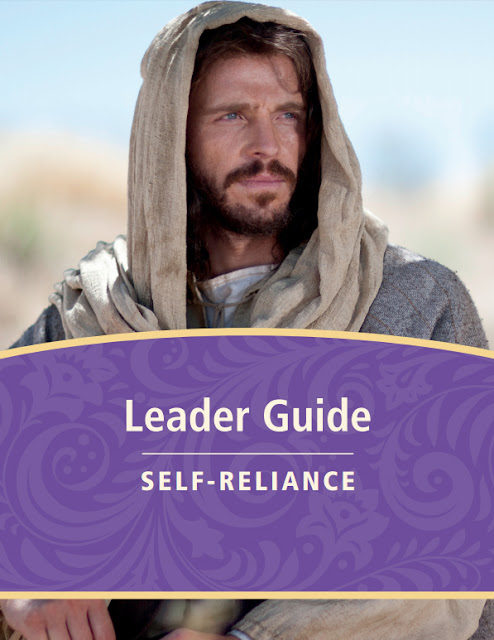 392: THE SIMPLE "GIFTS" IN OUR LIFE THAT WE TAKE FOR GRANTED


Even though this video was created by a Christian Church on a really small budget unlike some Church Institutions that have the huge budgets to create their media initiatives, I think it has a great message.

May we put things into perspective and be grateful for the simple "gifts" in our life that we take for granted like our spouse, our children, clean water, electricity, food, jobs, transportation.. and yes (for some).. coffee. For me, just being alive is an amazing gift.