I wanted to share some of these thoughts and post on Mother's Day but was so worn out from trying to do half of what my wife normally does everyday.. (getting the kids up, making breakfast, getting them ready, making dinner, cleaning the house, taking care of our high maintenance "caboose"  etc etc).... that I haven't had the energy nor the time. So grateful to my wife and her example of how to ministers to others, to our children, and to me. A mother's ministering role is a daunting task.

A few years ago I wrote down some notes during a conversation with a friend.  I have felt prompted to now share a few of those thoughts in this post.

Satan invites us to take our eyes off the things that will led us back into the presence of God. Instead he would prefer that we worship someone or something else. Clearly the adversary wants to misled and deceive to take us on a detour. The adversary is a cunning, deceitful being who seek the misery of all mankind. We most likely will not meet the Lord without having been weathered through some adversarial opposition, nor will we be trusted with the things of God, until we have remained faithful to Him at all costs.

Because the work of God is to save souls... so those who follow Him need to be about their Father’s business which is saving souls. To be about the business of accumulation blessings for yourselves at the expense of the salvation of humanity is ungodly. It is actually Satanic. The idea to aspire to, and accumulate for yourselves great blessings from Heaven for the purpose of exalting yourself is repugnant to Him.. because that is what Lucifer does.

The idea of submitting, sacrificing, and giving your life up in order to help and benefit and bless others with no thought of what is in it for you other than a painful course of suffering and misunderstanding. The one thing that is clear from scriptures is that the Savior was misunderstood. He was misunderstood by His enemies as well as His friends. The religious leaders at the time accused Him of being a sinner, a devil. He was misunderstood by His friends and family and even His disciples.  They thought He was going to accomplish His mission in a different way than He did. They didn't understand that He would be sacrificing Himself on an altar. And they were shocked when that was the end of His mission. They tried to divert Him. Peter at one point said...Let’s establish your kingdom right here, right now. And in response, the Lord says to his chief apostle "Get behind Me, Satan! You are a stumbling block to Me; for you are not setting your mind on God's interests, but man's"

All of our hearts will be exposed, and our desires whether Godlike or not will be exposed. We will  not get to the point that we want.. or need to, without being Godlike… which is self-sacrificing, selfless, and concerned about the salvation of the souls of men.

That requires us to minister.. and not self-promote.

Ministering naturally happens in a family situation and comes naturally to woman. To minister
means in essence drawing on the power of God and Godliness. But is has a vastly larger meaning than the way in which we interpret it. It is a priestly advent, act, ordinance for a man and a woman to come together and there to be conception of a child. It is ministering for the woman to nurture her baby in the womb and bring the child forth and to present a new life in this world. It is ministering for the woman to shed blood in the process of bringing new life in the world.

On the one hand, everything is winding down in this world, things are falling apart, decaying, and turning back into dust, and on the other hand, there is a small driving creative force that is renewing life. We have death and destruction on one side.. and life and creativity to balance it out.

A mother holding a baby sleeping in her arms is a pure form of ministering. In the universe of that child, the baby feels the security of heaven. The human mother is acting in a Godlike manner. It is not limited to human. I have over the past few weeks be noticing a mother Robin ministering to her three small baby birds. Here are a few more photos taken outside our bedroom window. Each image is symbolic and had been a beautiful gift given to me to learn and to be taught by Him. 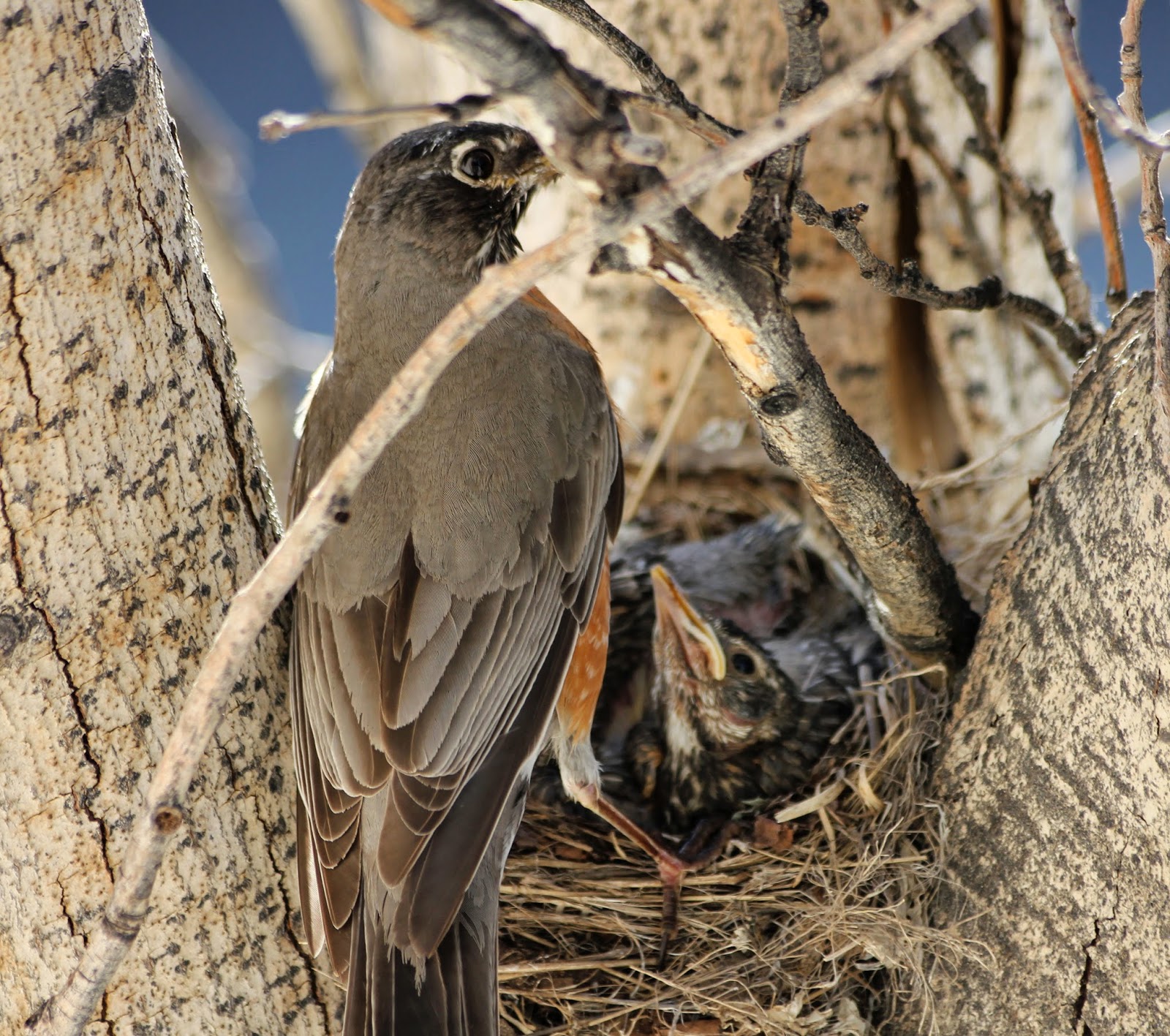 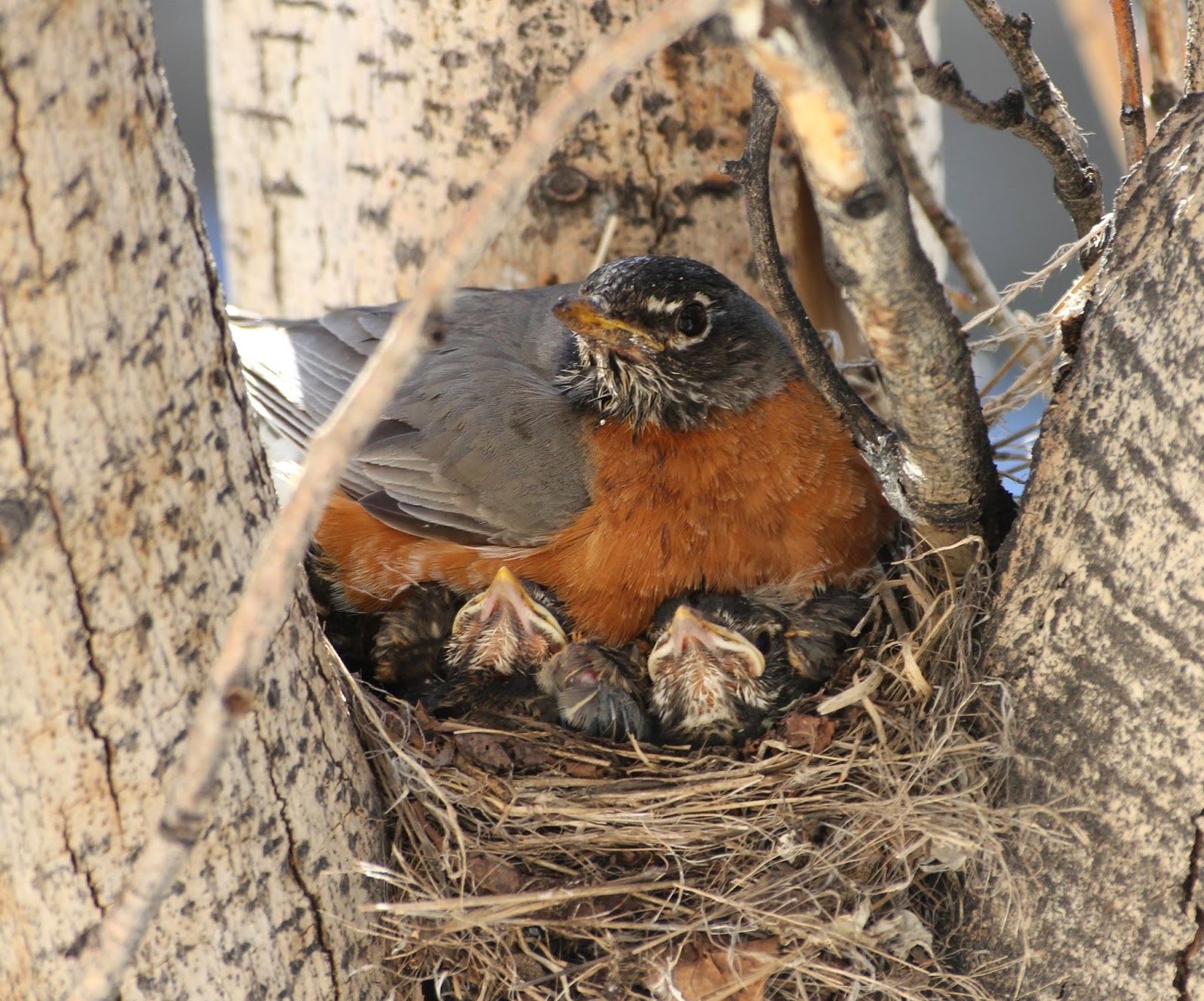 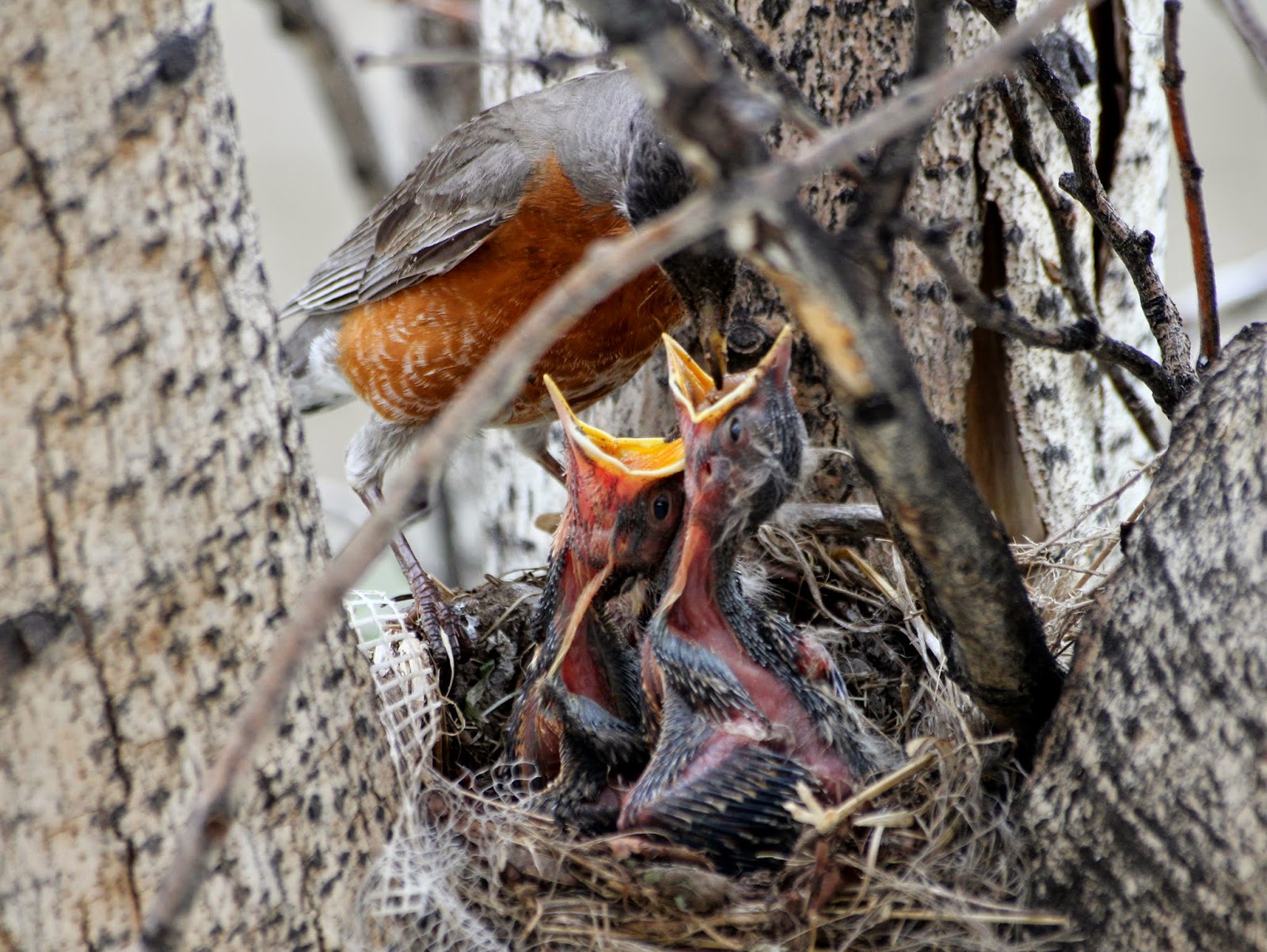 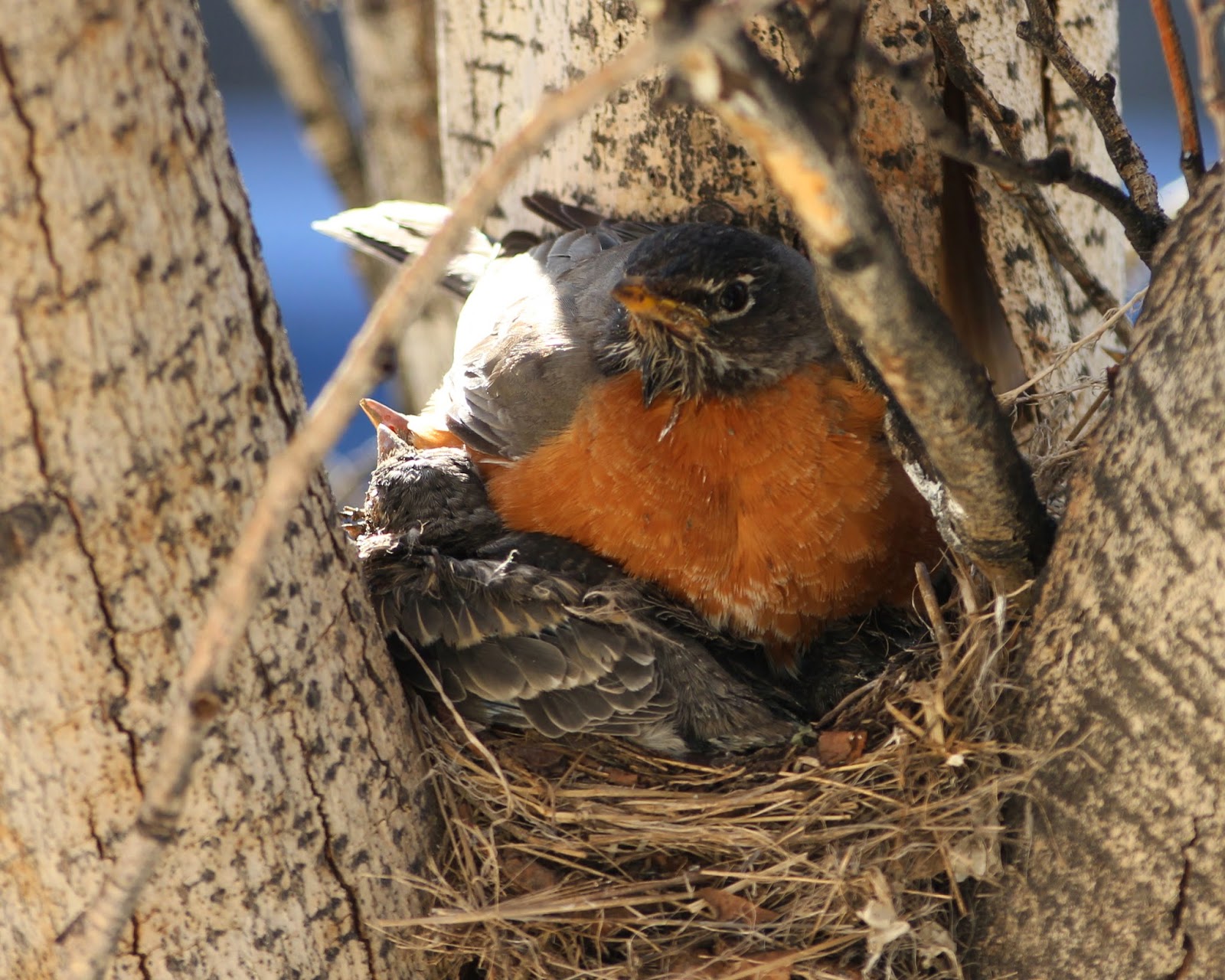