153: THE TRANSITION... MOVING TO THE NEXT STAGE 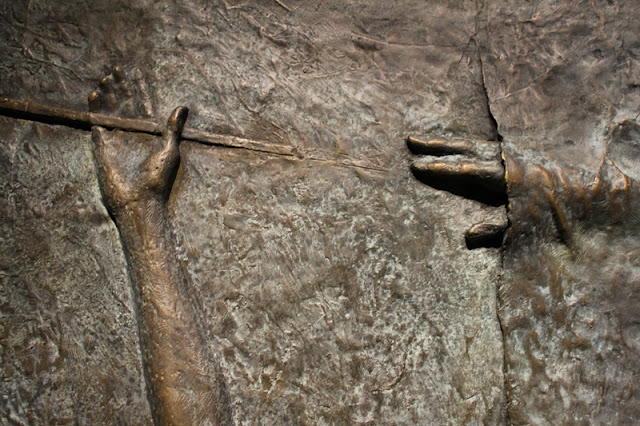 I’ve been working on this post for a few days and thought today would be a good day to post this. I think it is important for many reasons. I took the above photograph because I think it is highly symbolic. You can see two hands, a younger looking hand on the left, and a more adult hand on the right. The young hand can either be interpreted as letting go of the rod, or actually reaching up and trying to grab it. I think it represents both.  The rod then seems to vanish and then is replaced by an actual hand which is parting the veil. I use this photo to hopefully illustrate a few stages in the progression of faith. These stages are based off of James Fowler’s book, Stages of Faith written in 1981. While some might already be aware of his research, I think it might be useful to a few that might understand more fully what is currently happening in masses within the LDS Church, as well as other religions. The Lord is hastening his work and it is beautiful to witness and be a small part in what is happening.

The following is a brief synopsis of each stage we go through in our development of Faith. Stages 3, 4, 5 are the most important to understand  for us at this time. I have taken some liberty in expressing some variations to Fowler’s work, but the main concepts remains the same.

In this first stage, we develop basic faith and trust in those we love, primarily our parents who provide our basic needs for life. For example, if I cry, Mom will feed me or pick me up. Simple concepts of good and bad are taught. We learn that obeying the “rules” is important because it means avoiding punishment. Rules are seen as being fixed and absolute. It is in this stage that we learn the most basic ideas about love and God.

Faith increases outside of the family structure. We continue to accept the ideas about God in very literal ways. God lives up in the sky with the angels. He is our Heavenly Father. We are his children. The Devil lives in Hell and he tempts us to do evil. Decisions are made based on the principle of "What's in it for me?" Obeying the rules is important because we receive rewards. "If I follow the rules, God will give me a good life." "If I pray, God will grant my wish." In this stage, we begin to sort out the “real” from the “make-believe.”

At this stage we rely on a religious institution to give us stability and to give us answers to our questions about things we don’t understand. If those in authority say it is so, it must be true. We tend to have a hard time seeing outside our “box”. The authority of the leaders is emphasized to the individuals or groups that represent one's beliefs.. We become attached to the forms of our religion and get extremely upset when these are called into question. This is the stage in which many people never move beyond it. This stage can also be called "Conventional/Group Faith", meaning that most people in this stage see themselves as believing what "everybody else" believes and would be reluctant to stop believing it because of the need they feel to stay connected with their group. Here authority is located outside the self - in the church leaders, in the government, in the social group.

In this stage, the church is like a wise and protective parent; we trust it implicitly

When a person cognitively realizes that there are contradictions between some of his authority sources and is ready to actually reflect realistically on them, he begins to be ready to move to the Fourth Stage.

In this stage, we begin questioning what we took for granted in Stage 3; most experience negative emotion toward Stage 3 experiences. This is the tough stage, when people start seeing outside the box and realizing that there are other "boxes". They begin to critically examine their beliefs on their own and often become disillusioned with their former faith. Ironically, the Stage 3 people usually think that Stage 4 people have become "apostate" when in reality they have actually moved forward. Those who break out of the previous stage usually do so when they start seriously questioning things on their own. A lot of the time, this stage ends up being very non-religious and some people stay in it permanently. Religious groups are always trying to discourage people from making this step.

In this Stage, the church is like a parent whose flaws and mistakes are exposed at their worst

It is in this stage that acceptance or reconciliation is reached. It is coming to terms with what we learned in Stage 4 and transcending above it. They start to accept the paradoxes in life. They begin to see life as a mystery and often return to sacred stories and symbols but this time without being stuck in a theological box. People at this stage sometimes disobey what were previous rules in stage 3, if they find them to be inconsistent with their paradigm shift. They have experienced connection with heaven, and have been comforted from the pain they experienced in Stage 4. Most people in stage 3 do not like people in stage 5. Stage 3 perceive Stage 5 people to be off the mark, misguided, unruly, and apostate.

In this stage, the church is like a sweet grandparent that sometimes says wise things, sometimes funny or antiquated things, but is a benevolent forebear, and we excuse their shortcomings and failures.

It is in this stage that we gain complete internal peace and wisdom, becoming a whole person with spiritual power and insight. Those who do live their lives to the full in service of others without any real worries or doubts. Few people operate at this stage all the time. It is the ability to put oneself in other people's shoes, and actually become a mediator for them. At this stage, people have a principled conscience and will follow universal ethical principles regardless of what the official laws and rules are.

I have added this additional stage. (mainly because I like the number 7 as the number for completion.) This is just my opinion, but I feel in this stage, the person is willing to and sometimes even are required to die, becoming a martyr for the cause.

I wanted to post the above photograph and label it to what I see as a great illustration of the Stages 3, Stage 4, and Stage 5 look like. I know that most of the posts on this blog have been to leading Stage 3 people into Stage 4. I have learned that leaving stage 3 before the person is ready can be damaging. It actually can do more damage than good. Each stage is very important to go through. The journey should be individual and on their own terms. Focusing on pointing and helping the stage 4 people into Stage 5 should be a work that all of us should be engaged in, if not only personally, but also in helping others. 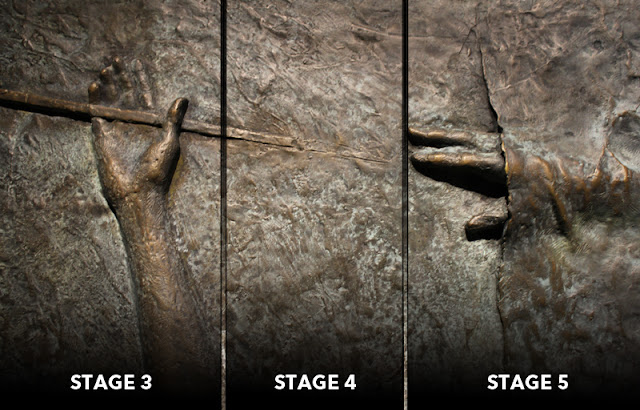