386: THE NEW THOMAS S. MONSON LODGE FOR THE BOY SCOUTS OF AMERICA 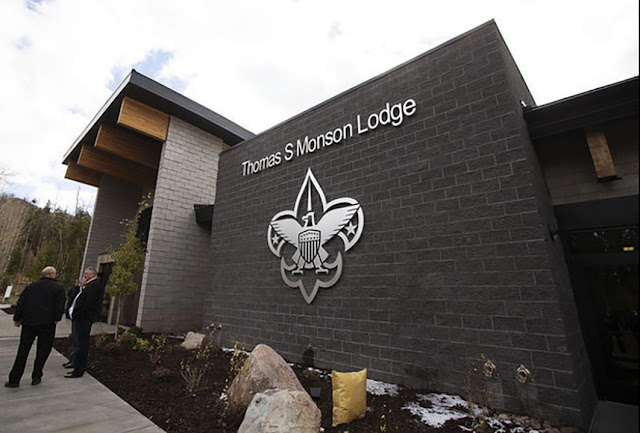 This building is a multi-million dollar lodge located high up in primitive Uinta Mountains that will be used by the Boy Scouts of America. It is an impressive building especially when you consider that it is in a remote area that has always been used for rugged camping for the Boy Scouts in enjoy the rustic outdoors. Below is photo of the view from the patio of the new Monson Lodge. 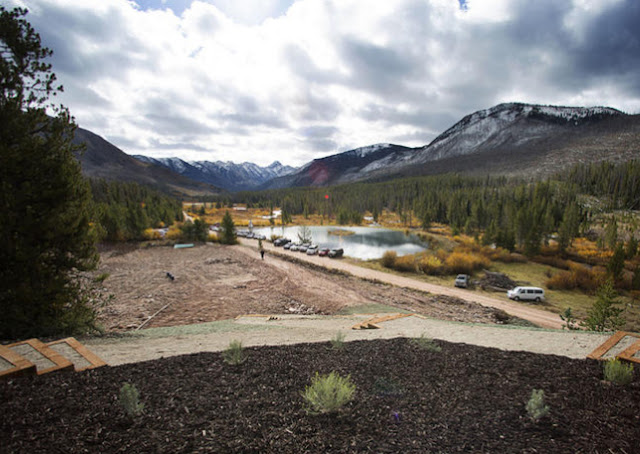 On the lower level of the lodge there are many private showers for the scouts to use so they don't come home smelling like a campfire. Below is a photo that was part of the Deseret News article. 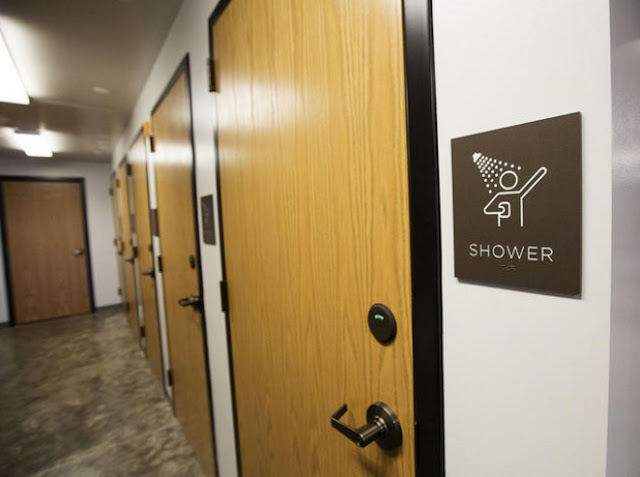 President Henry B. Eyring, first counselor in the First Presidency, dedicated the concrete facility, along with the Utah Governor Gary Hurbert. (It seemed like both of them coordinated to wear the exact same tie. See photo below. ) 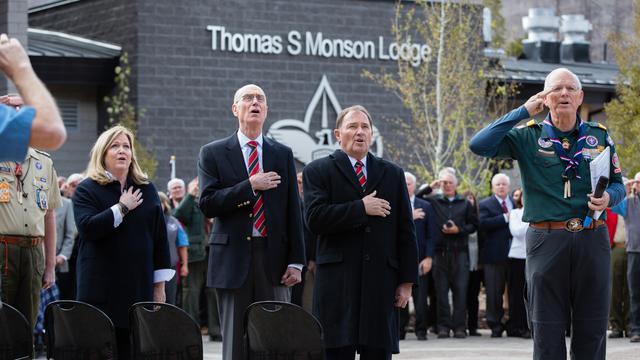 Here is selfie photo of President Eyring and friends in front of the painting. 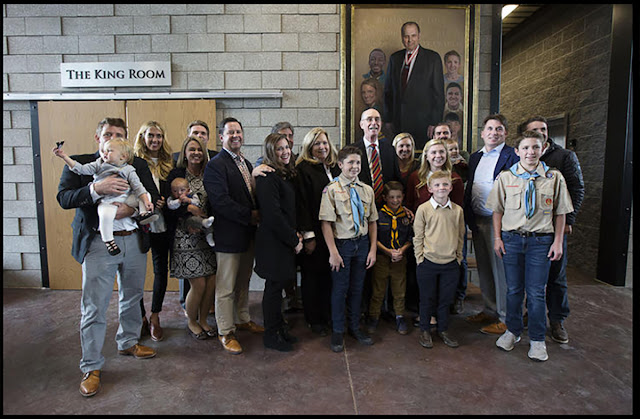 President Monson has been a member of the National Board of Boy Scouts of America for decades. Back in 1991 there was an Deseret News article that reported the dedication of another Boy Scout Lodge near Payson, UT.

In this article  Glen W. Swalberg, Utah National Parks Council president, reaffirmed the Boy Scouts of America position that the BSA would  maintain its policy on membership, excluding homosexuals and girls.

Wow have things changed since then. As we all know that the Boy Scouts of America on July 27. 2015 ratified a resolution removing the national restriction on openly gay leaders and employees, The previous statement that they will NOT be intruded upon by homosexuals and girls is no longer true. Below is a photo taken yesterday at the Thomas S Monson Boy Scout Lodge where two young girls are part of the flag ceremony. Seriously, I can't make this stuff up. 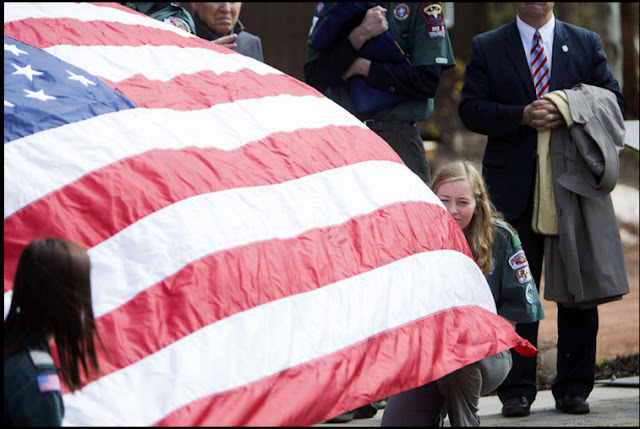