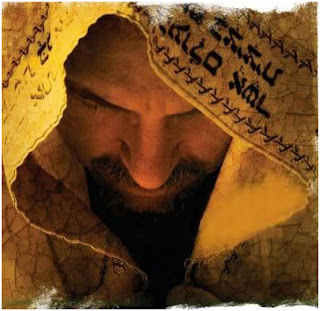 Tomorrow, starting at sundown, begins the holiest day of the year for the Jewish people. It is Yom Kippur or Day of Atonement.  It is very unusual for it to be this early in the year. This is the year in the 19th year cycle that the High Holy Days are as early as can be.  These fall Holy days usually occur closer to the Fall Equinox.

How symbolic would it be if during this 10 day window of a time to repent, a critical decision was made that was contrary to returning back to the Lord. A lost opportunity to acknowledge weaknesses and mistakes. The opportunity to course correct, and admission of past failures and wrong doing. Unfortunately due to pride, arrogance and fear, we choose to rely on the arm of flesh, and remain in sin.


Here is a past blog post entitled: Wo, wo, wo

Nephi spoke of the "Zion" of our time and said: "Wo be unto him that hearkeneth unto the precepts of men, and denieth the power of God, and the gift of the Holy Ghost." (2 Ne. 28: 26.)

Now having one "wo" pronounced upon a people is a warning of condemnation in this life. Their ways do not prosper and they suffer setbacks because they listen to the precepts of men. They fall back. More concerning is when three "wo's" are pronounced upon a people. The connotation being a condemnation which will last beyond this life and into eternity. So I take the following statement with some considerable seriousness:

"[T]hey have all gone astray save it be a few, who are the humble followers of Christ; nevertheless, they are led, that in many instances they do err because they are taught by the precepts of men. O the wise, and the learned, and the rich, that are puffed up in the pride of their hearts, and all those who preach false doctrines, and all those who commit whoredoms, and pervert the right way of the Lord, wo, wo, wo be unto them, saith the Lord God Almighty, for they shall be thrust down to hell." (2 Ne. 28: 14-15.) Three "wo's" pronounced and three names of God used to make that warning. False doctrines and whoredoms are an equivalent in this passage. That is, you are "whoring" after other false gods, and betraying the true Lord God Almighty, when you preach false doctrines which assure you, in your pride, that you are safe, elect, chosen and better than others. Such teachers are condemned three-fold.

What an interesting problem we have in front of us. No-one can trust in any man or men. All of us are required to hear God's voice, and follow Him.