A SAD STATE OF AFFAIRS 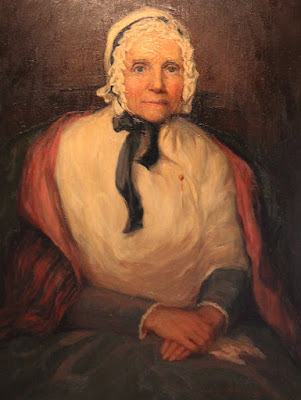 This woman was born almost exactly one year before America became a nation. She was born on July 8,1775.  Her name is Lucy Mack Smith. She was the mother of the Prophet Joseph Smith. I find it interesting that her birth matches up so closely to our Independence Day when we commemorate our freedom as a Nation.

Her son Joseph would bring forth records from prior civilizations that occupied this great land. This land is a Land of Promise that has been given to those who inhabit it by covenant.

"Whoso should possess this land of promise, from that time henceforth and forever, should serve him, the true and only God, or they should be swept off when the fulness of his wrath should come upon them. And now, we can behold the decrees of God concerning this land, that it is a land of promise; and whatsoever nation shall possess it shall serve God, or they shall be swept off when the fulness of his wrath shall come upon them. And the fulness of his wrath cometh upon them when they are ripened in iniquity. For behold, this is a land which is choice above all other lands; wherefore he that doth possess it shall serve God or shall be swept off; for it is the everlasting decree of God. And it is not until the fulness of iniquity among the children of the land, that they are swept off. And this cometh unto you, O ye Gentiles, that ye may know the decrees of God—that ye may repent, and not continue in your iniquities until the fulness come, that ye may not bring down the fulness of the wrath of God upon you as the inhabitants of the land have hitherto done. Behold, this is a choice land, and whatsoever nation shall possess it shall be free from bondage, and from captivity, and from all other nations under heaven, if they will but serve the God of the land, who is Jesus Christ." Ether 2: 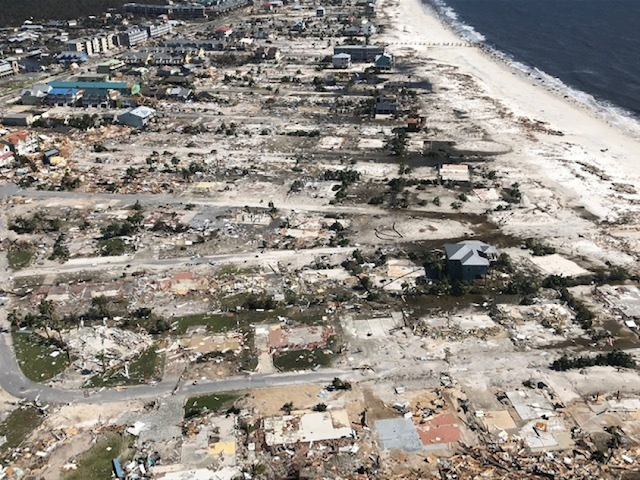 I am not sure what the "fulness of iniquity" looks like to God, but I can see if we continue down the path we are on that the Big Broom might be used soon to do some sweeping.  The warning is not that the people of this land would be destroyed, but that they would be swept off. It repeats that warning over three times. To be swept off is much different that being destroyed. It is actually worse.
In the Book of Mormon, to destroy did not necessarily mean annihilation. It merely meant to end the organized existence of a people or to terminate their government, deprive them of a land, and end their cultural dominance. In the Book of Mormon, a people were destroyed when they lost control over their government and land. Their ability to preserve their own values and choose the way they were governed was taken over by others. Once people were destroyed, they were oppressed and suffered. Often they were oppressed with grievous taxes and had religious liberties removed. Then they faced a choice: either repent, in which case they came through the period of oppression with another chance; or if they were angry and rebellious, they would then be “swept away.” Being destroyed is not at all the same as being “swept away.” It is possible for people to have been destroyed and not even realize it. But when they are “swept away,” they face extinction and cannot help but notice it.

My friend who lives up in Washington shared his comments with me early today about his opinion of what is currently happening right now in our country like the rapid decision to impeach President Trump, the protests at the Capital, and the trillions of dollars being handed out for stimulus money. I asked for his permission to share what he wrote since I thought more people might find it as interesting as I did.

Hypocrisy is an understatement. All I'm hearing from the left now is to come together and heal and embrace the new regime. Even pray for their success. All good sentiments which would be the best thing that could ever happen. But 4 years ago the same people began a daily attack on our president and his supporters that never let up, culminating in a vindictive and flawed attempt to discredit all that was accomplished to maintain our liberty and shift power from an an ever growing, self-serving government back to the people. They could never separate the man from the mission.

I'm not disillusioned enough to think Trump and his family don't get high on the power and authority they hold. Almost no human doesn't. But at the end of the day, the guy just wanted to preserve and maintain the American way of life that our founders envisioned. He worked hard at it and did a ton of good toward those ends. Now vilified, abandoned by his friends and written off as a failed president, he'll join a host of others who went before that are forgotten as history gets conveniently rewritten.I'm so tired of the media claiming that the election was fair and honest. They have distorted the truth so much that it is now impossible for the public to know where to find it. The cardinal directions are literally upside down and backward. It's a gross display of cognitive dissonance and ignorance. Thousands of people volunteered across the country to help the swing states verify the votes by painstakingly going vote by vote to verify its origin and owner. They discovered widespread voter fraud in a dozen different ways that affected virtually every state. These corruptions didn't begin with this election. It's likely been going on for two decades. This election was the first in which the winner was so far out of the normal flow of election day data, that it warranted a hard look and the loser, not being part of the establishment, was willing to go the distance to exhaust every effort to expose the fraud and reveal it to the public. That effort to bring light to the darkness was not about reelecting a disrespectful rich guy with a potty mouth so he could enjoy the power for another 4 years.... it was about ensuring the integrity of future elections. Had he been re-elected, you can bet that he would have enacted laws to reform the way we vote to make sure it never happens again.But now that those who benefitted from the fraud are in power, the result is exactly the opposite. They will ensure the vote only goes one direction. I do not forsee another conservative, constitutional Republican ever being elected to the Presidency.We had a shot to fix this and it's now passed. It's not time to heal, nor time to come together as a country. It's time to flee. Neither party has the right to claim God's favor and certainly nobody anywhere in local, state and federal governments are using this opportunity in the way God intended, which is to warn people to repent and return. I have no idea how the Lord intends to help us escape all this, I just know that he does and has prepared the means.Unlike some, I'm not counting calendar days, thinking about times, time, and half-times, making comparisons to Nauvoo and the time it took them to build a temple, and otherwise mapping out how I think the Lord will handle the next 5-10 years. I hold the opinion that if you think you have it all figured out, you can be sure you are wrong. I ask the Lord every day to just show me the next step and hope like hell I don't turn a deaf ear or a blind eye to it. One step at an time is all I've ever been able to accurately perceive of God's hand in my life and that's likely never to change for me.Although my heart is sad in all this. I know that on the other side of it is something glorious and beautiful. I hope I live to see it.

I have always struggled to read about God's wrath or anger and how he might "punish" those who do not abide to His laws. When we read those scriptures in Ether about the fulness of his wrath coming upon us when we are ripened in iniquity, I don't necessary imagine a God who has lost his temper. The following quote from the book, Nephi's Isaiah helps clarify what God's anger really is.

We will finally see the events of history are culminating in a great, final effort to reach us. The “anger” (caused by our rejection of what was offered) is now “turned away.” Actually, it wasn’t really anger. It was our refusal to accept what was offered. We regard it as anger when we can’t get from God what He offers on condition of obedience. We disobey, lose the blessing, and think God is angry with us. It is our perception, based upon our selfish view of everything, that He is angry. We want our God to bless us, and we want to be able to offend Him, too. But since He “cannot look upon sin with the least degree of
allowance,” we are asking the impossible when we want Him to accompany us as we trample through and among the filth He asks us to avoid.

As we finally repent and decide to do as He asks, His Spirit returns. We then rejoice and say His anger is turned away, and now He is there to comfort us. All along He was willing to do so, but we are difficult companions. As we reform and the Spirit returns to us, we take great comfort in finally receiving what He offered all along.

Posted by BARE RECORD OF TRUTH at 9:24 PM No comments: