THE EMPTINESS OF THE NEW MOTAB LOGO

Here is the historic Mormon Tabernacle Choir logo that has been recognized all over the world. It highlights the iconic Salt Lake Tabernacle Organ pipes, along with the recognized name of 'Mormon' in the  Mormon Tabernacle Choir. The choir was founded in August 1847, one month  after the Mormon pioneers entered the Salt Lake Valley. It has been a huge missionary tool for the Church. The branding is just a recognizable as the letter 'M' for McDonalds and an 'Apple' for the Macs. However, it has been changed. The new logo and name was released to the press yesterday. 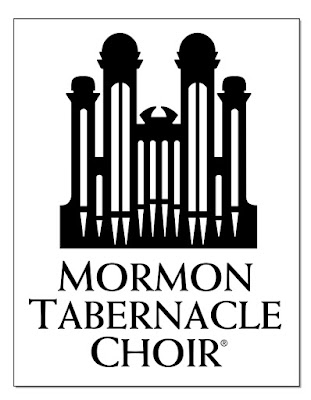 If you were to take only the empty space of the original logo of the Tabernacle Organ Pipes,  this is what it would look like. 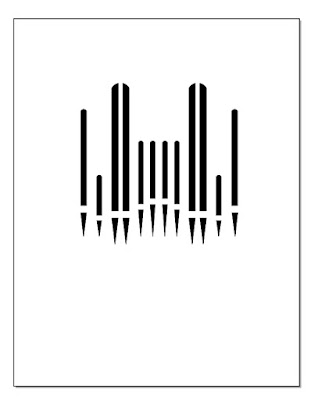 And now... here is the newly released logo for the Tabernacle Choir. Looks like just the empty, negative space of the former logo. Some of the people who have seen is it for the first time have said that is looks like a building (like the Great and Spacious Building) without a foundation. Other have said that is looks like a frowning face that cuts through the pipes. (unlike Amazon's and McDonald's smiley face) 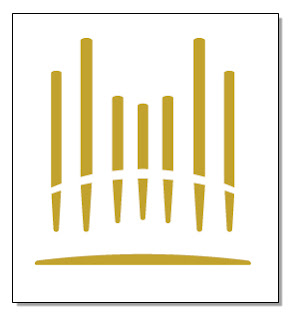 This is the logo with the text. (which looks a little better)

It is interesting that this hollowed out image of the original logo is the base for the new logo. Removed is the solid form of the well known Tabernacle Organ pipes, as well as a reduction to the number of pipes (from 12 to 7). What is left is the empty space of the original logo along with the deletion of the word Mormon. I am not sure this new logo will ever have the impact that the original logo had, but I could be wrong.

Sidenote:
In recent years the choir has struggled to represent the actual members of the Church worldwide. Choir members need to live within an hour of Temple Square and be current temple recommend holders. The choir members are 99% white, despite the attempts to focus heavily on close up of those members of color during General Conference. I read today that the choir now only represents the super orthodox Utah segment, and it has lost the ability to represent the church because it is only an idealized white-washed version and not an authentic representation of the members of the Church worldwide. If you can sing, live within 100 miles of the Salt Lake Tabernacle, member is good standing (translation: have a current temple recommend), and are ethnically diverse, you should audition to be a choir member.