Below is the best quote from last week's General Conference.

"If spiritual growth is not a priority in our lives, if we are not on a course of steady improvement, we will miss out on the important experiences that God wants to give us. Years ago I read these words of President Spencer W. Kimball, which had a lasting impact on me. He said: “I have learned that where there is a prayerful heart, a hungering after righteousness, a forsaking of sins, and obedience to the commandments of God, the Lord pours out more and more light until there is finally power to pierce the heavenly veil. ... A person of such righteousness has the priceless promise that one day he shall see the Lord’s face and know that he is.” see footnote (1)

The reason why this quote is so important is that it is referring to those who have received a testimony of Jesus in the flesh. This is the fulness of the Gospel. This beautiful priceless promise  is contained is scriptural (D&C 93:1)  We don't hear much about this anymore from the pulpit, especially since Joseph Smith (with the exception of a few talks given by Bruce R McConkie.)

Yesterday, I took a few photos on an early morning hike. I looked up and noticed an alignment of three heavenly lights in the early morning sky before the sunrise. The lowest star has the least amount of light. The middle light was a little brighter. The highest light was the brightest. The equal spacing between these three lights was beautiful. 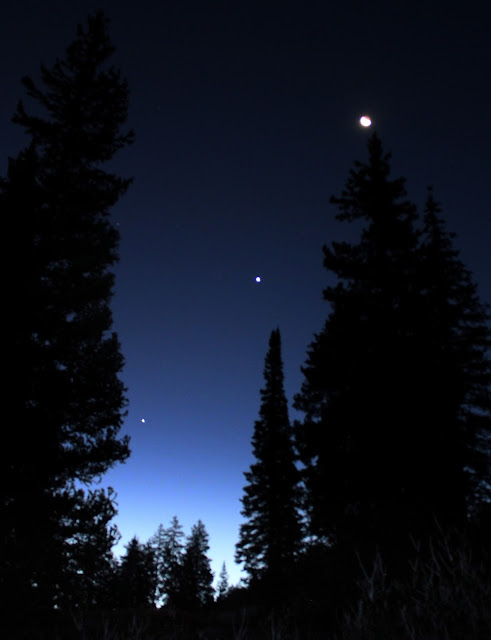 Here are a few more photos I took that morning:

This is a photograph of the water reflection of the mountains in Lake Katherine. I have inverted the photograph to show that water was so still that the reflection actually looked real. 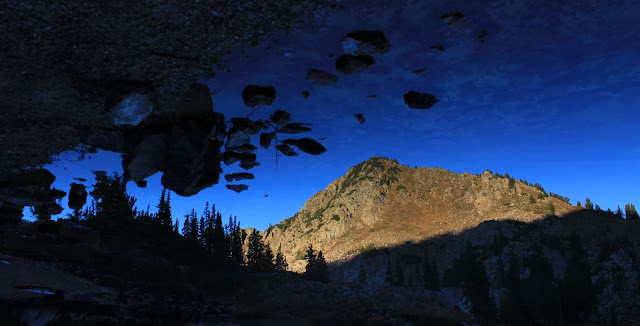 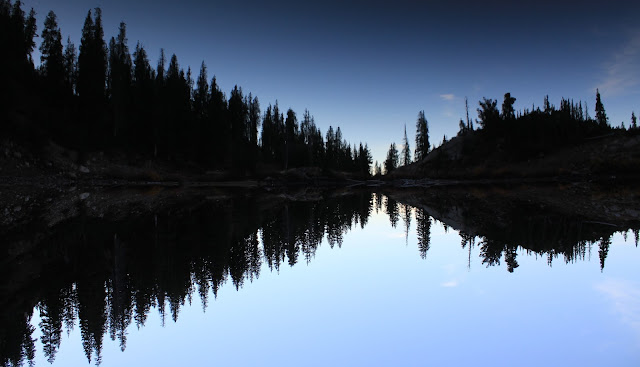 Footnote 1:
From the General Conference talk given by Larry Lawrence  who is one of the "least" of the General Authorities. He had previously served as a member of the Fifth Quorum of the Seventy but is now in the second quorum of the Seventy. I hope Bishops around the world will choose this talk as one of the assigned "rehashed" conference talks for Sacrament speakers to regive during the next 6 months.

BTW:  Elder L. Whitney Clayton was just called to be the President of the Quorum of Seventy, the next highest calling in the heirarchy. Many thought he would be one of the newly called apostles. Once another apostle dies (or even President Monson), he likely will be the next one in line.

Also here is an interesting  Media Blitz for the Church/MoTab Choir that will air tomorrow on ESPN at the Utah Football Game.