.
The recently dedicated Jerusalem Movie Set built by The Church of Jesus Christ of Latter-day Saints is currently being used to produce Church films. The new set is located on the LDS Motion Picture Studio South Campus in Goshen, Utah. (interesting is that the city of Goshen used to be called Sodom.)

The LDS Motion Picture Studio has developed some 830 acres — a square-mile area – into a parcel of the ancient Holy Land that includes replicas of parts of old Jerusalem, Bethlehem and other New Testament-period places.

"If you compare this to shooting on location in Jerusalem, this is a far less costly option," said Elder Robbins. He declined to disclose property, set or project costs, saying the LDS Church keeps its financial information confidential. This set has been built to last over 20 years..  (maybe with the intentions to eventually have tours (like the backlots in Hollywood) 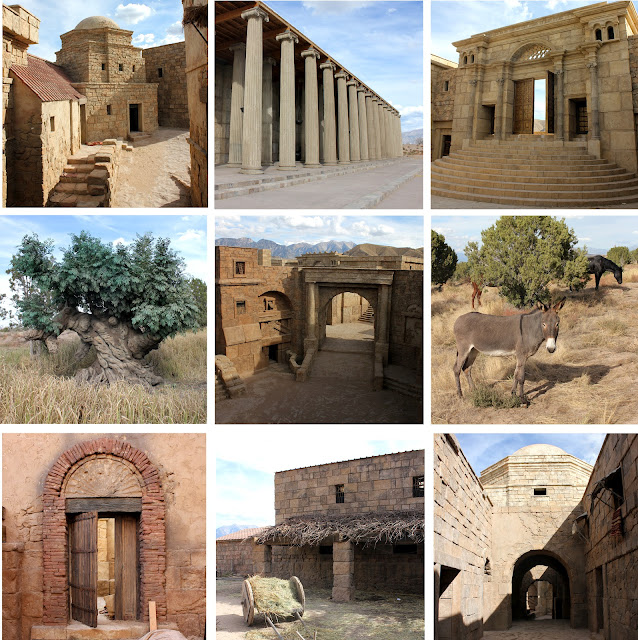 Sidenote:  Reality vs Look-Alikes.  In creating movies, a movie "set" is built, which is made to look real, but it is not. The viewer is only able to see what the director wants you to see. Actors perform who are not the real characters. It is pretend.. they are look-alikes for the real thing.. A close friend of mine recently wrote  a  list about Look-alikes.  Here are some of them from his blogpost.

The City of Goshen (formerly known as Sodom)...... for the Holy Land.
Posted by BARE RECORD OF TRUTH at 9:33 AM

hmmm, the new films (I've been watching them regularly) are disappointing; there is something 'not quite right' about the man who plays Jesus.

Just my opinion, however--

and my personal preference.

This is very interesting. Not sure what to think--

Making movies portraying what Jesus said vs. Caring for the poor as Jesus said

Anonymous...I thought the very same thing about the actor they chose to play the part. Something doesn't settle with me very well about him.