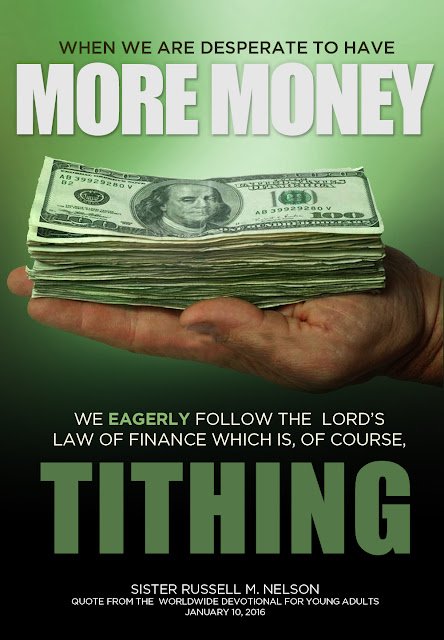 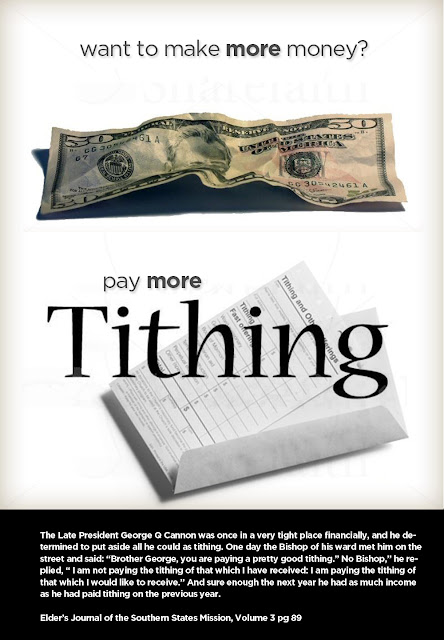 Posted by BARE RECORD OF TRUTH at 9:53 PM

I guess its ok for Malachi to say we will receive in return 10 fold, but not a modern prophet.

I wonder why Utahans make below average wages, compared to the US average but have the highest percentage of tithing payers.

Why are blessings always money? Wouldn't money be one of the more worthless blessings the Lord could bestow?

There once was a woman named Wendy
Who said paying tithing was trendy;
Pay more than you owe
To get much more dough;
The prosperity gospel is spendy.

I remember growing up in Utah they would say that Utah people had the best work ethic and everywhere else was lazier, but they also said that wages and incomes were lower in Utah. Somehow this dichotomy did not quite make sense. If every where else people were lazier, how did the economy of where ever they lived support them having higher incomes?

Except Malachi was not speaking to tithe payers but to the priests in charge of dispensing the tithes to the poor.

The Lord has counseled thru someone whom I know quite well to pray for the general authorities...this is their reality, most of them actually believe the things they teach. Pray for the scales of darkness to be taken from their eyes. Pray for them and forgive them.
James Russell Uhl

James, I think you are on to something for sure about praying for them and forgiving them. I see I was not that much different years ago. I feel in order to be part of Zion we will need to be filled with Love, and like Christ say "Father forgive them, for they know not what they do." Some may and do know what they are doing in leading others astray, but if we give them to the Lord then He will deal with them as is necessary. The challenge is to keep our hearts clear so the Spirit can clearly speak to us.
In closing though, its sad we are now appealing to the pocket book to WINFM (Whats in it for me).
Brian

Send in Abinadi to get the Alma.

I thought the objective was to consecrate all that we have. And you're complaining about paying a generous fast. And you claim to want to establish zion.

I didn't start seeing financial blessings in my life until I stopped paying 10% of my gross wage and started making it a matter of prayer and thought as to how to define surplus, and then started paying 10% of that. Unfortunately, it took losing my house and spending lots of my parents' money to bring about this change of heart. Things are much better now, and my poor face is even a little smoother (having been ground for so long).

It would, of course, sound silly to someone who has never experienced this. I, however, have taken the leap of faith and have received blessings beyond measure; so yeah the miracles are real. Greed and purposful disbelief would tell you otherwise. Tithing is between one and the Lord. When one sees it that way, one will truly understand.