The new upscale commercial office tower, 95 State at City Creek, that the LDS Church has been building is almost complete. It is the latest addition to the Church's City Creek Center. The skyscraper will be Utah's third tallest building, behind the Church Office Building and the Wells Fargo Building. The Church builders announced that this will be Salt Lake City’s newest state-of-the-art, 25-story tower that contains approximately 515,000 rentable square feet. Connected directly to City Creek Shopping Center through The Link, an underground pedestrian tunnel beneath State Street, the building is centrally located right in the heart of downtown. Here is an archived News Release LINK. 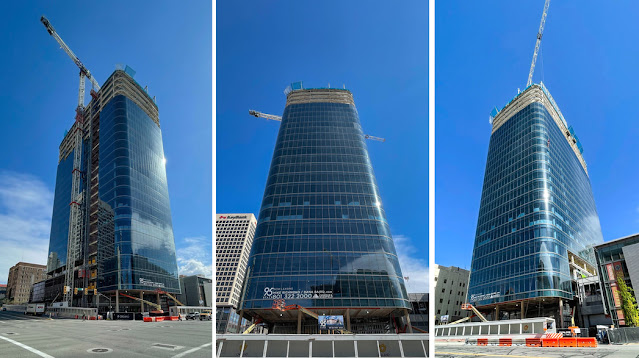 One of the most impressive features of this skyscraper is the 11 FT floor to ceiling glass which are an integral part of the distinctive architecture. There will be specialized blinds that will ascend and retract automatically throughout the day–providing worry free impact of sun/heat on employees. Here is the architect rendering of what the offices might look like. 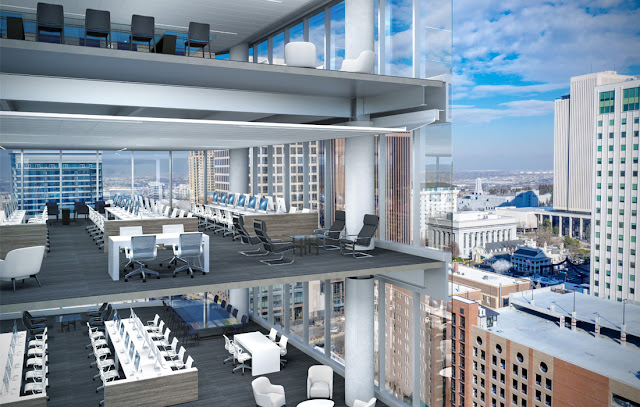 The building is located just a block south of the Brigham Young's Beehive House and the Eagle Gate as seen in the below photo. While the location is great, it will be interesting to see if the Church will have difficulty renting the offices with more and more businesses allowing their employees more flexibility to be working from home. 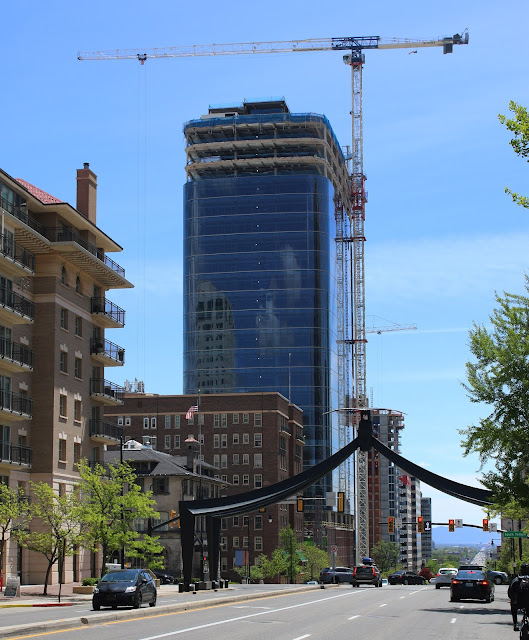 Sidenote:
In another news article this week, it was announced that the LDS Church made millions and millions in profit on buying stock in GameStop, a company that sells video games. Here is a LINK TO BUSINESS INSIDER article 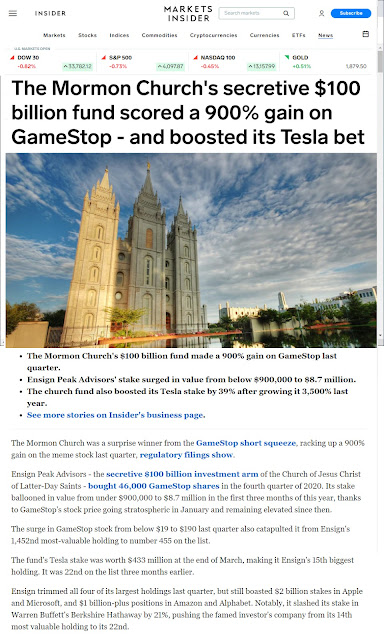 Clearly the LDS Church is wealthy, owning billions and billions in stock, including Video Game  company's stock which have made 900% gains. The Church also continues to expand their retail and commerical building projects. What I find so ironic is that this year we have been studying the Doctrine and Covenants in the Come Follow Me manual. I read this week the following verse from Section 104.

18 Therefore, if any man shall take of the abundance which I have made, and impart not his portion, according to the law of my gospel, unto the poor and the needy, he shall, with the wicked, lift up his eyes in hell, being in torment.

Therefore, if any man shall take of the abundance which I have made and impart not his portion, according to the law of my gospel, unto the poor and the needy, he shall with Dives lift up his eyes in hell, being in torment.

The original wording the Doctrine and Covenants used the work "Dives" instead of 'wicked'. For those who don't know why the reference to Dives was used, Dives was the used in Christ's parable of the rich man and Lazurus found in Luke 16: 19-31.  Jesus told this story between an unnamed rich man and a poor beggar named Lazarus. The traditional name Dives is not actually a name, but instead a word for "rich man".
We would do well to take these warnings from the Lord seriously and take of the abundance and impart unto the poor and the needy. It doesn't bode well for those who continue to acquire more and more wealth and continue to build taller and taller buildings and not impart to the poor and the needy. Heavne forbid that we could find ourselves next to Dives in hell being in torment.
Posted by BARE RECORD OF TRUTH at 1:56 PM